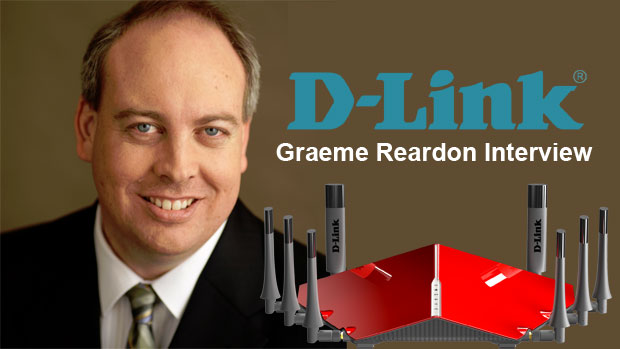 GadgetGuy spoke to Graeme Reardon, Managing Director D-Link Australia. I wanted to get D-Link’s take on the future of home networking.

Is Mesh the future of home networking?

GG: Everyone is talking about ‘Mesh’ networking as if it is the messiah come to rescue us from poor home Wi-Fi. Is it the future of home networking?

GR: Mesh is fine in its place. D-Link has the new Covr-C1203 Seamless Wi-Fi System that is essentially three AC1200 devices – the router and two repeaters. It should cover up to 465m2, possibly more, but a lot of that depends on router and repeater replacement.

Mesh uses ‘back-channels’ to communicate between the router and satellites. The Covr-C1203 is a dual-band system, and it uses the beamforming and MU-MIMO capability of the antennas to distribute Wi-Fi using the same SSID (network name) throughout the house.

GR: Yes. We announced this globally at CES 2018 in Las Vegas, and are getting closer to launching it. It is tri-band meaning it can dedicate a 5GHz channel as the back channel. That is full duplex, so it means you are not time sharing the bandwidth. It should handle a home up to 550m2.

The base station is an AC2200 tri-band (2.4GHz 450Mb/s and 2 x 5Ghz 867Mb/s) unit, and we pair this to another AC2200  extender, so using higher AC speeds will mean that the range is even better and faster, despite having only two units compared to the three in the Covr-C1203 solution.

So, mesh is not the messiah?

GG: You said Mesh is fine in its place. What do you mean?

GR: Mesh is great to blanket a home in [lower speed] Wi-Fi. Currently, out-of-the-box Mesh solutions don’t give the top-end speed that a high-end router or modem router solution offers. Our AC5300 Tri-Band Cobra Modem Router has the raw speed, especially when you have multiple devices.

Where we see the biggest Wi-Fi issues, outside of general coverage issues at the extremities of the home, are where people have a lot of devices in certain areas, normally around the lounge or TV Room, which is often towards the ‘back’ of the property (i.e. away from their Internet connection).

This is where people often have a large Smart TV, their gaming consoles, their AV Receiver, they use tablets and mobiles a lot there too, and we call this area within the home the “PowerZone”. This is the zone where you need the best and fastest Wi-Fi within your home. The rest of the home just needs good Wi-Fi coverage, as you don’t necessarily have lots of devices all vying for the fastest speeds.

So we developed our PowerZone solution, which takes the best of both worlds, coverage and speed, and allows flexible solutions designed for every customer’s need.

For example, you might want a high-end Modem Router designed for the NBN (such as our Cobra again) to give you the best speeds in your PowerZone. But you might still have some Wi-Fi black spots at the edge of your home.

So, you can buy a PowerZone-enabled Wi-Fi Range Extender, and with the press of a button on each device, extend your Router’s network with the same network name, and essentially give yourself a Mesh solution, extending the range of your high-end router with Wi-Fi in the extremities.

Are there other alternatives distribute internet?

GG: You know I am a fan of the PowerLine Ethernet-over-Power adapters. I use them even when the Cobra has some coverage as Ethernet is more reliable than Wi-Fi.

GR: If you cannot get a good Wi-Fi connection to an extender, then you can use the PowerLine AV2 Ethernet-over-power adapters to provide up to a 2,000Mb/s cabled connection to the main router.

PowerLine is often overlooked when trying to extend coverage, even to the outdoor shed. It is reliable, often faster than Wi-Fi, and doesn’t have the same environmental variables to deal with such as fluorescent lights, microwaves, steel frames etc.

Just plug each Powerline device into your wall electricity socket, and you will automatically have a PowerLine network. They are especially good when going between floors of homes, or long distances that sometimes Wi-Fi just can’t reach.

GG: Wi-Fi AC has just about reached its peak regarding speeds. I notice a few companies offering Wi-Fi AD-based routers.

GR: Wi-Fi is simply a way to transmit data. If you recall your old physics lessons, the higher the frequency of a radio wave, the less the distance it will travel, unless you increase power to compensate. As such, with the same power, the 2.4Ghz Wi-Fi band transmits further – up to around 100 metres line-of-sight, whereas the higher frequency 5GHz band transmits up to around 30 metres line-of-sight, however, 5GHZ offers much faster speeds at these distances.

Wi-Fi AD uses the very high-frequency 60GHz band, but as we just described, it may be very fast, but unfortunately, this sort of frequency of signal can be stopped by a pane of glass or a vase or flowers, so it’s pretty useless as a Wi-Fi replacement for most people. While it boasts 7Gb/s speeds, these are over very short line-of-sight distances, and there are few client devices with AD networking adapters anyway.

So, is Wi-Fi AD the ‘near’ future of home networking?

GR. No we don’t think so. D-Link has decided to skip Wi-Fi AD as it is problematic and go directly to Wi-Fi AX. This extends upon the AC standards using the existing 2.4 and 5GHz bands. It is the logical successor adding

GG: Thanks for the technical explanation. So what you are saying is don’t waste money on Wi-Fi AD and wait for Wi-Fi AX?

GR: Yes and no. New client devices supporting Wi-Fi AX will get faster speeds from Wi-Fi AC anyway. So don’t put off buying a new router until late 2019 because you will still get benefits now.

Security on the router – yes/no?

GG: The next big thing seems to be to run security software on a router. What is happening there?

GR: I think every manufacturer will eventually partner with a security software vendor to enable end-point protection for every device attached to the router. But be aware these are going to have annual security software subscription fees (let’s say $100+ per year) and the router itself will be more expensive as it needs higher specifications in processor, memory and storage. Don’t forget that the more processing, deep packet inspection, anomaly detection etc. done in hardware will slow the device down.

I think there will be two stages. Hardware-based routers will come to market first. But I think the second stage where a lot of the processing is done in the cloud before the internet gets to you may be the best alternative. We are looking at both alternatives.

What is D-Link’s take on the future of home networking?

GR: I think there is a lot going on already! We have covered:

I think we will continue to see easier setup via smartphone apps instead of the old 192.168.0.1 management console.

Apps will allow us to build in more smarts to recognise things like Wi-Fi band congestion and types of devices connected so we can load balance. It will also allow us to keep logs on internet connections and speeds.

I also see routers coming in ultra-small, discrete packages (like our Covr) but at the other end of the spectrum, we may see more antennas – larger routers – to cope with more devices, but hopefully with nice designs to have people feel comfortable to have them placed around their homes.