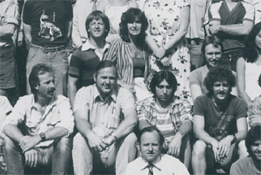 Acclaimed US documentary maker Ken Burns didn?t actually invent the so-called ?Ken Burns Effect?, but he used it with such panache that the name has stuck. So what is it and why is it so widely used? Denby Smith investigates.

Video is all about moving pictures, right? Well, almost. Still images can be very effective when used in video programs even if they?re just shown fullscreen like a PowerPoint presentation. But if you introduce movement or resizing to your stills, the power of the images increases dramatically for reasons that are not immediately apparent.

It would seem unlikely that an entire television documentary series could rely exclusively on still images and even less likely that it could be so emotionally gripping that audiences would occasionally be reduced to tears. And yet that is precisely what Ken Burns achieved with his memorable nine-part series The Civil War, released in 1990.

All the latest NLEs come with some kind of Ken Burns Effect built into them, from iMovie?s basic, check-box style on/off option, to the customised automation of VASST?s Ultimate S package which we?ll look at in more detail later. First let?s see what the Ken Burns Effect is and think about how it works.