The three games you must buy your kids this holiday season 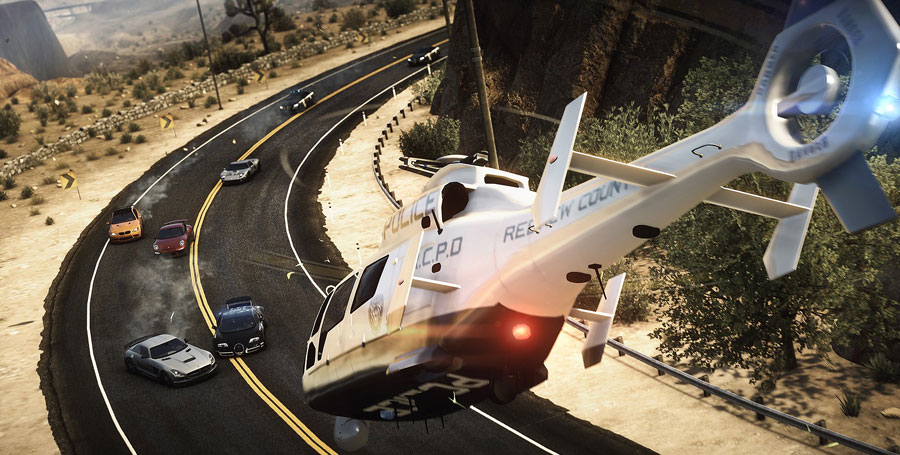 Buying the right video game for your kids can be an exercise fraught with danger. Not only do you have to keep up with what are the biggest and baddest new releases out there, you have to consider whether you really want you little ones screaming out stuff like “Woah! Awesome chainsaw kill!” at a time when you’re supposed to be wishing peace on earth to all.

A lot of video-games are still very bloody, very juvenile affairs where you could be forgiven for thinking that they’re all designed by 20-something nerds who have never kissed a girl, driven an actual car or held a real weapon in their hands.

OK, maybe we can forgive them the last one, but the truth is it’s easy to grab the wrong game and have Granny choking on her Christmas pudding as she witnesses blood and gore on the TV when she’s expecting to be watching the Sound of Music.

We wanted to bring you three really good options that avoid all of that this holiday season, so if you’re only going to buy one game for your kids, you can’t go wrong with one of the following:

Why buy for the kids? To practice hand-eye coordination.

As you work your way through the game as a racer, you unlock increasingly better cars (on the cop side, cars are unlocked for free as you make your targets) and they become amazingly quick. Navigating the winding roads and turns at colossal speed with your lights blazing while trying to keep a racer target in your sights so you can get a lock on your disabling EMP device is a feat fit for a driving king, and your kids will love it.

The only downer is the cringingly-bad voiceovers in the interstitial video sequences between levels. Mercifully, you can skip them, but not before bearing witness to several seconds of the most banal and clichéd nonsense you’ll ever hear about the tough lot of a cop or the hippy values of a racer from a voiceover tragic.

You’re not locked into your choice, as you can switch sides between law enforcer and law breaker at any time, but if you have a kid who likes bending the rules (who doesn’t?!) and another who likes everyone to play nice, Need for Speed Rivals could be the solution this holiday season.

Why buy for the kids? To teach them that sometimes you have to make a stand (and do your homework).

You may not have noticed, but Batman doesn’t kill anyone. Ever.

What he does do, however, is stand up for justice, track down the bad guys and deliver them to the law – a good lesson for the kids in itself! – while flying around the joint deploying all sorts of awesome gadgets. Batman has all the toys to go with that sense of integrity and, in Batman Arkham Origins your kids will have a whale of a time exploring the massive city looking for wrongs to right.

The combat model in Batman Arkham Origins is designed to make everyone who plays it feel like a proper superhero (or super-enabled crime fighting guy, for the purists who are going to say Batman isn’t technically a superhero). This means that you can easily defend yourself with the press of a single button in most cases, making this something that even the youngest child in your family could enjoy.

And, since they’re all bad guys and you don’t get to see any blood, there won’t be any nightmares afterwards.

But all this cavorting around a city dressed like a bat doesn’t come cheap. Batman has to work hard at being the world’s greatest detective and the game is peppered with instances where the kids will have to back track through an incident and work out what’s happened. It’s fairly automated, but the principle is interesting and puts some fancy graphical trickery on display.

There are plenty of puzzles dotted around the environment too, yielding rewards if you take the time to do your homework and work them out!

The interface isn’t much different from the last game and can be really awkward mid flight or during any of the more hectic scenes. Combat can become tiring, too, as you seem to get stuck in a bit of a button mashing cycle.

But overall, Batman Arkham Origins is a superb depiction of the Caped Crusader and an outstanding choice for the holidays.

Why buy for the kids? To strengthen their puzzle-solving ability

The latest in a long line of successful LEGO games, Marvel Super Heroes gives your kids an enormous roster of super heroes to choose from (and you can switch between them at will during Freeplay sessions), all of whom have entertaining super powers.

There are easily over 150 heroes (both super hero and super villain) on the roster which will assuage even the most ADHD-like symptoms in your kids over the holidays. Better still, like all LEGO video-games, this is better in multiplayer and a real hoot in with a couple of controllers played on the same screen, so gather friends and family around the TV with this game and take turns with the controllers.

Each level presents challenges on how to maximise your coin count (hint: try smashing absolutely everything you see) and how to reach different levels, doors or other objects to proceed to the next stage.

Many of the characters are either really endearing or just have super, super cool transformations when they use their powers (our favourite is the Hulk) which, coupled with the huge Marvel playground the game offers you, will result in hours and hours of fun gaming for your family.

There’s even a completely stress-free option to play, in ‘Freeplay’, where you can just tootle around as you like, with nothing in particular to do (we find that the younger kids love this one).

There are a few issues with the game; not least the extremely annoying dynamic split-screen function that seems to change its mind every few seconds and makes you lose track of your character and, disappointingly given this is the umpteenth LEGO game title, a woefully dodgy camera, but LEGO Marvel Super Heroes is just brilliant in cooperative play and just…plain…fun…with no worse consequence throughout the entire game than something exploding into a shower or LEGO parts.