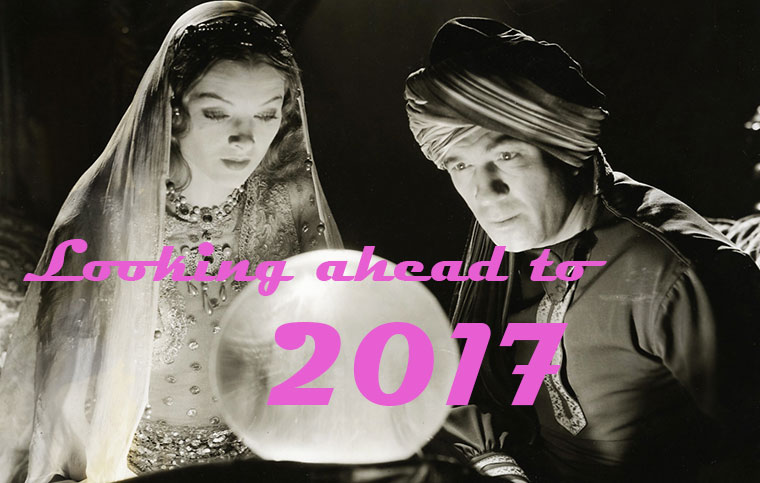 We’re not so sure that 2016 represented a stellar year in gadgetry. Sure, there were all round improvements in all kinds of areas, but they tended to be incremental rather than revolutionary. They suggested the way things might go in the future, rather that bring the future into our homes and offices right now.

And they also included spectacular failures that actually involved smoke and flames (yes, the Samsung Note7).

We’re hoping that 2017 is going to more exciting – without the fireworks, but with lots of products that make our lives easier and (quietly now!) a lot of fun.

Here are a few things we see coming. Well, in some cases, hope to see coming.

Yeah, yeah, it’s just another variation of the Microsoft Surface Pro theme that’s been around for some years: a touch screen computer running Windows 10. But we have a feeling the Surface Studio – which is due to launch early this year – is the start of something almost revolutionary in computing.

To recap, the Studio is a large screen Surface Pro, 28 inches rather than a mere twelve. Obviously it’s not a portable. It is designed for a desk, and in a sense can become the desk, thanks to a flexible stand which not only holds it upright, but allows it to adopt the position of a drawing board, gently tilted up to towards the back.

This strikes me as the first step to the full smart desk, with freeform windowing and computing on a massive display. You will be able to type, have virtual post-its for scribbling with the stylus, have context sensitive control with the Surface Dial. Imagine if the Surface Studio were 48 inches instead of 28, and offered an 8K (8192 pixels wide) for photo-realistic display up close. I can see it coming … although not this year.

With it hitting consoles, now, and more viewing options rolling out, we’re expecting virtual reality to really gather steam. To remind us all, VR is a system that makes you feel like you’re actually in a scene, not just looking at it on a screen. It does this using a headset (of course) with independent screens for each eyes. These allow a 3D view, but more importantly, the system tracks your head’s physical movements in space. Turn your head to the left and the view shifts just as if you were in the scene. Look up and you see the “sky” or the “ceiling” according to the scenario you’re in.

If you’re using headphones, the sound also shifts to match. You can’t smell things. You can’t feel the breeze on your face. But it is remarkably close to experiencing the real thing. With consoles, games are likely to be driving VR as we see a boom in the development of games designed to take advantage of it. But with technology this new, what “killer applications” might develop remain to be seen. Perhaps it will even be shopping: even retailers are experimenting with using VR to help you shop.

Meanwhile, you can play around with VR now at very little cost using your smart phone and a VR adaptor, such as the model from Kaiser Baas

For a more detailed primer on how VR works, check out our article from a few months ago.

Virtual reality is sort of like going to other worlds. Augmented Reality – sometimes called “mixed reality” – is more like overlaying other worlds on our own. On early example might be the “heads up display” in a fighter plane, or some proposed car displays, where information is projected onto the windscreen in front of the real world outside.

With Augmented Reality glasses, high resolution graphics can be overlaid over what you’re seeing. Microsoft is leading the way with its HoloLens, but so far that has been available only in the $US3000 “Development Edition” or the $US5000 Commercial Edition. It’s likely to appear for consumers this year, but we’ll wait and see.

What’s going to happen with phones?

Lately phone technology seems to have – well, not quite plateaued, but slowed in the rate of improvement. If anything, old features like headphone sockets are being shed (see iPhone 7, Moto Z). But there’s one direction, it seems to us, in which there’s room for significant improvement in phone usability.

Until they started generating undue physical heat, the Samsung Note7 was universally praised as one of the best smart phones on the market. In large part, that was thanks to the combining of a  flagship phone with a stylus.

Sure, fingers are great for hitting the numbers when dialling, or choosing contacts from a list, but the precision of a stylus on glass makes for rapid note taking – combined with handwriting recognition –and working with much more complex tables and data.

We can’t wait to see the Samsung Note8. Whatever imperfections it may include, we’re confident an unsafe battery won’t be amongst them.

A few hundred thousand more Australians are likely to get access – at last – to world class Internet speeds, as the NBN extends its penetration of this wide brown land. They can expect connection speeds of up to 100Mbps, depending on the technology mix employed in their area.

Of course, the rest of us can expect to remain in locked for one or two or three more years in the development freeze that has engulfed Australia this past decade until the NBN finally gets around to our areas.

TVs getting faster and smarter

When smart TVs first appeared, the used in-house systems for providing the smart features. That was necessary in part because they didn’t pack much computing power, so all the features had to be carefully optimised for performance. Even so, they tended to be slow and clunky.

But over the past few years the major makers have dropped all that and adopted real computer-style operating systems. WebOS (LG), Tizen (Samsung), Firefox OS (Panasonic), Android (Sony) and all of these are, somewhere in their depths, Unix-based. Apps can be ported relatively easily (by developers, not by you or me!) from one to the other. But they need more grunt to run.

Premium models now routinely use four core CPUs. Expect as computing power continues to get cheaper for snappier performance from all models, both premium and further down the expense list.

A Berkely PhD Linguistics candidate recently remarked during an episode of “Westworld” that natural language recognition still has a very long way to go. I’d be the last to dispute that, but what has been astonishing has been how Cortana, Siri and Google Now have rapidly become very usable.

In large part, that’s because their listening vocabulary is very tightly constrained. Each handles only a few dozen key words, and responds reasonably predictably to them. Over time, as the vocabulary expands, they’ll be seemingly more lifelike. This won’t be a big bang change, but a smooth and gradual enhancement in capability, both this year and for many into the future.

But, as she noted, Siri and the others are unlikely to soon be able to distinguish between a statement and a question by means of a rising inflection.

The other big change this year in TVs is the introduction of Dolby Vision. This is a higher level of the High Dynamic Range enhancement that arrived this year. Both allow for brighter whites and darker blacks, with Dolby Vision pushing the boundaries and including a more efficient way of communicating the necessary signal.

But that means that TVs are going to need to be able to go both brighter and darker. And that’s doing to be all to the good.

This one’s easy. The data connection of choice to be increasingly used this year on computers (Mac and Windows) and phones will be USB Type-C (aka USB-C). It’s reversible and easy to plug in. And it’s an all-in-one connection … potentially. A full implementation also supports charging (at last, universal chargers!). And Thunderbolt 3.0 for such things as faster data transfers and the support of monitors.

The one remaining question: will the iPhone 7s (or whatever it is this year) also switch from Lightning to USB Type-C

Is a new social media platform around the corner, about to topple Facebook from its perch? We doubt it. But what’s likely to happen – and has been announced by Facebook – are measures designed to fight against “fake news”. Regardless of whether or not it swayed the recent US election, as some have alleged, the wide repetition of falsehoods across platforms such as Facebook is a net negative in our collective intelligence.

Facebook has announced that it is partnering with some fact checking outfits, such as snopes.com and PolitiFact to flag content which they consider to be false or fake. How thoroughly or accurately this will be done remains to be seen, and we’re entitled to have our doubts.

We’re of the view that the one thing that won’t change is that you should do your reading, whether on social media or other online sources, or indeed in your local newspaper, sceptically. If something seems amazing, check it.