The last time we heard from Huawei around these parts, it was showing off a big, big phone, but now it’s time to look at something for everyone’s pocket, with the world’s thinnest handset hitting stores locally.

Classed as part of Huawei’s “performance” line of smartphones, the Ascend P6 is the first handset the company has made that will make you question what is the limit of thin. Beating other manufacturers, the smartphone boasts a thickness of 6.18mm, and doesn’t need to resort to any tricks to achieve this, such as camera extrusions jutted out backs.

Rather, the flat design borrows some of the aesthetics we’ve seen in the iPhone 4/4S — the metal sides — and then slopes the bottom, creating a device that features a soft yet elegant design, that is, as the company says, “impossible thin.”

“We have put an extraordinary amount of effort into designing the P6,” said Jephix Liu, Huawei’s Product Manager in Australia. “The precision level of this device is something we’ve never achieved before.”

Inside the device, Australians will find a quad-core processor, 2GB RAM, 8GB storage with support for more via the microSD slot, 4.7 inch 720p HD screen, and a battery with 2000mAh of juice inside.

The rear camera is an 8 megapixel back-side illuminated module with f/2.0 glass, while the front camera supports a never-before-seen 5 megapixels, meaning that self-portraits or “selfies” can be higher megapixel than the user one to two megapixels we see in competing smartphone cameras. Huawei is adding to the megapixel count with a “beauty” mode that can help to reduce wrinkles and lines on the face of people during a selfie mode, with a control from one to ten changing just how much impact this feature has on your face.

Android is the operating system of choice, hardly a surprise since it’s used to often on Huawei handsets, and while the very latest version 4.2.2 is here (Jelly Bean), it also runs a similar operating system overlay to what we saw on the massive Huawei Ascend Mate.

Early impressions from the Ascend P6 aren’t bad, and with a sleek design, 120 gram weight, and 720p screen, Huawei looks to have produced something that will not only catch eyes, but will barely make a dent in your pocket or purse, and that’s commenting from both the overall weight and cost.

One design feature looks a little flawed from our point of view, and that’s the 3.5mm jack: its placement on the side seems odd, especially if you plan to use wired headphones, but it also features a cover that acts as a pin to help you push out the microSD and microSIM slots.

While the idea seems nice, we suspect it won’t take long for the accessory to go missing.

In any case, the Huawei Ascend P6 will be arriving in JB HiFi and Dick Smith from July 15 for $499 RRP in two colours: black and white.

If you want the pink one that was announced in London a few weeks ago, tell Huawei, as the company will be bringing it in based on demand. 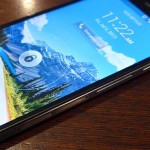 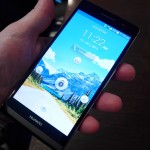 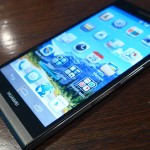 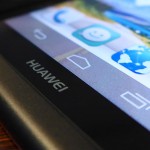 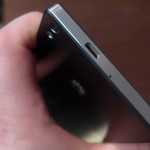 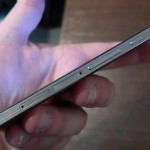 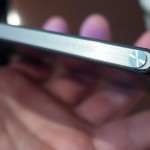 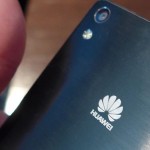 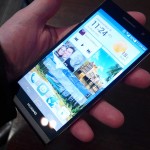 Sharp clears the air with a big gadget, and we go hands-on