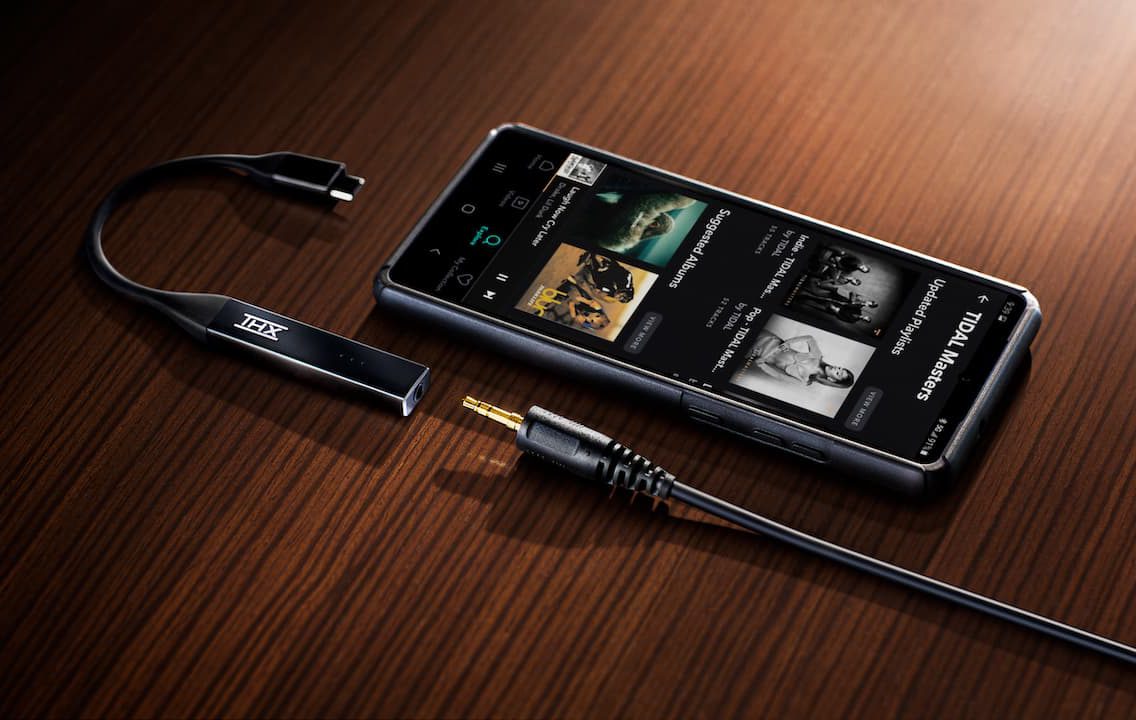 Thanks to the advent of higher-quality streaming available on popular music services such as Apple Music, Spotify, Tidal, Deezer and Amazon Music, there’s been more interest in higher quality audio like the THX Onyx DAC. You can’t do lossless audio over Bluetooth after all, and coupled with the unceremonious ouster of the headphone jack from modern smartphones, dongle DACs (digital to analogue converters) are increasingly becoming a must-have accessory.

The THX Onyx marks the storied audio company’s first-ever consumer product, offering both DAC and AMP (amplifier) performance in a small, flexible form factor. The dongle delivers plug-and-play compatibility with Android, iOS, PC and Mac as well as vast audio file support such as Master Quality Authenticated (MQA). But does it do enough to stand out in an increasingly crowded market?

Wait, what is a DAC and why should I care?

For the uninitiated, a DAC and amplifier sit between the digital file being played and your ears, turning the digital information into an electronic analogue signal you need to hear sound. If your device makes a sound then it already has a DAC and amplifier. This includes smartphones, tablets, laptops and Bluetooth headphones. The problem is that the amplification and DAC components found in those devices are pretty average, resulting in compromises in sound quality as well as unwanted noise.

A hyper-converged device like a smartphone, for instance, has to perform many other functions. As such, manufacturers often skimp on the DAC and amplifier to save on costs. It’s also trickier to incorporate a higher quality DAC into a phone because it tends to be more sensitive to interference from other parts of the phone such as the integrated 4G/5G modem. Meanwhile, a cheap USB-C to a 3.5mm headphone adapter (or Lightning to 3.5mm for iPhone) can oftentimes sound worse.

Audiophile-grade dongle DACs such as the THX Onyx is designed to significantly improve the quality of sound sent to a pair of wired headphones or earbuds, and the amp is powerful enough to drive a large pair of headphones.

There are many audiophile-grade dongle DACs on the market at various price points with the most popular one being the DragonFly Red from AudioQuest and the recently released Astell&Kern’s USB-C Dual DAC, both of which were used to compare and contrast the performance of the THX Onyx.

Keep in mind there are other factors along the chain that impact sound quality. This includes the encoding of the music and how it is mastered, as well as the headphones you’re using. However, a quality DAC and amp combo on its own can make even a low-quality Spotify stream and entry-level headphones sound noticeably better.

How it looks and handles

The THX Onyx is sleek and easy to use and boasts a few quality of life features that make managing an external dongle DAC less cumbersome. It has a thin metal housing and is longer and narrower than the average USB stick. The long, flexible cable ensures either end isn’t yanked on too hard when taken in or out of a pocket. The underside of the metal housing is magnetic, which acts as a nifty means of cable management when connected to a smartphone.

Unfortunately, like most USB dongle DACs, the USB-C connector isn’t quite deep enough to work with the thickness of most phone cases, so I had to take mine off during testing.

There’s a helpful series of LEDs on the unit’s body. These let you know the quality of the track you’re listening to, with blue being CD quality, yellow high resolution (hi-res audio), red for DSD (the format used for Super Audio CDs) and magenta for MQA.

The THX Onyx really is plug and play with no additional drivers to install or settings to tweak. It handily includes a USB-C to USB-A adapter in the box for connecting to laptops and desktops. The compatibility is better than Astell&Kern’s Dual USB-C DAC, which doesn’t support iPhones, and also didn’t work on my OnePlus 9 Pro.

iPhone owners should note that the THX Onyx will only work with Apple’s slim Lightning Camera Adapter and not their larger USB 3 Camera Adapter because it’s incapable of providing adequate power to the THX Onyx. iPad Pros that use a USB-C port work perfectly without any extra adapters, however.

The Onyx draws all the power it needs from your mobile device. I didn’t notice a major hit to the battery across a range of different headphones including the Audio Technica M50X, Sony MDR-1A and the Razer Nari Ultimate. It’s worth noting that the hit to the smartphone battery was far greater on harder to drive headphones such as my 300 ohm Sennheiser HD-6XX, which averaged 20% battery loss in an hour of listening. For context, that’s about the same level of loss as the Astell&Kern Dual DAC and AudioQuest’s DragonFly Red.

Clean and distortion-free are the qualities that immediately stood out when appraising the THX Onyx sound. This is, in part, thanks to the inclusion of THX Achromatic Audio Amplifier (AAA) technology that can also be found in some desktop amps. THX AAA amps are becoming quite popular among audio enthusiasts owing to their exceptionally clean and quiet sound, removing any white noise or distortion. The same rings true on the Onyx, allowing you to crank the volume to absurd levels without even a hint of distortion or muddiness, while also doing an impressive job at removing any background noise at more sane levels. As such, listening to music with the Onyx for lengthy periods never felt fatiguing.

Like all good DACs, the Onyx expands the soundstage, providing a better sense of separation between the instruments and vocals. The sound signature is more on the neutral side as opposed to the warmer sounding Astell&Kern USB-C Dual DAC and DragonFly Red. As such, the bass can at times sound a little thin and vocals less bright in comparison, though your mileage will vary depending on the type of headphones you’re using. That said, the THX Onyx did a nice job of bringing out more low end and higher tones on the Audio Technica M50.

It also works well on PC. If your primary use case is on a desktop, however, then there are other options better suited to the task and cheaper as well.

The THX Onyx even supports headsets with microphones, which isn’t common with audiophile gear, so your voice should sound clearer in phone and Zoom calls. However, in my testing, I found the microphone output to be on the low side.

The THX Onyx ticks all the boxes that an audiophile would desire in a dongle DAC with the ability to drive high impedance headphones without really breaking a sweat. It also supports MQA and DSD audio in addition to PCM hi-res support for up to 32-bit/768kHz. The only thing missing is a 2.5mm TRRS connection for balanced headphone use.

Thoughtful touches such as the LED indicators that subtly tell you the type of file being played and the magnetic design for keeping the cable nice and tidy make the Onyx the easiest external DAC to handle for portable smartphone use. Coupled with its plug-and-play compatibility across Android, iOS, PC and Mac, it’s also a great starting point for beginners looking to step up their audio game.

However, if you’re an Android user on a budget and don’t plan on streaming MQA tracks from places like Tidal, then the Astell&Kern USB-C Dual DAC will give you a similar boost in sound quality for $200 less.

THX Onyx DAC – pricey but mighty (review)
If you're looking for a dongle DAC with the widest support for formats and devices, then the THX Onyx is tough to beat.
Features
10
Value for money
8
Performance
9
Ease of use
9.5
Design
9
Positives
Audiophile-grade playback capable of driving the most demanding headphones
Plug and play with the widest range of devices including iPhones, iPads and Android devices
MQA and DSD playback
LED indicators provide a handy readout of the music quality
Supports mic input on headsets
Smart magnetic design helps keep cables tidy
Negatives
Pricey
Mic output on the low side
9.1