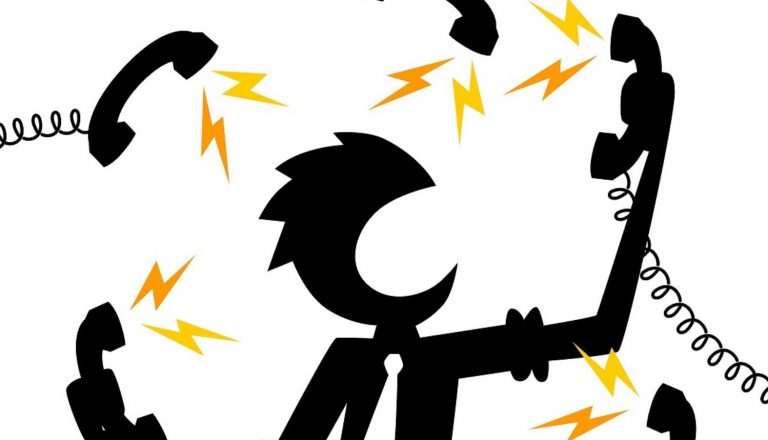 The Telecommunications Industry Ombudsman (TIO report 2017/18) reveals a litany of complaints with Telstra leading the way and Optus not far behind.

Remember that the 167,831 formal complaints (TIO report 2017/18 here) required people to get off their backsides and document a complaint. These people reached their last straw. Unfortunately, so few formally complain – and that is a shame.

Complaints include billing (more like gouging), establishing a connection (yes Telstra did that to me), service quality (ditto), missed appointments (major issue), or services delivered over the National Broadband Network (which Telcos have the temerity to blame on NBN when it is not).

Telstra earns the gold star for most number of complaints

As a person who could cheerfully strangle Telstra (disclosure I am not a happy chappy – read my ‘rants’ here and here) I was heartened to know I was not alone – 49.2% of the formal complaints was for it.

Optus is second but not mention the World Soccer debacle

My neighbour uses Optus, moving into the property a few months ago. Optus was next with 23.2% of complaints. “Bloody Optus – serves ‘em right” was the stoic ex-bushies response. He waited over two months to get NBN connected, and it is still not right!

Vodafail is third – does anyone still use them?

My local general store shopkeeper uses Vodafone. He constantly complains about mobile service dropouts; billing errors and the internet service is a joke. Vodafone came third with 5.8% of complaints.

TPG and iiNet are forth

My daughter uses iiNet/TPG that merged in 2016. Combined complaints were 8.3% (4.6/3.7%). Her biggest complaint was that it took months to get stable internet service. The issue was a very poor-quality modem supplied and an ongoing supplier reluctance to do anything about it.

Before those companies all shout “Lies, damned lies and statistics” yes, we acknowledge that they have the largest market share, so they are bigger targets. But not one person I know has had a good run with any provider.

The remainder are predominately NBN resellers

Frankly, these third-parties may be cheap, but that is all about “Never mind the quality, feel the width” – a low-grade 1967 British comedy that best describes our third-party providers that promise a lot and seldom .

We all want to get to the same point, a positive consumer experience where expectations are more likely to be met. The Telecommunications Industry Ombudsman continues to be committed to reducing complaints, and our purpose and unique role remain clear – to ensure residential consumers and small businesses have access to a free, fair, independent and effective alternative dispute resolution service.

First, under Australian Consumer Law the company you buy from – the one that bills you – is responsible for delivery of the goods or services.

I do not care if, for example, Telstra resells or bundles NBN with Foxtel, Landline or mobile. I want to be able to get satisfaction from kicking the one backside. The usual response from its Philippines call centre is “We will notify NBN” when Telstra have the computer systems to analyse and fix many issues on the spot. I have been having a recurrent speed issue, and now I know to tell the call centre operator to ‘reboot my FTTN DSLAM” – works every time until it stops working and you spend another half hour on the phone!

Putting Telstra to one side, too many CSPs are still providing poor end-user service and higher contention levels to be cheaper. We hear too many complaints about poor service here.

If you have a complaint that is not easily, instantly and permanently resolved, then make a complaint. It may be the only way to get satisfaction from all CSP/MVNOs large and small.