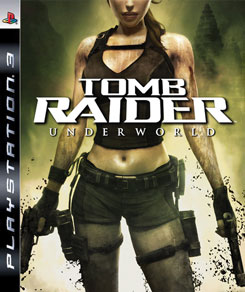 With any game franchise that has seen multiple sequels, the least the gaming public should expect is that the developers fix what was wrong in the last game and evolve the stuff that worked.

Crystal Dynamics, the company responsible for Lara Croft’s newest foray into destroying culturally significant architecture and stealing anything of value hidden in the ruins at least delivered some of that premise. Underworld is the eighth game in the Tomb Raider series and Lara returns looking better than ever, the environments she lopes around in are often stunning and there’s a real sense of discovery and adventure as you venture into new places.

But the combat is horrible, levels are designed to exploit Lara’s scrambling, climbing and jumping rather than to be genuinely interesting or challenging, the controls are still picky, arbitrary and completely infuriating, given the precision demanded of them, and the camera is still wildly erratic.

This review was conducted on a PlayStation 3. The game is also available on Xbox 360, Wii, PlayStation 2, PC and Nintendo DS.