Top tech your next mobile should have 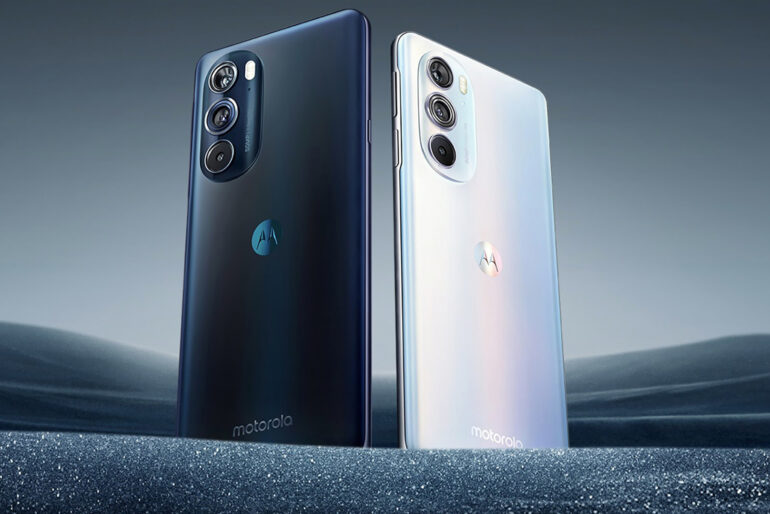 Your smartphone has become your essential tool for daily life, handling all of your communication, and your work, entertainment, and of course social media. But the way we use our phones, the things we use them for the most, keeps changing. Who knows what the next big thing on mobile is going to be? What you can do is be ready for whatever comes, with a top-spec handset.

Except, when it comes to smartphones, what does top-spec even mean anymore? Reading a spec sheet can be an exercise in bafflement – so many terms, weird abbreviations, and numbers numbers numbers. What’s actually important? That’s where this article comes in.

Here then are five areas you should focus on when choosing your next high-end handset. This gear represents the best of the best, and of course that comes with a flagship price. But you might be surprised how much of this tech also filters down to more affordable handsets – we’ve offered a couple of picks at the end as examples.

A powerful processor and lots of storage space

Understanding the processor, memory, and storage spec of a smartphone can be tricky at best. Unlike in the computing world, processors have complicated names that don’t necessarily mean anything to the uninitiated.

Fortunately, if you choose a phone that has a large amount of RAM (12GB is the top tier right now) and 256GB or more of storage space, then that almost always means the CPU is top-spec too.

It’s true that for browsing the web and general phone use, the CPU isn’t that important, but with a high-end phone you want to be making use of high-end features, such as AI photo enhancement, and that definitely benefits from a powerful CPU. The most obvious advantage, though, is that the phone will run all your apps smoothly and remain responsive even with multiple apps open and music playing in the background – that’s where the 12GB of RAM plays an important role too.

When it comes to onboard storage, bigger is still better, because the better the phone, the better the cameras, the bigger the photo and video files you can save. This remains the biggest hit to space on your phone and using an add-in SD card is a fiddle.

Some phone manufacturers don’t offer 256GB or 512GB options, preferring you to store your photos and other stuff on a cloud service. And sure, that’s an option if you live in a 5G area, or don’t mind waiting for 4G to upload your files. But why not get both? Lots of space for files on your phone, plus a backup in the cloud.

It seems incredible now to think back to when people mocked the first “phablet” or 5-inch-plus smartphones. Why would anyone want a phone that big? How times have changed!

Still, size alone isn’t everything with a phone display. No matter the actual size, you should be looking for a resolution of 2400×1080, or similar. This makes images (including your photos, and in apps like Instagram) look so much better, lets you watch videos in full HD, and keeps text beautifully crisp.

A newer spec of note for phone displays is the refresh rate. This is how often the phone’s electronics renew the image on the screen. A higher refresh rate makes web pages scroll more smoothly, makes animation in apps look smoother, and makes a huge difference for content such as sport or movies. Look for a refresh rate of 144Hz or higher.

Then there’s the display’s ability to reproduce realistic colour. This gets really complex and technical, but look for a spec that says the display complies with the DCI-P3 standard, or similar. That basically means: Lots of colours, very lifelike.

A phone with an amazing display justifies the inclusion of an amazing camera – most of us look at most of our photos on our phones these days, after all. Naturally, look for multi-camera clusters that offer telephoto, wide-angle, and maybe even a low light camera too. Megapixel ranges should be 48-50MP for at least one or two of the cameras, and an aperture of f/1.8 (remember, with cameras, a lower f-rating is better).

Finally, check to see the phone offers AI processing or enhancement built right in to the camera. Third-party apps can do a good job with photos, but nothing beats hardware-level enhancement using the full power of your smartphone.

That your next phone should include 5G is probably a no-brainer. This next-generation network is rolling out as we speak, so why not take advantage of it? But there’s an overlooked aspect to smartphone connectivity too – and that’s Wi-Fi.

This is the connection you use at home on your home internet. The latest spec here is called Wi-Fi 6E. You’ll need to have a Wi-Fi 6E router too, but with this generation of Wi-Fi you get not just faster data at home, but connections that are more stable too.

A Wi-Fi 6E smartphone will also have a feature named Wi-Fi Calling. This is where the phone uses your router and ISP to make calls, not the mobile network. It’s not like Skype or other VOIP services, it just works automatically, but it’s a boon for anyone who has poor mobile reception in the house.

Flexibility to work with your TV, and get productive with a stylus

Remember when you needed four or five boxes under the TV to get all your content up on the screen? How things have changed! But even the best Smart TV can get annoying with its apps that aren’t QUITE what you’re used to, the extra logins, the upgrades, ugh!

Fortunately, the latest smartphones now work well with a range of smart TVs, and can share display and audio without the need for cables or – depending on your TV – even a special app. Your smartphone is more than powerful enough to stream even 4K content, so why not make use of it in combination with your big TV? No more hunting for the remote! Look also for the ability to use the TV for video calls.

The other thing a top-spec smartphone is capable of is running your work life, too. With a beefy CPU under the hood, running all the productivity apps you use at work isn’t a problem – but to maximise your productivity with your phone, look for the option to add a dedicated stylus. With a sliver of electronics on board the pen itself, it works with your phone to do even more. Why limit the possibilities?

A clean UX with customisation to make it yours

Of all the technology you own and use, your phone is the most personal. You should be able to make it yours, and that customisation shouldn’t have to begin and end with cases and covers.

The Android operating system is designed to allow manufacturers to put their own stamp on it, changing the design and even basic functions. That can be fine, but what’s better is a very clean install of Android, with lots of customisation options. With a minimum of junk apps loaded on the phone out of the box, you’re free to tweak things just the way you like.

With a clean install, you can go ahead and tweak everything from wallpapers to icon sets, and so much more. Make it yours!

Of course, you’re spoilt for choice when it comes to top-tier handsets these days, but for a flagship smartphone that hits all the points in this article bang-on, consider the Motorola Edge 30 Pro – it has all the features and more. Of particular note is the phone’s hardware-level ThinkShield security that protects you from viruses and other malicious attacks.

If you need to hit a budget, the Moto G22 gives you a surprising amount of top-end kit. Huge battery, 50MP cameras, and a 90Hz display that gives you that flagship-feel at a mid-tier price.