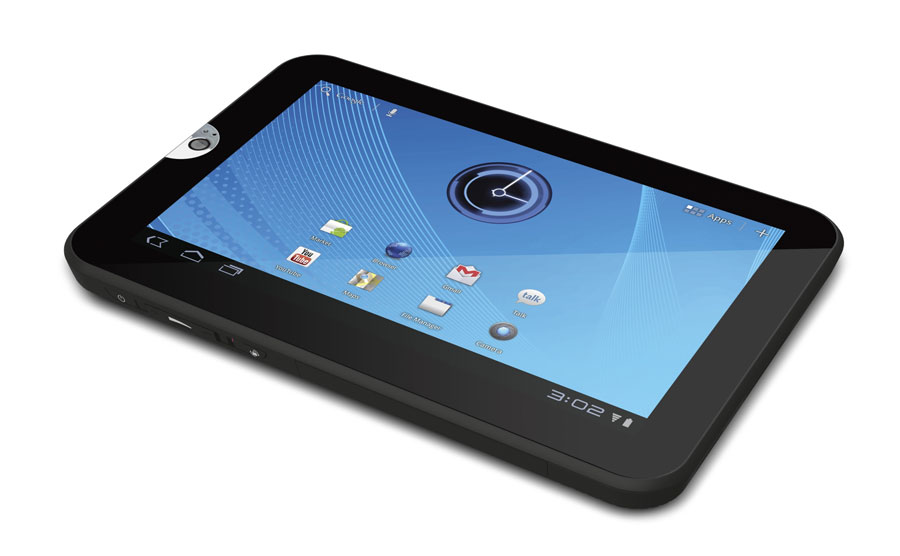 Well consider us totally surprised: the story we broke yesterday on Toshiba’s new 7 inch tablet has just been confirmed for release in Australia.

With a 7 inch screen size and a weight of 399 grams, Toshiba’s AT1S0 packs in much of what grabbed attention in the debut AT100 10 inch tablet.

This new tablet features a high definition screen, support for Adobe Flash, GPS, WiFi, Bluetooth, two cameras, and runs on the same Nvidia Tegra 2 processor that featured in its big brother. What’s more, the version of Google Android Honeycomb has been boosted to the very latest – 3.2 – and Toshiba will still be bringing its Resolution+ video enhancement technology to the tablet. Unlike the AT100, however, it will not feature a replaceable battery.

We wish the name was more catchy than “AT1S0”, but we’re sure Toshiba has its reasons for not giving it a real name.

Like we reported yesterday, the tablet will still feature lots of connectivity options, albeit ones that have been shrunk down to a different size. Here on the 7 inch tablet, the SD card slot has been replaced with the smaller microSD option, the full-size USB port is now a mini USB port, and HDMI is now a micro HDMI connection.

Australia will see only the 8GB size with no 3G when it’s released in October for the recommended retail price of $449.