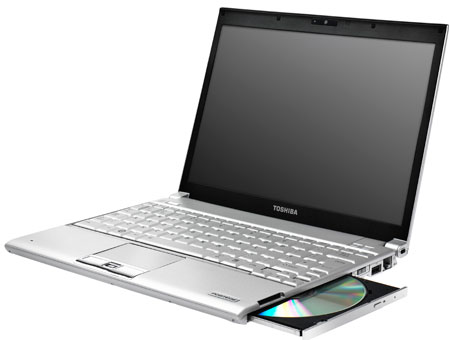 Toshiba’s Portege R600 has been nominated as the worlds ‘greenest’ notebook according to a recent Greenpeace survey: “The Green Electronics Survey 2008”. The annual survey, which evaluates the greenest electronic products on the market, scores Toshiba as the highest for the elimination of hazardous chemicals in its Portégé R600 notebook – beating all other manufacturers and winning the notebook category.

“Toshiba continues leading innovation in mobile computing technology and is leading the charge to help users reduce their environmental impact,” says Mark Whittard, general manager, Toshiba ISD ANZ. “This award is testament to Toshiba’s long-standing commitment to sustainable environmental practices in the design and manufacture of its products and solutions.”

The Portege R600, the world’s lightest fully-featured notebook, has restricted the use of hazardous chemicals such as cadmium, mercury and lead from batteries and other components. The ultra- portable notebook is also ENERGY STAR 4.0 compliant, features a LED backlit display, the latest CPUs, the option for a Solid State Drive (SSD) as a storage medium that results in low energy consumption and long battery life, further reducing its environmental impact.

With the ongoing growth of the PC market, Toshiba also remains committed to notebook recycling. Toshiba’s E-cycle initiative is a program offering businesses and consumers the ability to do the right thing and divert their pre-loved Toshiba notebooks from landfill.