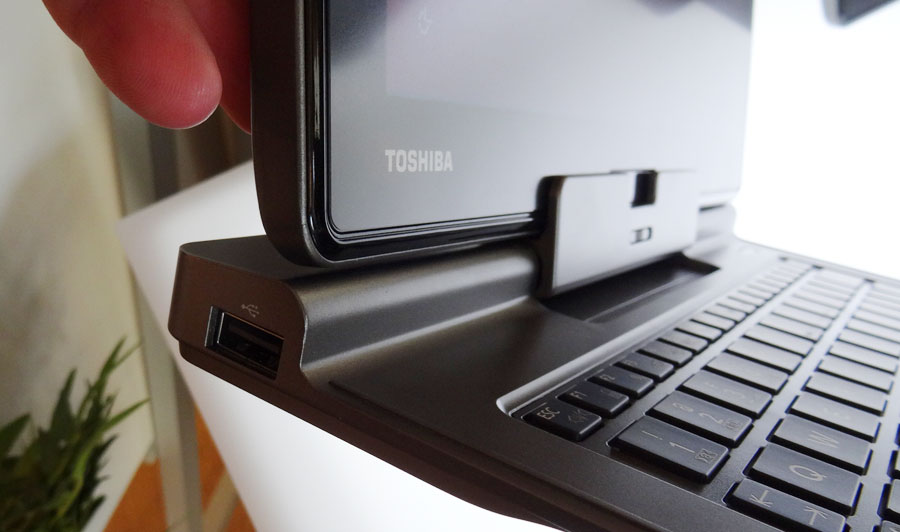 Business users unsure of whether they need a tablet or a laptop can now not only decide on both, but also stay mobile, as Toshiba’s upcoming detachable Portege will include an option for fourth-generation mobile connectivity.

Designed as both a touchscreen slate and a laptop, Toshiba’s Portege looks to be the company’s latest spin on the hybrid concept, something we first saw when Asus unveiled its Transformer tablets a couple of years ago.

But while the Portege Z10t is a new version of something familiar, we’re hearing that it will be available with something no other Windows 8 tablet has yet: 4G access.

Telstra has chimed in to announce that it will be working with Toshiba to deliver this, making it possible for the Intel-powered tablet to check email, surf the web, and do just about anything else web connected on the tablet, provided you have access to Telstra’s 3G and 4G network.

“The Portege Z10t represents an exciting new era in mobile products for Telstra,” said Anthea Roberts. Director of Telstra Mobile Broadband. “The convergence of the tablet and laptop meets the growing demand for mobile devices that keep customers both productive and entertained.”

“Combining Australia’s largest and most reliable mobile network with Toshiba’s unique Portege Z10t continues Telstra’s mission to provide innovative and practical technology solutions to customers for personal and business use.”

As we’ve noted before, two versions of the Toshiba Z10t will be made available, one using Intel’s Core i5 processor, while the other will cut back to an Intel Celeron to save a few bucks, with a $300 difference without the 4G plan bundled in on the recommended retail price.

Telstra has taken the time to announce that the Z10t will be available on several plans, including one that goes for $90 per month (made of a $50 tablet plan and a $0 device payment), arriving with 8GB data and running for 24 months (making the overall bill cost a minimum of $2160 for the 24 months).

Home plans will also be available for the Z10t, bundling home internet access, Foxtel, and T-Box, but bringing the overall two year plan price higher, with a mimimum cost of $4499.

We have yet to hear which model Toshiba is bundling – either the Core i5 or lower-spec Celeron – but given the use of the word “minimum,” suspect you can grab either, depending on how much you want to spend when the laptop lands on June 11.