Track Santa on your phone or computer as he delivers presents 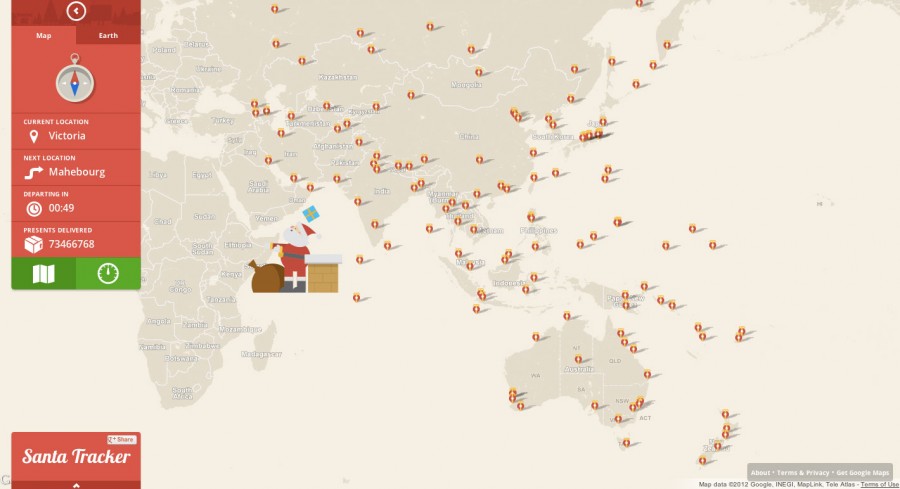 We all know the big guys has a fondness for package delivery, and at the stroke of midnight, Australia will see the annual glimpse of Mr. Claus, so how can you use technology to find the guy in red? Well, there are apps for that.

Run by the North American Aerospace Defense Command, “NORAD Tracks Santa” is a unique little program that has been keeping kids clued in to the activities of Santa since the mid-fifties, which back then, told kids where Santa was over the phone.

People still call up the facility, which normally tracks movement and threats in the airspace above the USA and Canada, but during this time, volunteers at the facility tell callers specifically where Santa is.

Thanks to all that modern technology we have, however, finding Santa is just an app away, with NORAD Tracks Santa now available on iOS, Android, and Windows Phone.

With Christmas beginning around the world just a few hours from when this article was published, the apps – and Santa-tracking NORAD site – will spring into action, showing activity for the big man as he travels across the globe delivering joy in a faster time than any postal worker could manage.

NORAD isn’t the only facility with enough resources to track Santa, and Google is getting in on it this year with its own tracking method.

“While we’ve been tracking Santa since 2004 with Google Earth, this year a team of dedicated Google Maps engineers built a new route algorithm to chart Santa’s journey around the world on Christmas Eve,” said Brian McClendon, Vice President of Google Maps and Earth on the Google Blog earlier this week.

Google’s Santa Tracker looks set to provide its services on both a website and through a Google Android app, and no matter what you choose, there seems to be plenty of ways to watch Santa cruise the skies this year.