Transitioning from Android to iOS the (relatively) easy way 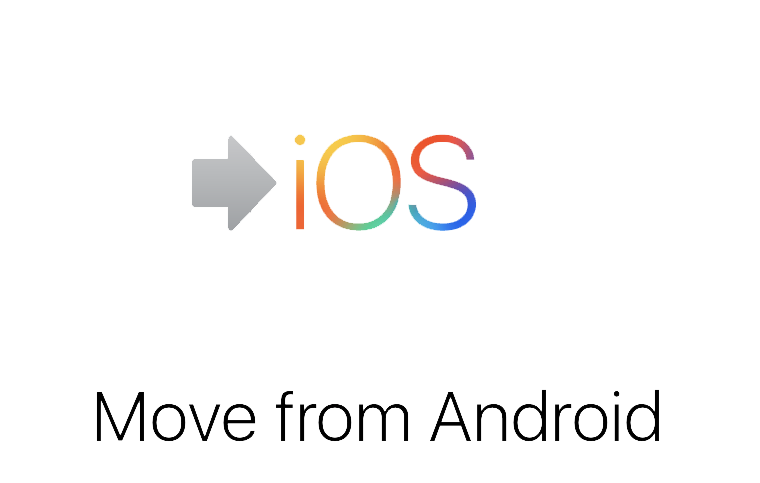 It’s a scary thing, moving from Android to iOS, or from iOS to Android. Fortunately, in their competitive zeal to gain a bigger share of the market, companies have provided tools to assist in the process. They’re not perfect, but as we’ll see the transition from Android to iOS is greatly facilitated by an Android app.

As it happens, I’m fairly agnostic about operating systems, whether PC or portable. All have their virtues, some unique. All have their weaknesses. But sometimes moving from one to the other is necessary.

And it is necessary now, temporarily, for me as I prepare to test the iPhone 7.

Traditionally to change you move your SIM over, perform a factory reset on the old phone, and a from-scratch setup with the iPhone. Hopefully you will have jotted down all the apps that you’d want – either iOS versions of the ones you’re used to, or functionally similar iOS ones for Android only apps. And you should have a record of all necessary passwords. Expect to spend a couple of hours entering in information, downloading apps, telling the phone your account details and so on. And then over coming weeks, remembering the things you’ve forgotten and installing them as well.

But as I started up the iPhone 7 for the first time it offered four setup options, one of which was “Move from Android”. Intrigued, I chose that option and found that much could be transferred from Android to the iPhone 7: “photos, messages and more”.

This turned out to be surprisingly simple. Just follow the instructions on the iPhone. So first you’ll install the “Move to iOS” (by Apple Inc) app on your Android phone, enter a passcode generated by the iPhone 7 into the app on the Android to confirm this is all legit, and then let it go.

It did indeed transfer my photos and messages (ie. text messages), over a period of about half an hour as the two devices spoke to each other wirelessly. And here’s one really clever thing it did under that “and more” claim. It also transferred a list of apps that were installed on the Android phone. The iPhone took that list and went to the App Store and downloaded and installed all the apps for which there were iOS versions. That made life so, so much easier.

Sure, I still had to enter my account number and password into the banking app and other credentials for those apps where they were required. Nonetheless, I’d say this was a timesaver of a huge amount of setup work.

Of course, there were wrinkles. In trying to work out why a whole bunch of pictures which I thought I’d wiped from OneDrive were being downloaded to the phone (actual answer here), it crossed my mind that maybe they’d been on my iPad Mini, and had somehow been transferred from there. So I switched on the iPad Mini to check the contents of its albums and found … a whopping great stack of apps in the process of being installed onto it as well.

Now, several hours later, there are only sixteen more to go, but I fear the most recent one had clogged up and is blocking the completion of them all. I really must look into this thing whereby apps installed on one Apple device also loaded onto another. My original model iPad just can’t take it.