Trials and tribulations with Telstra NBN. Could this be the end? 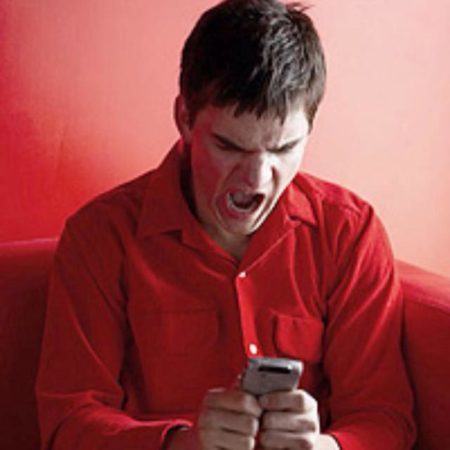 Regular readers will know that I have had a truckload of trials and tribulations with Telstra NBN. Well, after 15 months of dispute it has worn me down, and I can’t bother fighting for a reliable Telstra NBN anymore.

Documentation of those trials and tribulations with Telstra NBN are in several articles here. For anyone who has had issues with Telstra, they make entertaining and perhaps cathartic reading. But it has finally come to the point where I have given in (like Chinese water torture you will eventually crack) and know I can only expect ‘near enough is good enough’ from a premium provider, Telstra.

A brief background to the Trials and Tribulations with Telstra NBN

I don’t want to go into great detail – this issue has sucked up too much oxygen already, but a quick overview and what I learned is in order.

I raised hell at Telstra

It reopened the case and sent it up the line to Alvin, Complex Complaint Resolution-Specialist in the Escalated Complaints Group (and the matter bought to the CEO’s attention). The TIO also allocated a Technical Team Leader, and the NBN allocated the Lead Resolution Manager – Senior Escalations Team.

Now you may ask why an insignificant $99 a month Telstra NBN client deserved such premium treatment. Was it that I had written several articles on GadgetGuy, appeared on the ABC 7.30 Report and Channel 7 news regaling viewers/readers with tales of woe? And no, I did not pull the journalist card that my colleague Thomas Bartlett had to to get things moving.

Possibly all of the above, but I suspect the reason was three words – persistence, data and potential TIO fines.

Persistence: Right from the start, I made it clear that my complaint was not about money – it was purely to get Telstra NBN delivered according to the 100/40Mbps service level agreements for speed and reliability. I continued to pay $99 a month for a service that I was getting maybe 30-50% functionality.

Data: Being a techie, I had more IP/networking knowledge/certifications than most Telstra employees had hot dinners! Without end-user data all Telstra could do is a cursory test upstream to my Telstra modem/gateway, and that would not identify the problems.

I wrote Windows Batch files that ran Ookla’s SpeedTest (the same measurement engine as used by Telstra Speed Test) that ran minute-by-minute tests (that is 1,440 per day – 10,080 a week). I also ran a batch file to send a 32-byte ping to Telstra’s servers and another to run Tracert to identify how my many hops the internet made from me to Telstra. These are indisputable tests that revealed from as few as three to as many as 200 outages a day and upload speeds of 3Mbps instead of 30-40Mbps. There was something very wrong with Telstra’s network infrastructure.

Fines: I am not aware of the fines that the TIO imposes on errant CSPs, but I am sure there is a financial stick to ensure quick closure.

Their lead resolution manager rang and listened carefully to the issues. She was empathetic (and very well trained in people handling skills) and made all the right noises about getting to the bottom of the problem.

I think the words that the NBN used to describe its role are worth paraphrasing. Think of the NBN as a river. Its job is to ensure it flows reliably and fast enough. Then you have CSPs (like Telstra, Optus etc) that overlay their infrastructure like load capacity, billing systems, pipes (to other local and international networks), free and paid services (Foxtel, Telstra TV) etc. That is like building bridges, dams and diversions to NBN’s river.

While I was initially sceptical at the NBN response, I began to understand that there was a difference between NBN and the issue was likely with the Telstra’s network infrastructure – bad Telstra!

NBN also sent a technician out later to test the cabling from my wall outlet to the MDF. It found nothing wrong but said that it could be replaced with Ethernet cabling to be sure. I was happy to do that if it made a difference, but Telstra refused to pay for that if it did not.

I give a big tick to the NBN and I apologise for any previous assertions herwise. From what I can see, NBN is doing a great job. It’s all too easy to blame it, but the real culprit is the one you pay your money to – bloody Telstra.

Telstra was ambivalent, lethargic and let the matter slide for way too long

I think 15 months and the consumption of hundreds of my valuable hours to get to this point is ludicrous. Where are the powers of the ACCC and ACL when you need them?

I sent dozens of reports to Elle and then Alvin, proving there were significant issues. There were

You can see why we were not happy.

While Alvin did occasionally call me, I had to drive Telstra (copying in the TIO and NBN) to get any response. When I did get responses, they were “All is well”, so I sent another batch of reports showing it was not!

TIO is passive – walk quietly and carry a big stick

The result to my trials and tribulations with Telstra NBN

Absolute bloody frustration. Telstra says it is all OK but my Fing Box (Don’t do a fing online without it) says otherwise.

The service does appear to have improved in the past week or so. Is this the end of trials and tribulations with Telstra NBN?

I suspect that Telstra network engineers had an “Oh, shit” moment and found software or routing issues because nothing else has changed. So much for a technologically advanced, so-called premium service provider.

I finally requested that Telstra offer a ‘reasonable’ compensation package (so if you are in the same boat, remember that is your right). It did and can now close the case and get the TIO off its back. Until next time!

I am mentally exhausted – I have had enough of trials and tribulations with Telstra NBN. But I will keep monitoring – persistence and data.

PS: If readers are experiencing internet issues, I am happy to email the Windows BAT files so you can test – data is king.