Trials and tribulations with Telstra – yet another f’up 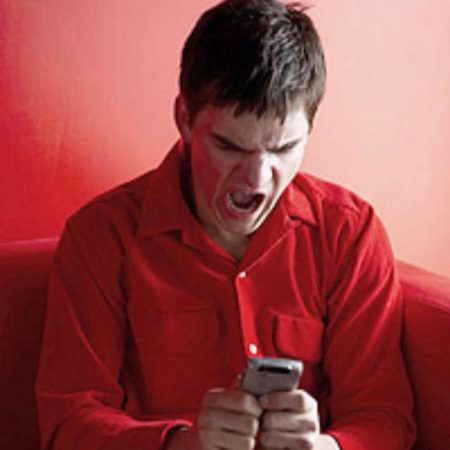 Trials and tribulations with Telstra. I suspect if our readers took the time to comment we would see a tsunami of troubles filling GadgetGuy’s website. Oh well, it can be cathartic to complain.

As Managing Editor of GadgetGuy, my responsibility as a journalist is to never to let personal bias get in the way of objective reporting. I have been a relatively happy user of Telstra and its previous iterations for 40 years! Reporting of trials and tribulations with Telstra must be fair.

I am sure Telstra can do many things competently. But the trials and tribulations with Telstra from Thomas Bartlett himself a senior, very senior Gadgeteer and journalist and me, are way past a joke. We won’t even go into the massive Telstra jaw-dropping overcharging of GadgetGroup. Oh well it was eventually waived!

First, I have an apartment in Woolloomooloo near GGHQ. I have Telstra 100/40Mbps NBN over HFC. Apart from an occasional dropout and massive frustrations in dealing with Telstra to install it – it is working fine.

Second, I live much of the time on the Central Coast of NSW. I have Telstra 100/40Mbps NBN over FTTN (fibre to the node). When it is working well it delivers around 93/35Mbps. That is fine – frankly, it is faster than I expected. But, after experiencing almost daily dropouts, three replacement modems and 40 hours plus on the phone to the Philippines call centre I got a bit cranky.

So, in November, with stern resolve, I tried to get this issue sorted or finally complain to the Telecommunications Industry Ombudsman (TIO).

First, I had to plead on many  occasions to the Philippines call centre to escalate my case to a formal complaint to obtain an SR1 complaint reference code. What that means is that it goes from the blind-leading-the-blind with little power to do anything to a Philippines complaints centre where the blind at least can use braille to try and get things done. PS – I am not intentionally racist or insensitive, but it is impossible to speak to a real person not professionally trained in issue avoidance.

The upshot is that I have now spent over three hours in November (yes 180+ precious minutes) on the phone to Telstra. I have done the required tests n-times, I swap Ethernet cables, y-times, I have wait all day for a Telstra Platinum Technician to come to my home and ‘fix’ it (only for him to the appointment  one minute before the arrival window was up) …

The moon and stars align

Telstra Tech ‘Andrew’ (his real name and not to protect the innocent) was at the front door – oh, joy.

“Here’s your problem. You cabling uses star topology.” Now, Andrew, I have more IP network and cabling certifications from Cisco, Microsoft et al., than you have had hot dinners, so I understand precisely what you mean. Frankly, I think you are suffering from bovine excrement syndrome.

What he means is that the telephone cable comes into the home. The three phone extensions connect to that cable star style (as happens in 99.99% of Australian homes). “You need a new cable from the distribution box to the point you want to connect the Telstra modem.”

He glibly said that as the NBN Node (about 100 metres from my home) experiences increasing noise levels (caused by weather, higher usage etc), the impedance caused by my wiring (in a modern 10-year home) causes the FTTN signal (basically VDSL over copper) to deteriorate.

Except Andrew, when it is working well, speeds are fine, and when it drops out, it is usually during the day when kids are at school, so it is not a usage issue.

“It is your responsibility to get a new cable, and if the issue still occurs, then we will fix it.”

OK, I have called a cabler, and we will see if it is wiring related. I suspect not, just as it was not the three replacement modems sent to me either.

Yet another dropout. Very inconvenient when you work in a secure CMS (content management system) that requires you to log back in every time.

At that very moment, a person (from the Philippines complaints call centre) rang. They had the temerity to tell me that Telstra was closing my formal complaint as my internet was working within tolerances. Now I am not one to see red, but my voice rose a few octaves. Thor, God of Thunder would have been proud.

“Now I know its not your fault. You are probably a nice person working hard to earn a living so don’t take this personally. BUT MY BLOODY INTERNET IS NOT WORKING AS WE SPEAK. YOU CANNOT CLOSE MY CASE!”

They had the temerity to respond that the tests showed it was working. I hurriedly ran the Telstra speed test (yes there is a special one because they don’t trust OOKLA) and it was not working!

She then went through the bloody script (that I have been through so many times I can repeat it rote). Yes, I have a direct connection via Ethernet cable to the Telstra router. No, there are no other devices connected. Yes, I have power-off/on the router and my PC. Oh, YOU WANT ME TO CHANGE CABLES …”

The straw that broke this camel’s back

I have now sent a formal complaint to the Telecommunications Industry Ombudsman. It is resort to get the Telstra clowns to deliver what I pay dearly for – reliable NBN internet.

I want to assure readers that it is very easy, all can be done online. All you need is that hallowed complaint number from your NBN provider.

Why am I cross at Telstra and not the NBN?

The NBN is the infrastructure provider. It does not deal with the public in any manner. It appoints tier one major CSPs (Carriage, sorry crap service providers) like Telstra and Optus and tier two RSPs (retail, sorry rubbish service providers) that resell the service, provide billing and complaints resolution, modems etc.

Under Australian Consumer Law (ACL) the company you pay the money to for goods as services is totally responsible for the supply of same.

Telstra call centre staff know not to blame the NBN. But, numerous friends say that NBN is onyx black according to the Tier two RSPs they use. I know for a fact that NBN will fix an issue promptly when a C/RSP reports it. Just as any other major utility does.

OK, I will spend a few hundred dollars and replace the cable inside my home. Note that almost everyone who is on FTTN will have to do this before your C/RSP acts.

I am 99.99% sure that is not the issue. I expect Telstra to pick up the cost if the pain persists. In any case, Thomas Bartlett is not alone in suffering gross incompetence from what was once Australia’s premium telecommunications network provider.

PS – If, by my paying to install a new cable fixes the issue I will formally apologise to Telstra! But that will be worth it just to get this rant off my chest.