Trump bans TikTok and WeChat – It is very bad and you are out! 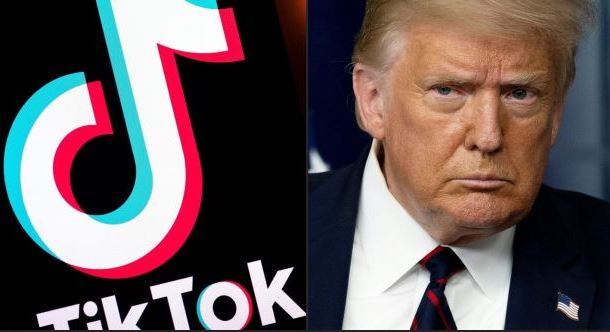 President Trump has formally banned TikTok and WeChat. He says both capture vast swaths of information that allows the Chinese Communist Party (CCP) to spy on Americans.

The TikTok and WeChat bans are effective in 45-days. TikTok is in sale discussions with Microsoft by 15 September, or it is out.

How does America ban TikTok and WeChat?

It can’t get every iOS and Android user to delete them both although that would be best for all.

But it is relatively simple to stop TikTok and WeChat working. The Government can delete the DNS (internet address book) entries. Or it can mandate that the apps are removed from Google Play and Apple Store. Why not block al all IP addresses using them?

And both Apple and Google have the ‘kill-switch’ option that can stop specified apps from launching. Although this requires a valid court order. More likely is that the apps won’t be updated. Both companies will issue over the air ‘suggestions’ to remove the app.

President Trump issued the Executive Orders under the International Emergency Economic Powers Act. It gives him the power to bar US firms or citizens from trading or conducting financial transactions with sanctioned parties.

US Secretary of State Mike Pompeo also announced the expansion of a “clean network” program. It will focus on steps to prevent various Chinese apps, as well as Chinese telecoms companies, from accessing sensitive information on American citizens and businesses.

For or against TikTok and WeChat

There may or may not be overwhelming evidence that TikTok or WeChat will supply information to the Chinese Communist Party if asked. But there is no denying that the CCP has that power and could use it to further its aims.

The only ‘word’ we have here is the from Lee Hunter – the Australian manager. Hunter, a long term Google employee, has only been with TikTok since mid-June. While no one questions his integrity, they do question the company line that is his responsibility to reiterate.

TikTok is primarily a vast data harvester in the guise of a cute video dance clip app. Its privacy policy gives it pretty well any power to do what it wishes with that data, and local management statements fall short of providing any confidence to the contrary.

WeChat and its sister app Weixin in China are hugely popular messaging apps. Many Chinese expatriates use WeChat to stay in touch with friends and family back home. Tencent, a major Chinese internet company, owns the app.

According to some reports, WeChat has allegedly done many things wrong. Accusations from money laundering (it can send money) to a front for the CCP to identify ‘subversive’ users. Many of its Hong Kong and Chinese users now require a facial scan and voice scan to continue to use it. Many have stopped using it.

While President Trumps far-reaching Executive Order only names TikTok and WeChat, it covers any Chinese app that gathers personally identifiable data. It also stops strategically sensitive Chinese companies from setting foot in the US, especially those related to telecoms infrastructure.

The rest of the Western world are considering their positions.

India has banned 59 Chinese apps like Baidu Maps/Translate, Weibo (Twitter-like), facial recognition (YouCam Makeup), various email and free VPNs. It is finalising a list of a further 275 apps including AliExpress (online shopping), Tencent Games (PUBG), and Xiaomi Mi smartphone branded apps. Australia’s position has not been decided as of yet.