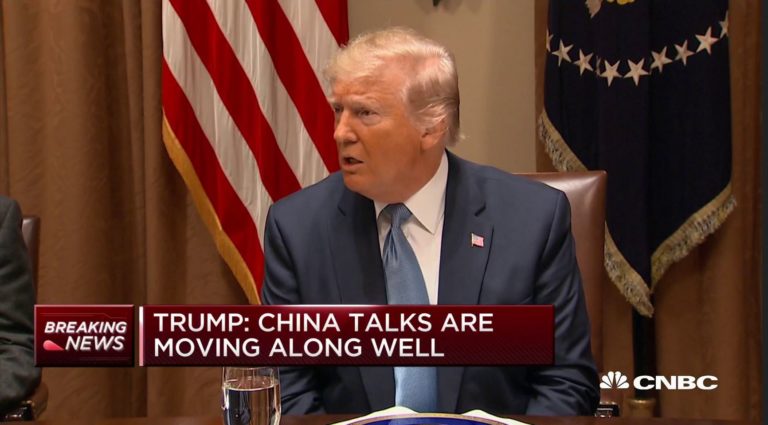 The next stage of US Tariffs on China roll out on Sunday 15 December. We look at the impact of that and why President Trump may be asking for the Direct Product Rules to be beefed-up.

As if Huawei was not in enough discomfort over being on the US Entities list. This effectively bans US-based companies from selling to it. President Trump has decreed that the ‘Direct Product Rule’ should be considerably beefed up (and that covers a lot more Chinese companies).

The Direct Product Rule (here) is essentially a backdoor by which Huawei et al., can gain access to US software, technology and parts via export to other countries/manufacturers that somehow end up in banned entity list manufacturer’s products.

A little history of the Direct Product Rule

It was put in place (or at least last revised in mid-2010) in response to sensitive technology and equipment being re-exported ultimately to terrorists.

Under the Export Administration Regulations (EAR) Direct Product Rule, foreign-made items are subject to national security controls covering U.S.-origin software or technology. This requires a written assurance as a supporting document for a license or as a pre-condition for the use of License Exception Technology and Software, Restricted (TSR). It also prevents it from being reexported to a destination in a country of a national security concern or a terrorist-supporting country.

GadgetGuy is not inferring that Huawei et al., are circumventing the Direct Product Rule.

But we are sure that the President’s request is to ensure US-technology remains under US-control. It may also portend the enforcement of cease and desist orders in using US tech in China.

And increased tariffs from 15 December

When, not if enacted this weekend, almost all Chinese-made goods imported into the US will have tariffs. The last tranche is 15% on categories including computers, phones and toys.

In essence, that is a tax at 15% of the export value of these Chinese made/assembled items. So, let’s say an iPhone costs US$500 a tax of $75 goes to the government. It is a moot point who pays – the result is that Chinese made goods are more expensive to the consumer. Interestingly Apple sought an exemption in November from the coming tariffs but there has been no decision yet. It said it wants waivers for 11 products, including equipment for repairing iPhones and iPhone smart battery cases, telling the US Trade Representative’s Office that as consumer devices they are “not strategically important.” Pull the other one!

Its called protectionism economics and is supposed to give US consumer a reason to buy US-made goods (or goods from countries that the US has trade agreements with). It is not half bad for the Government coffers either – we understand that US$7.8 billion came from Chinese tariffs in October alone. The new tariffs will add 15% to around $156 billion of Chinese imports – by my math that is $23.4 billion.

Much of that money is reinforcing change to US agriculture and manufacturing programs – to make America great again.

Of course, China has retaliated with import tariffs on American goods – including agricultural products. Chinese tariffs on US exports totalled $US12 billion since the start of the trade war in May and was $US1.3 billion in October.

The US stock market volatility (and by inference every other stock market) denied that Trump would implement the last tranche of tariffs.

It now understands that unless a miracle happens by Sunday, the genie is out of the bottle and can’t go back. These investors could not see the reason for both sides to continue the trade war.

But Trump does. It is no longer a trade war but a cold war – a tech war. Our US correspondent Sam Bocetta analysed that here (a great read) saying that the world has changed – live with it. Except that this time the foe is China, and the battleground is cyberspace.

Coronaphobia or Sinophobia – can we ever be friends again?

Watch out for COVID-19 Scams

Air purifiers do not kill COVID-19