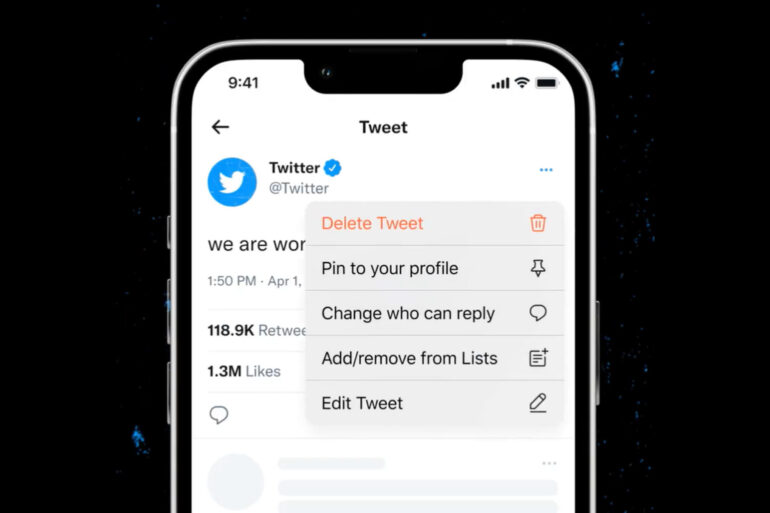 After years of speculation and requests from users, Twitter is rolling out a feature to edit published tweets, albeit in a testing phase for Twitter Blue subscribers.

In a tweet from the social media company’s official communications account, it was revealed that an edit feature has been in the works since 2021. At first, the ability to edit tweets after sending them will be restricted to Twitter Blue subscribers via Labs, where users can try new features in an early access phase.

Tweet edits will roll out to Twitter Blue subscribers in the coming months, as Twitter learns “what works, what doesn’t, and what’s possible.” In a GIF mockup of the feature, the option to edit a tweet will appear in the same three-dot dropdown menu as the options to delete or pin tweets. Twitter cheekily used April Fool’s Day to tease the announcement, only to officially confirm its legitimacy days later.

Jay Sullivan, Twitter Head of Consumer Product, shared some of the thoughts behind the option to edit tweets, revealing “edit has been the most requested Twitter feature for many years.” In response to concerns about the wider implications of editing tweets post-publication, such as being “misused to alter the record of the public conversation”, Sullivan added that Twitter will take the time needed to gather input before widely launching the feature.

It’s not yet known exactly how the edit feature will work within Twitter Blue Labs, such as any potential time limits or how much content can be edited. Locally, Twitter Blue is available for $4.49/month, including features like bookmark folders, longer video uploads, and the option to undo tweets before they go live – in addition to testing edits when it goes live.

In contrast to the immediately helpful new ‘unmention’ feature, the option to edit tweets might come in handy for fixing up embarrassing typos and grammatical errors, but it could potentially cause more significant issues down the track. The potential to completely change a tweet’s content could add to bullying and harassment woes on social media, alongside misinformation concerns during elections.