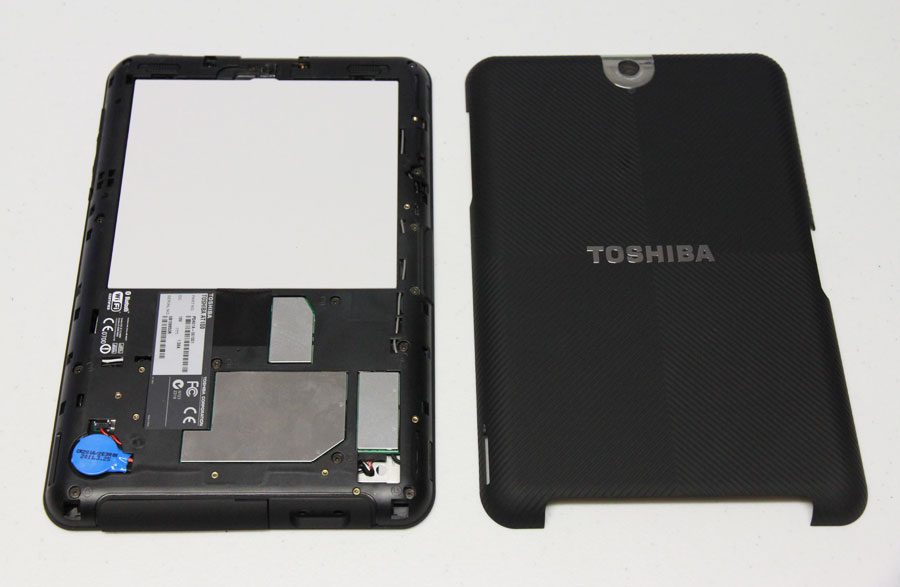 Toshiba’s first tablet in 15 years is arriving in stores this week. Named the “AT-100” in Australia, it’s said to be the first in a line of tablets that the Japanese company will be releasing here.

The recently announced tablet features a full-size HDMI port, USB 2.0, and a first for tablets: a replaceable battery.

Toshiba will also be releasing a range of accessories for the new tablet, including different colour replaceable backs, a wireless keyboard, and a spare battery for when you need more power.