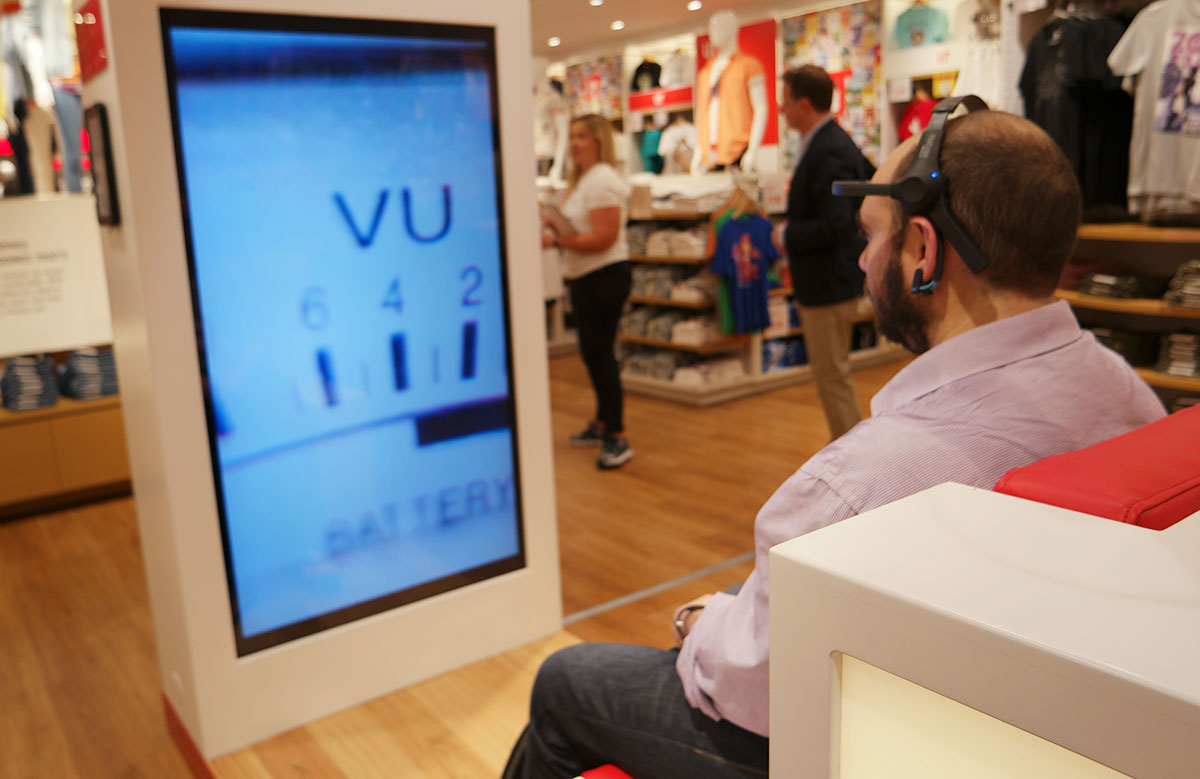 Uniqlo asks your brain what you want to wear

If anyone ever asks who picks my clothing, I’ll usually answer “anyone other than me, and probably my wife”. Tech is my thing, and fashion just, well, isn’t, but what if a machine could ask your brain what it wanted?

That’s the general idea Japanese fashion brand Uniqlo is trying with a device that has been setup in Sydney’s Uniqlo store.

Consisting of a large TV on its side, a chair, a wearable brain scanner, and some computing power, Uniqlo has built what appears to be the first combination of neuroscience and fashion, relying on a small test and your brain to help work out what you should spend your cash on.

“Clothing is one of our greatest forms of expression” said Tracey Lang, Marketing Director for Uniqlo in Australia, adding that “every day we express our mood through what we wear. We’re excited to be the first retail brand in Australia to experiment with this kind of technology and enable a new shopping experience for our customers.”

So how does it work?

The concept — called “UMood” by Uniqlo — has been built by a Japanese company, Dentsu Science Jam, and relies on a brainwave tracking gadget that you wear over your head with a small clip that gets attached to your ear.

With all of that done, you merely sit back, clear your mind of any thoughts, and watch a small test of emotional stimuli, with this system measuring how you feel about each one, before the test is completed. It doesn’t last long — under a minute, we’d say — and you’ll find a few different video clips popping up, from swimming to snow to a kittens (yes, kittens; it wouldn’t be a gadget if kittens didn’t some how play into this).

Based on this scan, it even suggested quite a few Marvel comics-inspired t-shirts, though we’re not quite sure about the correlation or connection.

”The algorithm quantifies five states of mind,” said Dr. Phil Harris, Consumer Neuroscientist at Nuro and an Honorary Fellow from the University of Melbourne, who has been working with Uniqlo on this project. “These are interest, like, stress, concentration, and drowsiness, which grades brain activity data on a scale against these states before recommending a t-shirt through a points based system to best match that mood.”

Talking to Harris about it, he told GadgetGuy that the system is, in essence, grading how you perceive each video, and then matching it to a set of stats that can be applied to various t-shirts, which in turn have been graded based on surveys about the shirts.

It could mean that if you’re “adventurous”, the shirts you get matched to have been graded as being like that description in its system, and so based on a combination of factors, you’ll be matched to that set of shirts.

Ultimately, it’s a different way of shopping, and if you frequently struggle to find the garment you want to wear, this might give you a bit of a nudge in the right direction.