U.S. renews Executive Order against Huawei. Flash – Huawei to run out of chips! 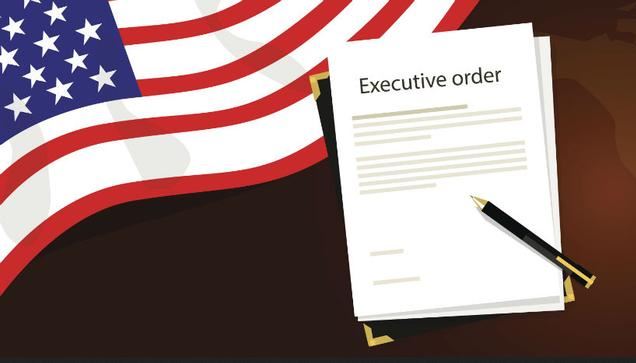 The Executive Order of 11 May 2019 effectively bannings U.S. companies from dealing with Huawei will extend for another year.

Reuters has reported that The Executive Order (Presidential Order) will extend to May 2021. It bars U.S. companies from using telecommunications equipment made by companies like Huawei (and 114 affiliates) and ZTE. The grounds? They may be a national security risk.

Many of the ‘5-eyes’ nations (Including Australia) have orders that also ban Huawei from participating in core 5G infrastructure.

If a U.S. company wishes to deal with Huawei, it must apply for a license

The Catch 22 is most of these also expire this week. The intent was to enable Huawei to support legacy equipment such as is in use in U.S. regional telecommunications networks.

But these license extensions may be at their end. A few U.S. companies have extensions to 13 August 2020. The expectation is that these will be the last from the U.S. Commerce Department.

This had a major impact on Huawei that can no longer use Google Android or access Google Services/apps on any new smartphone models from May 2019. ‘No Google means no deal’ to western buyers who had a taste for Huawei’s well specified Mate and Pro handsets.

As our U.S. Correspondent Sam Bocetta points out the anti-Chinese sentiment (Sinophobia) is running at all-time highs in the U.S. There could even be a ‘tech war’ as well as a ‘trade war’ on the near horizon. Sam’s article is well researched, articulate and really reflects what the U.S. feels. A msut read.

The Pandemic has made the U.S. government, business, and the public acutely aware of the reliance on China for oh, so many products. The Government is actively urging American companies to move manufacturing out of China and back to the U.S. Or to a democracy, not a Communist-controlled country.

The U.S. has quietly told Government and other financial institutions to move or withdraw Federal funds from Chinese stocks. This is a subtle first strike to decouple the U.S. and Chinese economy.

The Federal Retirement Thrift Investment Board (FRTIB) manages the U.S. federal employees’ retirement fund. It has now ‘halted the transition’ of the I Fund benchmark to the MSCI All Country World ex U.S. Investible Market Index, which includes stocks of Chinese companies.

“It should never have taken the FRTIB this long to reverse its misguided, deeply flawed decision to invest federal retirement savings in opaque Chinese firms engaged in human rights abuses and a wide range of military-related activities.”

Huawei to run out of chips

The Nikkei Asian Review reports that Taiwan Semiconductor Manufacturing Company (TSMC) has halted any new orders from Huawei’s HiSilicon. Until now, Huawei has been able to continue shipping smartphones using the Android Open Source Project (not Google Android) tweaked with its EMUI user interface skin running on its own ARM-based chips made by TSMC.

The U.S. Commerce Department announced on Friday that all non-U.S. chip manufacturers using American chipmaking equipment, intellectual property or design software will have to apply for a license before shipping chips to Huawei.

Huawei’s HiSilicon chips fundamentally rely on irreplaceable elements of US-based intellectual property. That means seeking supply from any ARM foundry is futile without breaking the law. Huawei will need to create an entirely new chip architecture. That would take years and likely not run Android.

Violating such laws would leave a company exposed to substantial penalties imposed by the regulators. And the U.S. Government will vigorously pursue any violations.

A potential workaround would be to use China-based Semiconductor Manufacturing International Corporation (SMIC), but it is a long way from ready to replace TSMC as a suitable alternative.

Huawei has been stockpiling chips and is said to have a years supply but enterprises and consumers are unlikely to buy when the products maybe orphaned sooner rather than later.

We live in interesting times