Home
Guides
How to choose 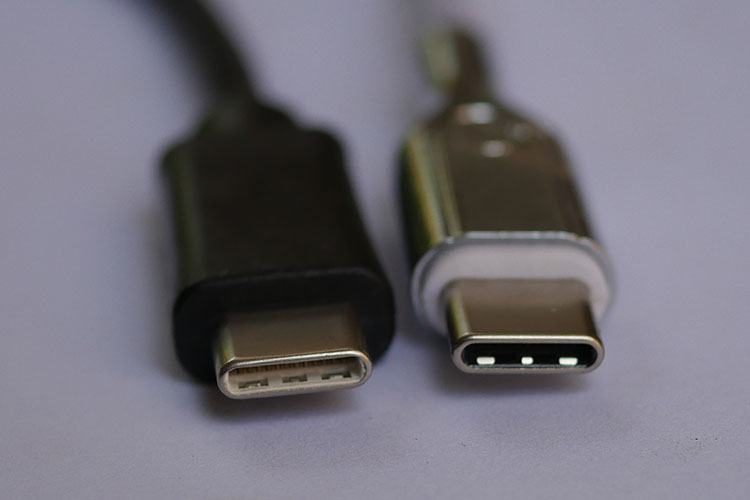 I’m in the midst of preparing a review of the superb Nikon Z7 digital camera. I found one aspect of it seemingly disappointing. But it now seems almost certain that the problem wasn’t the camera, but the USB Type-C cable I was using. That cable was slow.

Well, for most cables that is the case. It’s certainly the case for USB Type-A and USB Type-B and their micro and mini variants. All those are passive cables. They just carry the signal from one plug to the other.

But USB Type-C is different. It’s at least a partially active cable. It incorporates electronics – a chip – that identifies the capabilities of the cable.

What are those capabilities? Well amongst the capabilities of the USB Type-C connector identified by the chip are such things as:

. whether the cable supports USB Power Delivery and which modes (currently up to 60 watts).

. whether it supports so-called “alternate mode” operation. That means, whether it’ll work with DisplayPort, with Thunderbolt, with MHL or with HDMI.

So, here’s the problem: if you go into just about any store and purchase a USB Type-A to USB Type-C cable, it will be USB 2.0 rated. It’s not that it can go faster but may be limited by the quality of the cable. That has been the traditional limitation.

No, a USB 2.0 rated USB Type-C cable will tell the equipment it is connected to that it can only handle USB 2.0 speeds. USB 2.0 is specified at 480Mb/s, which converts to 60MB/s. For reasons I don’t understand, USB 2.0 rarely gets up near that full speed, and is very often less than half of that.

Examples of slow and fast

Let’s look at some example cables. I had a few USB Type-A to USB Type-C cables around the office. I’d purchased some, while others had been given to me by vendors. For the most part I don’t even know the brands and I certainly no longer have their boxes. To test their speeds, I put a folder of files, mostly photos and video, on a LaCie 1TB Rugged USB-C external hard drive. The test folder amounted to 10.2GB and contained 1,183 files.

Then I just plugged the USB Type-A end of the various cables into a USB 3.0 port of my desktop computer, one by one, and the USB Type-C end into the drive. And I copied this folder onto the desktop from the LaCie to determine the speed.

LaCie says that the drive supports transfer speeds of up to 135MB/s. The difference between something nearing that and the much lower speed of a USB 2.0 cable should be apparent.

The time it took to transfer the test folder was 1 minute and 21 seconds. The Windows copy dialogue suggested a speed bouncing between 125 and 139MB/s. The average speed was 129MB/s. Here’s the Windows dialogue approaching the end:

That’s pretty much what the drive promises on the box. So, we know what the drive can manage. What can it do with a random USB Type-A to USB Type-C cable? I have a nice newish one with a woven material outer section, one metre in length. But the USB Type-A end has a regular black tongue, not the blue-coloured one commonly used to distinguish USB 3.0.

Right from the start it was clearly going much slower. But the speed was actually rather high for USB 2.0: 36 to 42MB/s. The copy time was 4:23. Average speed worked out to be 39.8MB/s. That’s a good two thirds of the maximum speed allowed by USB 2.0. But still it was three times longer than with the original cable. Here’s the copy dialogue:

With the next random cable: the results were identical.

Another random cable: again, the results were identical.

Okay, what about a Huawei cable that came with a flagship phone from a couple of years ago. (Things might be different with new models.) It has a purple tongue, to match the purple port on its charger. This is intended to indicate the Huawei fast charge system. But, it turns out, this is yet another USB 2.0 cable, giving the same results as the last three.

The green-tongued cable from an Oppo Find X phone? Same as the others.

Could it be that the LaCie drive simply won’t work at full speed with a different-brand cable? Well, realising that I simply must have a known fast USB Type-A to USB Type-C cable to hand, I went out and purchased a Cygnett “Armoured USB-C to USB-A Cable, USB 3.1”. Cost: $35 for a one metre cable. (Note, USB 3.1 speeds are only achievable with a cable of one metre or less.) That would seem to fit the bill.

In other words, very slightly faster than with the cable that came with the drive.

When I was looking for a suitable cable in the store the other day, I of course carefully inspected the boxes. Most of the USB Type-A to USB Type-C cables were in boxes that said, somewhere, “USB 2.0”. But not all them. I think it’s safe to assume that the ones not so marked were also only capable of USB 2.0 speeds.

If you’re buying a USB Type-C cable of any type, consider what you want it for. If it’s just to charge stuff up, not a problem. Buy one of the lower-cost USB 2.0 types.

But if you’re thinking of data transfers, you won’t want the cable to be the speed bottleneck. In that case, check carefully that the cable you’re buying is clearly labelled USB 3.0, USB 3.1, SuperSpeed or SuperSpeed+. That’s the one to buy.

Meanwhile, sorry Sony for dissing the transfer speed from your fine, fine camera.