Vodafone and TPG merger back on 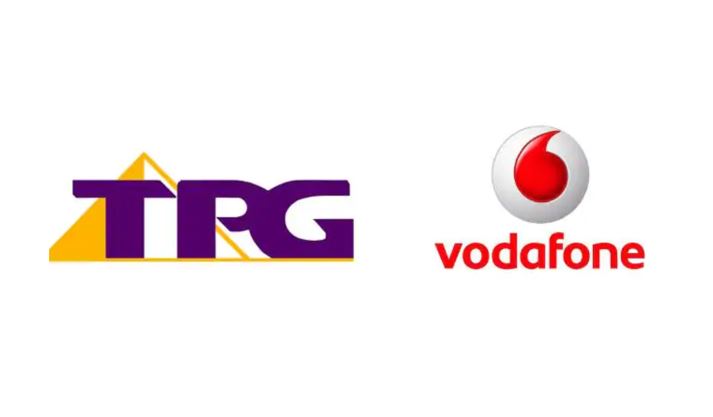 The Federal Court has reversed a ruling by the ACCC, and the Vodafone and TPG merger can proceed. But what does this mean for Australians and what is the future of the so-called ‘fourth’ network (well now three really).

The ACCC, headed by corporate bulldog Rod Simms (got to love someone who is on our side) felt the proposed Vodafone and TPG merger would harm consumers – for oh, so many reasons.

Simms said (and we concur)

“We stand by our decision to oppose this merger. If the ACCC won 100% of the cases we took it would be a sign we weren’t doing our job properly; by only picking ‘safe’ cases and not standing up for what we believe in.”

“We will continue to oppose mergers that we believe will substantially lessen competition because it’s our job to protect competition and, in doing so, ensure that Australian consumers enjoy the benefits of competition,”

Why the ACCC acted as it did? (in our interests)

The ACCC felt that Vodafone was gradually stepping up to be a viable competitor with Telstra and Optus anyway and that TPG’s main area was the internet (that was an NBN reseller anyway).

And TPG CEO David Teoh had already crowed that it was building a 4G network and would enable greater competition. Alas, that network was predicated on cheap Huawei equipment and won’t be proceeding (if it ever was!)

Those of you that know the name TGP will recall it came from the grey/parallel market/importer of computer parts – Total Peripherals Group. It was established in 1986 by Malaysian born and highly secretive David Teoh. Those that know say TPG had quite shady beginnings.

It got out of that business in 2007 by buying Adelaide internet provider Chariot (and later other ISPs).

Vodafone and TPG merger – what does it really mean?

Vodafone Hutchinson Australia is the result of a 2009 merger between Vodafone Australia and Hutchinson 3G Australia. Don’t be fooled by the words Australia. The joint venture entity is owned by Hutchison Telecommunications Australia (a subsidiary of international CK Hutchison Holdings) and by global Vodafone Group plc on a 50-50 basis. That merger was approved by the ACCC to create a ‘third’ network.

It offers 3/4G services to a limited Australian area, primarily in capital cities. It resells NBN. It had a very rough time between 2009-2012 when it was known Vodafail losing more than two million customers in that period.

Vodafone Group and Hutchison Telecommunications Australia will own a combined 50.1% of TPG Telecom Limited and Teoh 49.9%.

The dynamic of the Australian telecommunications industry has changed permanently with the TPG-Vodafone merger.

The ACCC fight was to keep a fourth network (TPG) that never actually existed. It was a vague promise by TPG, but its intention was never to go through with a network build.

Teoh is the ultimate telco poker player, who played the game masterfully and got what he needed. He will want more control of this combined business, and I don’t see Vodafone having any appetite for opposing that.

The sad part of today’s decision is the opportunity that the ACCC had to put some conditions around the merger. Conditions to help protect MVNOs (Mobile Virtual Network Operators). They will now collectively be the fourth virtual network.

It is up to Boost and other MVNOs to keep the bigger guys honest. We must continue to push the envelope and be that value play for consumers.

And another from David Tudehope, CEO, Macquarie Telecom

This decision will only worsen the lack of competition, which has meant our industry continues to underserve and overcharge customers.

Now that the decision has been made to allow the merger to go ahead, the Government and ACCC will need to reconsider how to improve retail and wholesale competition in mobiles.

The telco industry gets twice the number of complaints to the Telecommunications Industry Ombudsman (TIO) as the banking industry’s Australian Financial Complaints Authority (AFCA), its new Ombudsman, even after the Royal Commission.

As a result, the telco industry risks losing its social licence.

Editors note: Peter and David’s comments are spot on and appreciated but remember MVNOs buy carriage from Telstra, Optus and Vodafone and really don’t have too much room to keep the bastards honest. ACCC Rod Simms wanted a fourth network that would never happen.

GadgetGuy’s take – Vodafone and TPG merger is back on – so what?

You combine Vodafail with an ’aggressive’ low-cost NBN reseller that owns brands like iiNet and Internode. You don’t get the fourth network! You get a lot of customers that want ‘cheap’.

Neither has a very good reputation with the TIO, ACCC or the public. So I hope customer retention is high on its list as that has not been the case.

In the TIO Q2, 2020 FY report Vodafone had 1304 mobile and 137 internet complaints, iiNet 842 internet and TPG 678 internet. The Tio reported that “Complaints related to NBN services accounted for 41% of all iiNet complaints and 37% of all TPG complaints.”

The ACCC has 1284 articles about Vodafone, 776 articles about TPG, 726 about iiNet and 296 about Internode and a lot are about deceptive conduct. You can read more at GadgetGuy here.

As any savvy businessperson will tell you merging two weak business results in an even weaker one.

We won’t see a vastly cheaper deal on mobile and internet. I don’t think Telstra or Optus will change one iota because of this proposed merger.

As any savvy businessperson (well Harvard Business Review) will tell you 90% of mergers fail. I am looking forward to due diligence and discovery. I would not be surprised if the merger does not go ahead – or at best on far different terms.

The merger is a shrewd strategic move by Teoh to get what he wants.