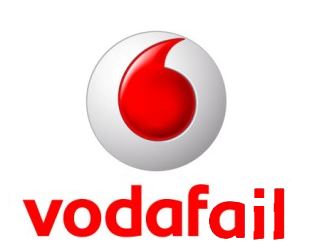 The ACCC has won its case against Vodafone – it must refund customers that purchased content using its DCB feature.

The DCB service (ACMA definition here), was on by default on Vodafone customer’s mobile accounts, and purchases could occur with as little as one or two clicks. The purchases would then be on the customers’ next Vodafone bill. Vodafone earned commissions from sellers.

“Through this service, thousands of Vodafone customers ended up being charged for content that they did not want or need, and were completely unaware that they had purchased,” ACCC Chair Rod Sims said.

Vodafone got off lightly for DCB transgression. Not so light is Product Reviews 1.6-out-of-5 star rating from 1820 customers – 1402 rating it at one star. Major complaints are network coverage and poor customer service.

Telstra copped a $10 million fine as well as having to refund 272,397 customers. The ACCC did not reveal the total amount Telstra made from its PDB. Telstra gets 1.5 stars. Its main complaint is that it charges premium prices for sub-standard service.

Optus had a $10 million fine as well. The ACCC said Optus alone had earned $65.8 million from the unfair practice. Optus gets 1.4 stars, and a lot of that is about mobile broadband and poor customer service.

The carriers saw a potential river of gold, so they invented DCB and enabled it by default. With one or two clicks you could buy, whether knowingly or unintentionally, games, merchandise or more. What’s worse is that kids with access to their parents’ smartphones could rack up debts.

Well, that practice has is dead. What rip-offs are next?

I added the Product Reviews ratings because it is appalling how far our three main Telcos have slipped into the crap service mire. Mind your utility companies (gas and electricity) and the scourge of the internet – price comparison websites don’t fare any better.

Add that to Amazon winning EU court case not to provide customer phone support, and you have to ask where it all ends.