Voice control will be critical for all new tech products 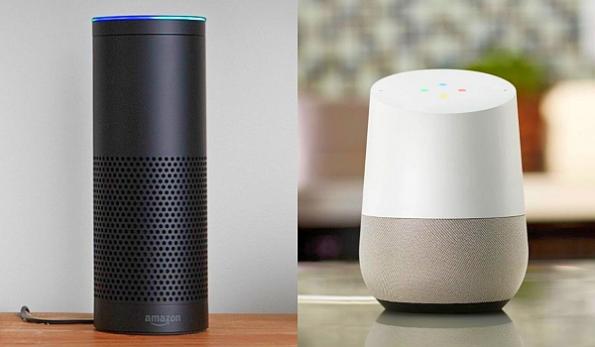 Voice control will be critical for all new tech products including those in general computing category. Consumers will increasingly demand the feature whether it is built-in or accessed by a smart speaker.

In Australia, the Google/Amazon situation is different with OK Google selling 3-to-1 over Amazon Alexa. Reasons include not wanting to enter or trust the Amazon shopping-based ecosystem. It is not as well known here!

Both leaders are adding features daily. Amazon uses skills developed by external vendors, e.g. “Ask Philips Hue to turn on the lounge lights”. There are now over 60,000 skills (only a small percentage work in Australia). Amazon supports its own ‘Prime’ products like music and movies, often to the exclusion of other providers. Alexa speakers come from Amazon Echo and Sonos.

Google looks for tighter integration into the OK Google system

“ Google turn on the lounge lights”. And its products including Nest, Pixel Chromecast have very tight integration – they just work – easier to use. Google’s open system means speakers from LG, JBL, Panasonic, Lenovo and more support it – better sound and unlike Alexa, you can upload your music library to the cloud.

The choice then comes down to the preference of the ecosystem as opposed to the hardware.

If you are in Google’s Android camp, then Google Assistant is for you. Google’s natural language understanding is superior, and its search capabilities are best in the long run.

Either way, will become more user-friendly and is moving to AI – human responses. Google has the edge with follow-up questions and context.

Despite the growing capabilities of smart speakers, people still use them for basic functions: listening to music or podcasts, catching up on the news, getting weather and traffic updates and asking general questions.

Only a small number of people are using speakers for shopping. Frankly it is too hard!

GadgetGuy’s take: Voice control is the next mouse!

Alexa is leading in smart home integration. Google leads everywhere else and is backed by way more intelligence. From GadgetGuy’s perspective, we now have two test beds and will objectively compare the ecosystems in 2019.

While the US has 41% smart speaker penetration, Australia has a fraction of that. Noted research company Telsyte says about 500,000 households (5%) have a smart speaker and that it will eventually come down to Google or Apple ecosystem – what ecosystem are you locked into?

Voicebot AI says Google has 61% of the Australian market (July 2018) versus Amazon Alexa at 21%. Canalys predicts Google will level that playing field in the US and other markets in the years to come.

The question is not who will win but what is next in voice assistants. AI and conversational queries are the next step. Who gets there first wins.

And in breaking news Samsung will add OK Google to its 2019 TVs joining LG, Sony other Android TV OS makers.