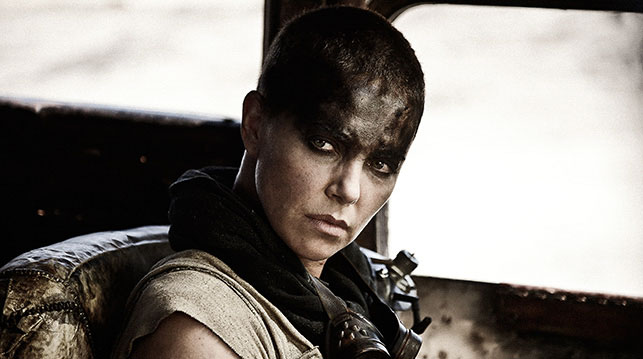 Ultra HD TVs have been around for a few years, but content, that’s been a bit hard to find. Fortunately it’s on the way in a new Blu-ray format, and Warner Bros has details on the first few titles.

There’s a good chance that if you splurged on one of those new 4K Ultra High Definition televisions in the past few years, you’ve haven’t been so lucky to find content made just for it.

Oh sure, the arrival of Netflix in Australia last year helped out with that, providing a small selection of 4K television shows and the odd 4K movie or two, plus a bunch of Ultra HD nature videos, but even these came with a caveat, requiring a pretty high-speed internet connection in order to get that 4K stream.

Even if you had the prerequisite 4K television, if you didn’t have a fast enough download speed on your broadband connection, you were stuck, and Full HD is all that you’d be receiving. Bad luck.

Fortunately, help is on the horizon, and it’s coming in the form of a new type of media, as the Blu-ray disc format jumps up in what it can hold with an increase in storage capacity.

The format’s official title is “Ultra HD Blu-ray”, though you can just see retailers and customers calling these any number of names, including UHDBD, HDBD, and even BD4K, which is the one we’re particularly partial to.

Beyond the name, the new format is essentially an Ultra HD supported version of Blu-ray, with movies stored on a larger capacity disc delivered in a higher resolution with the colour relying on the higher dynamic range 4K TVs are capable of seeing.

There’s even a bit of boost in the audio department, with some of the movies supporting Dolby Atmos technology, meaning sounds can be heard in a true 3D space positioned in the audio track as sound objects.

Movies supplied in this format need a 4K version of the film, and movie studios appear ready to deliver, with Warner Bros talking up a few titles that will be heading to store shelves this year.

According to Warner Bros in the US, customers in this region will see “San Andreas”, “The Lego Movie”, “Max Max: Fury Road”, and “Pan” later this year, with other titles expected later on, including “Man of Steel” and “Pacific Rim”.

While no firm date has been set, Warner did say that more than 35 Ultra HD Blu-ray titles should be available by the end of 2016.

“We are excited to take this next technological leap which will allow us to bring our audiences the best possible home viewing experience with crystal clear images and immersive audio,” said Ron Sanders, President of Warner Bros Worldwide Home Entertainment Distribution.

“Ultra HD with HDR is the next, and most exciting, advancement in home entertainment, and with the anticipated proliferation of Ultra HD televisions in the coming years, our Ultra HD Blu-ray product offerings will truly complement the stunning capabilities of this new generation of home entertainment hardware. Warner Bros. is fully committed to releasing a wide range of Ultra HD Blu-ray titles, including both new release titles and offerings from our vast catalog.”

As for release in Australia, that one is a bit of a question mark, but we’re checking with Warner’s local people to find out when Aussies will get the chance to sample a 4K version of one of these four movies.

Given how detailed Mad Max and Lego Movie were, you can bet those two will be high on our viewing agenda.