We press for the juice on Boost Mobile Australia 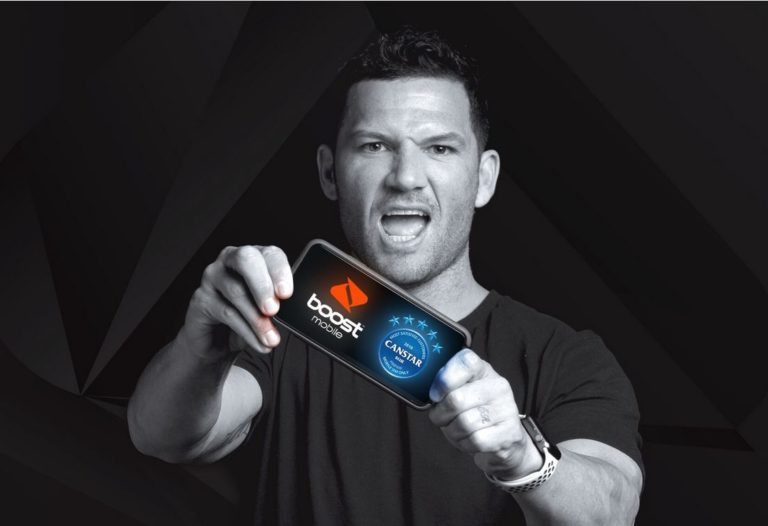 Boost Mobile Australia was set up in 2000 by serial entrepreneur Peter Adderton. Its US arm recently merged with T-Mobile and may end up as part of the Dish Network.

But we are talking about Boost Mobile Australia, an MVNO (mobile virtual network operator) that does not own its towers and infrastructure but sells one of the three main networks – Telstra (in this case), Optus or Vodafone.

But Boost Mobile Australia is no ordinary MVNO. It is closely aligned with Telstra to the extent that Telstra does its billing and support.

Other MVNOs that use Telstra’s network include Woolworths Mobile, Aldi Mobile and Belong (a Telstra lower cost sub-brand). You can find a list of MVNOs and networks here.

Like other Telstra MVNOs, it cannot access the Telstra 4GX higher-speed network, and its downloads are capped to 100Mbps.

Boost claims it is the only MVNO with full access to Telstra’s retail 3/4G network that covers approx. 99.4% of Australians. Note the 3G network closes in 2024. Other MVNOs access the wholesale network covering 98.8% of Australians.

So on points, its claim of full access to the Telstra 3/4G Australia-wide network is correct.

What does Boost Mobile Australia sell?

No-frills, pre-paid, sim only plans on no lock-in contracts. Recently it added refurbished Apple and Samsung phones from Alegre.

The price includes unlimited standard calls and texts with data top-ups and some international roaming packages.

Its marketing focuses on youth and action/sports experiences. It also is very much an online model although some major supermarkets, petrol stations and phone stores stock its sim packs.

But savvy shoppers include a large following among fixed-income seniors.

Why does Telstra want Boost?

Rumour has it that Boost accounts for over half of Telstra pre-paid business, ergo Boost is doing something that Telstra cannot.

According to founder Peter Adderton, it is because Boost can have a relationship with its customers. And it is attracting customers that are not the best fit for the behemoth Telstra.

“Telstra is very good with large corporate, enterprise and government with dedicated relationship managers and tailored deals. We are very good with no-nonsense, online pre-paid,” he said.

“And we are far more agile. We can offer spot deals, change inclusions and more to suit market trends. Last year Telstra reduced 1800 mobile plans to 20 and still can’t offer what we do,” he added.

Adderton was also referring to the potential in the not to distant future for Big Tech to take on the Telcos offering satellite and solar-powered drones to provide high-speed internet. Boost will be right there to offer the best deals.

People tend to leave negative reviews for any supplier when things are not to their reasonable satisfaction. Boost is an online supplier and as such, it is hard to get someone to vent to and get quick action.

If you look at Productreview.com.au you will see quite a dichotomy of one-to-five star reviews averaging 2.4/5. The fairest comment is that the recent spate of 1-star comments during COVID-19 relate to the inability to contact support or get things done in the expected time.

To be fair to Boost, the so-called premium Telstra is even worse at present taking from 16 March to 17 April to port my NBN service to Aussie Broadband and losing my landline number porting request as well.

OPINION: If you are remotely like me you grew up with Telecom Australia (in fact the Postmaster General) and were loyal to the now Telstra.

I had substantial business IT needs and Telstra accommodated them very well, albeit at a premium price. But when I sold my business a decade ago, I lost that relationship manager and became one of the great unwashed – a ‘consumer’.

Over the past few years, Telstra’s abysmal service and impossible attitudes lead me to move from the premium provider. And you know what? I could not be happier and am saving heaps. I use Woollies for mobile (it could have been Boost) and now Aussie Broadband for NBN and I don’t have to put up with Telstra’s crap.

Peter Adderton hit the nail on the head. Boost and other MVNOs attract business that is not a good fit for Telstra, Optus or Vodafone. Basically, that business is some 25 million Aussies that need to realise that post-paid is a rip-off!

So, more power to Boost! Consumers should now appreciate what having an agile company like Boost looking after them means.

DISCLOSURE: Boost Mobile Australia provides GadgetGuy with pre-paid sim for its mobile phone testbed. It is not an advertiser or sponsor and did not pay for this coverage.