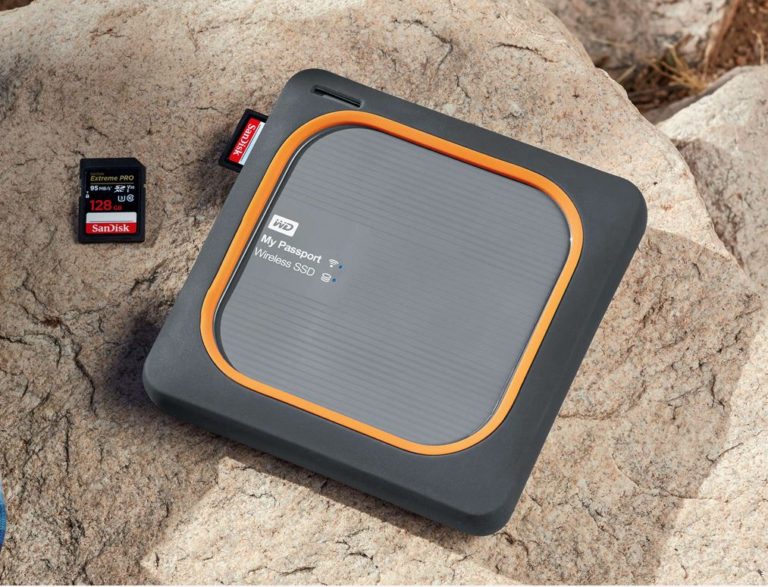 Western Digital’s senior sales manager ANZ Simon Whitford said, “The hard disk version was very popular with photographers as it allowed wireless backup up to 4TB on the go. The SSD version ranges from 250GB to 2TB and adds the rugged reliability of SSD.”

I fully expected him to drop the device, but instead, he extolled its virtues including a durable rubber bumper case.

“It also proved a hit with road warrior who wanted to take music, movies and work files with them”, he added.

Here are the basic specifications.

Battery life from the 6700mAh battery is up to ten hours. Of course, that depends on things like which Wi-Fi band you are using – the 5GHz band is faster at 35-50Mb/s and will stream 4K content but consumes more power. The 2.4GHz band will stream HD content.

It will act as a Wi-Fi Hotspot allowing up to eight devices. It has a basic NAT firewall. Great for road trips and hotels where you may otherwise be limited to a single login. It will also act as a power bank to recharge USB devices.

Setup is via Mac, Windows, iOS or Android. The WD My Cloud app shows battery charge (also by four LEDs on the unit).

Because it has a processor inside for the router, it can run Plex Media, DLNA or Twonky servers.

You can get it a JB Hi-Fi, Ted’s Cameras and online at Amazon.