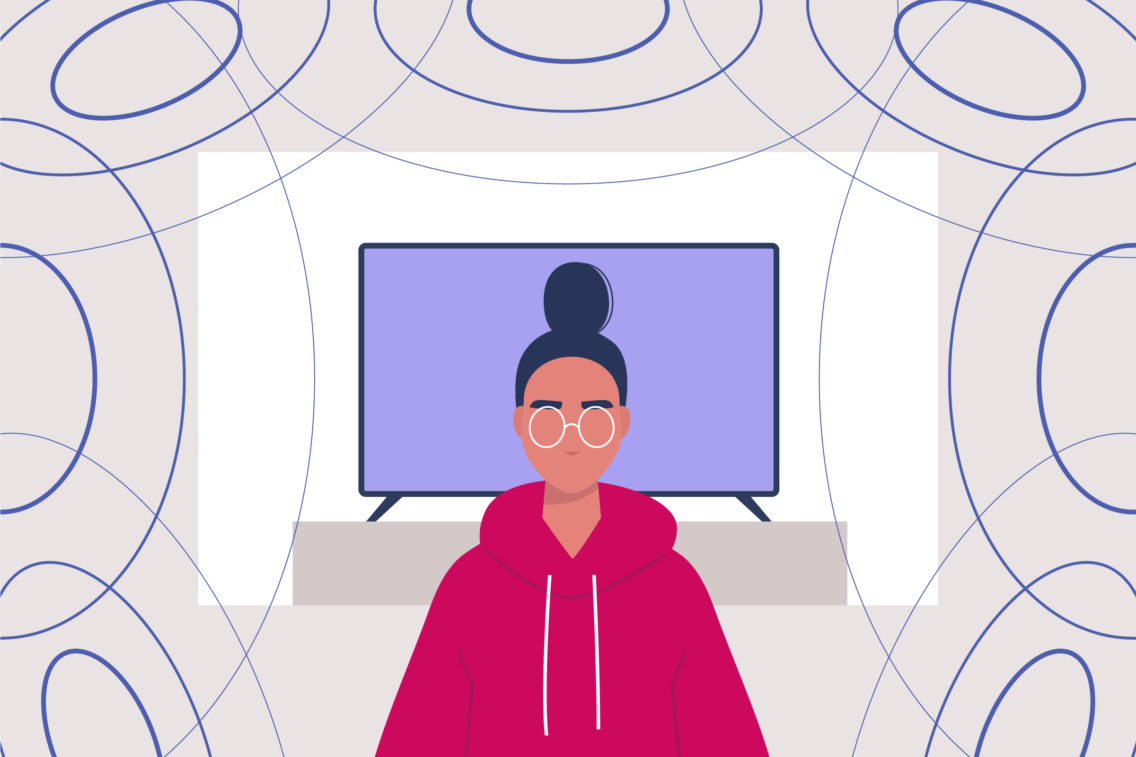 Making its way from commercial movie theatres to our living rooms, Dolby Atmos provides the biggest leap in cinema audio since surround sound. But what makes it so immersive, why should you care and what do you need to experience it at home?

What is Dolby Atmos?

In a home theatre speaker system setup, this would mean adding either two or four speakers to the ceiling to an existing 5.1 or 7.1 setup. We would express this as 5.1.2 and 5.1.4 or 7.1.2 and 7.1.4 with the end number denoting the number of height speakers installed.

However, it’s not just the addition of height channels that makes Dolby Atmos so darn immersive over regular surround sound. With a Dolby Atmos mix, individual on-screen elements are assigned their own audio track that can be positioned in a three-dimensional listening space, taking it beyond the bounds of traditional 5.1 or 7.1 surround sound channels.

This means that specific objects within a scene, whether it be the clink of silverware in a quiet restaurant scene or a bullet whizzing by in your favourite action flick, can be represented by any speaker in the room at any given time, independently or together.

For example, if a helicopter flies overhead and to the right, the sound will start in the back of the room, move overhead, and disappear off to the right side. In contrast, conventional surround sound is channel-based, whereby sound effects are confined to a general zone. In a 5.1 setup, this is limited to just two zones – left and right ­– making it very difficult to pinpoint sounds in a scene.

Like Dolby Atmos, DTS:X uses object-based sound to calculate which speaker needs to get what amount of sound to accurately convey the location of an object in space and create the most realistic experience possible. However, it is a bit more flexible in that it doesn’t require overhead speakers for it to work.

What do you need to experience Dolby Atmos?

There is a chain of elements you need to have in place before you can properly experience Dolby Atmos, and the good news is that probably already have the makings of a system.

For home theatre enthusiasts who prefer a system of separates, an AV receiver (AVR) with a processor capable of decoding Dolby Atmos will be the core of your setup. The good news is that the feature is so common that most models, irrespective of their price bracket, should offer Dolby Atmos. Generally speaking, AV receivers that support at least 7.2 channels offer Atmos support. There might be some exceptions, but the point is that you can get your hands on an Atmos-compatible receiver without breaking the bank.

The second part is the speakers. If you already own a 5.1 or 7.1 setup, all you need is to add two or four height speakers which can be achieved either through upward-firing or ceiling speakers. The upward-firing speakers can be mounted directly atop your front or rear speakers, and they work by bouncing sound off the ceiling and towards your listening position to make it seem like sound is coming from above you.

In-ceiling speakers may not be practical for a lot of people as it involves cutting holes in the ceiling and running speaker wire. This can be time consuming and, if you rent your home, the landlord may not allow it.

The decision to go with either in-ceiling speakers or upward-firing speakers will also depend on the height of your ceiling. Having overhead speakers too close to the listening position may be distracting because you’ll hear exactly which speaker is producing the sound instead of feeling immersed in an atmosphere in which sounds occur naturally overhead. For this reason, Dolby recommends using upfiring speakers if your ceiling is lower than 2.4 metres to create a more diffused soundfield.

Dolby Atmos will work with most rooms, but you’ll get the best sound if your ceiling is flat, as opposed to vaulted or angled.

If you prefer soundbars for their sleek, space-saving designs and clean hassle-free installations, Dolby Atmos technology is available in soundbar systems. More premium-tier Dolby Atmos-enabled soundbars can offer at least two built-in upward firing speakers for object-based audio, an external wireless subwoofer and even rear wireless speakers as well. The more you spend, the more features you tend to get and the more driver units (aka speakers) the soundbars tend to use, which should result in more convincing home cinema sound.

Just be aware that there are soundbars on the market that claim to deliver Dolby Atmos sound without a vertical speaker in sight. Unsurprisingly, they often fail to deliver genuine overhead sound so if you’re shopping around for a soundbar, always check to make sure that the soundbar actually has upfiring speakers built into its chassis.

You won’t need to worry about a separate AV receiver or processor as a soundbar will have everything you need to decode Dolby Atmos, as well as additional HDMI ports for connect your TV and Dolby Atmos source devices, such as 4K gaming consoles and streamer boxes.

Soundbars can be a great option if you want to get the benefit of Dolby Atmos without the hassle of wiring (or re-wiring) an entire room, or for those with smaller spaces. If you’d like more advice, then head on over to our dedicated guide on How to choose a soundbar.

What about Dolby Atmos TVs?

You will still want a speaker system or soundbar even if your television supports Dolby Atmos, as televisions generally only come with one pair of speakers onboard which are primarily designed for regular broadcast TV viewing.

In most cases, when a television says it supports Dolby Atmos it just means that it can decode the Dolby Atmos stream and downmix it to the capabilities of the inbuilt speakers, which in almost all cases is pretty poor and not true Dolby Atmos sound. Some more recent models come with a soundbar built-in to the television, but you’ll enjoy much better sound by going with an external solution.

While HDMI ARC connections are common, they support only compressed Dolby Atmos. This will sound great, of course, but for the full-resolution experience, your TV, AV receiver or soundbar will need HDMI eARC connections, and your current equipment may not have them.

There is a mountain of Dolby Atmos content available through streaming services such as Netflix, Disney+ and Amazon Prime Video, and if your TV has those apps built-in then you can simply pipe the audio directly from the TV out to your Dolby Atmos-enabled AVR or soundbar.

If your TV doesn’t support eARC, then we would recommend grabbing any modern streaming device such as an Apple TV or Nvidia Shield. Simply connect that directly to your Dolby Atmos-enabled AVR or soundbar and start enjoying all that spatial audio goodness. It’s worth noting that Dolby Atmos delivered from streaming services is compressed to quite a large degree, which is why at GadgetGuy we always recommend using a Dolby Atmos supported Blu-ray or 4K Blu-ray to hear spatial sound in all its uncompressed glory.

Some better than others

But not all Dolby Atmos mixes are created equal. Some barely put the height channel to use (we’re looking at you, Disney Marvel films), making almost no discernible difference to the soundscape than regular surround sound, whereas some other mixes offer a significant step up that adds a whole lot to the sense of immersion.

Titles such as 1917, Everest, Mad Max: Fury Road and The Matrix for example, are demo-worthy and absolute must-haves in your collection, providing stellar bass extension, dynamics and almost constant activity in the overheads.

On the gaming side, all Xbox consoles dating back to the very original Xbox One support Dolby Atmos as do modern Windows PCs, which can be enabled and configured by the downloadable Dolby Access app. Once set up, the experience in some titles such as the latest Call of Duty and Battlefield titles sound downright amazing.

While best results are to be gained from native Dolby Atmos source content, a Dolby Atmos AVR/speaker system or soundbar will also upmix any surround sound audio to use all its available drivers. So how do you know if you’re listening to genuine Dolby Atmos, or a simulation?

Check the font panel display of your AV receiver or soundbar (if it has one) and, if you can’t see ‘Dolby Atmos’ or ‘Atmos’, chances are the audio signal is not Dolby Atmos.

How many speakers do I need for true Dolby Atmos sound?

Whether you’re shopping for a soundbar or setting up a speaker system, you’ll want a minimum of 5.1.2 channels. This means a front, centre and right speakers + left and right surround + two overheads or upfiring speakers, and a subwoofer.

Dolby recommends that you use four overheads or upfiring speakers which will make the placement of overhead sounds more accurate, and you’ll get better resolution and more precise, realistic sounds as an object, such as a helicopter, passes overhead in a scene. This means stepping up to a 5.1.4 setup if you can stretch it.

For optimum playback performance with dramatic overhead effects, mount any Dolby Atmos-enabled soundbar at, or slightly above, a seated listener’s ear level. You can place the soundbar on a console in front of the TV display or on a shelf or wall underneath the TV.

The upward-firing Dolby Atmos drivers in the soundbar must have clear line-of-sight access to the ceiling. For best results, avoid mounting the soundbar in a cabinet, as this will disrupt the reproduction of the overhead layer of sound that is essential to the three-dimensional Dolby Atmos experience. When possible, position the soundbar in front of the TV display so that the screen does not disrupt or interfere with the direct pathway of the overhead sound.

If the soundbar has built-in side firing (surround) speakers, position it so that the sound from these speakers is in the direct line of sight with the side walls.

For optimum performance, place your speakers at or slightly above the level of your ears when you’re seated. Don’t place the Dolby Atmos-enabled speakers higher than half the height of your wall. Make sure the speakers are at least a metre away from you, ideally 1.5 metres or more.

For more information on speaker placements, be sure to consult with Dolby’s website for your specific speaker configuration.

Learn more about Dolby Atmos at GadgetGuy news and reviews. 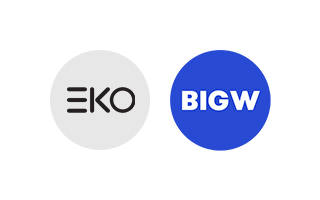