What’s Huawei to do – US Executive Order black ban upheld 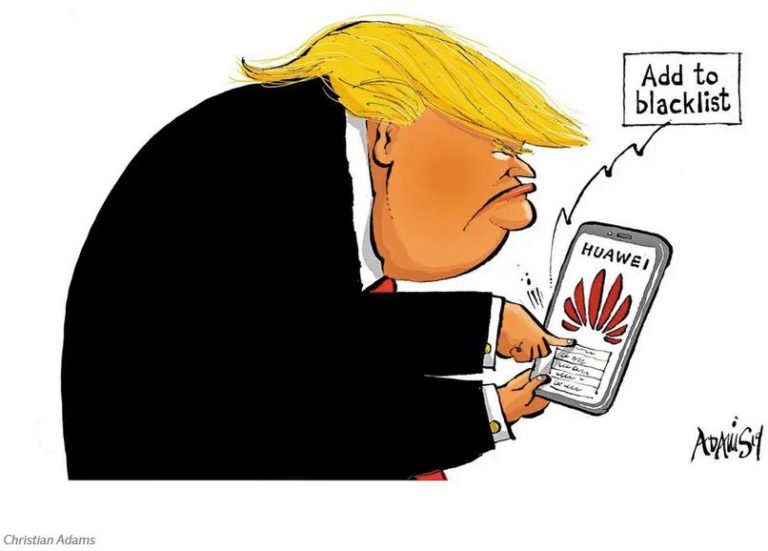 The 90-day extension granted to Google to supply existing Huawei handsets with a limited range of updates has expired. What has happened? Apparently not much except the volume of fake news has significantly ramped up to obscure the facts. Here is clarity as we see it!

History: On 15 May the US President signed an executive order giving the federal government the power to block US companies from buying foreign-made telecommunications equipment deemed a national security risk. Some call it the Huawei order and Trump’s now-famous words were, “It’s my way or the Huawei.”

Google rightly stated at the time that disallowing Huawei access to Android, Google Play (apps), security patches and indeed Android 10, etc., was cruel and unusual punishment to those who had bought Huawei handsets.

Fact: On 7 August US President Trump announced that the US Ban on Huawei “Kicks in next week”. The Whitehouse released a link to the “Prepublication Version of an Interim Rule Being Issued by DoD, GSA, and NASA which officially prohibits the use of Huawei equipment. That sounds pretty definite.

The US blacklist has had far-reaching effects on Huawei.

It has effectively cut Huawei’s Android smartphone sales off at the knees. Indeed, depending on whom you believe it appears the backlisting has cost Huawei US$30 billion and a 40-60% drop in international sales. Some sources report 80% drops resulting in massive layoffs.

Almost no handset sales in the US, a massive sales drop in Europe and ANZ and mainstream Telcos and retailers refusing to sell the product until there is a clear resolution of the issues. It is doing well in homeland China (where Google services are not allowed anyway) cruelling the sales of Apple’s iPhone.

Indeed, GadgetGuy (that has its extremely high 87+% reader credibility rating it wants to keep) and many mainstream media, have not reviewed Huawei product until there is a clear resolution. We did not want to rate its products well (as it deserves) while the spectre of the ban could impact people buying and using the product longer-term.

The August deadline has reaffirmed the ban.

Again, depending on whom you believe, there is a definitive no go (ban) or go (specific exclusions).

First, in late June, Trump opened the door to US es to apply for limited trade licences if the tech or components were not a threat to US national security. Bloomberg reports that last week, Commerce Secretary Wilbur Ross had received 50 requests and that decisions on all of them were still pending. Do not hold your breath!

Second, Google argues that its licence is until 19, not 13 August – OK Google, we will ask you more about that next week and your interpretation of the Gregorian Calendar.

Third, as of 13 August, it is now the rule of law – no business with Huawei. Trump says there are no plans to allow more sales by U.S. suppliers of non-sensitive products to Huawei. He said the issue of Huawei is not related to the trade talks.

Fourth, Trump has delayed additional tariffs on mobile phones and laptops until 15 December. Other tariffs will go ahead as planned on books, clothes and school supplies on 1 September.

Huawei has conveniently announced HarmonyOS – a potential Android replacement. It is a fact that no matter how good Huawei’s new HarmonyOS is that

So, sales of Huawei without Google will only be in China and sympathetic Asian markets.

What does the final ban mean for Google?

Goggle exploited a minor loophole in the intent of the Executive Order to keep supplying Huawei with software and services for its existing handsets. That means everything up to the current P30 series. Huawei argues that its pending Mate 30/Pro launch next month at IFA Germany is under that umbrella too (given the 12-18 months lead time to develop a phone). Fair enough.

If the trade ban remains, no exceptions, that means future Huawei phones will no longer have an Android license. Huawei will no longer receive software updates, new versions of Android or have access to Google Play Store, Security and Services. Even if Huawei uses a free Android fork, this will lock its devices out of the app store and services like Gmail, Docs, Maps, Music, YouTube and Assistant will not work.

So, we are back at square one – no perfect clarity.

GadgetGuy’s article on Huawei clarity of 23 May is still the most relevant and objective advice (until rescinded), and those contemplating buying a Huawei device need to read it.

This tweet from the real Donald J Trump is why we are still confused.

There may or may not be National Security concerns about Google and their relationship with China. If there is a problem, we will find out about it. I sincerely hope there is not!!! 7:02 AM – 26 Jul 2019

The 90-day Google exception gives little clarity for consumers. While Huawei phones currently receive Android updates, it remains hard to make a purchase recommendation when Huawei is still, and for the foreseeable future, on the US blacklist.

But the issue is far more profound. Qualcomm, Intel, Broadcom, Micron, Microsoft and many more significant tech companies are among the 50 tech companies awaiting licences. While Huawei may have component stockpiles (it has admitted that it has about 90-days reserve) what does that mean for future phones, laptops and consumer products?

Huawei responds (as reported by Bloomberg).

“We have to complete an overhaul in harsh and difficult conditions, creating an invincible iron army that can help us achieve victory,” Ren wrote in the letter dated Aug. 2. “We absolutely have to complete this re-organisation within three to five years.”

“Two bullets fired at our consumer business group, unfortunately, hit the oil tanks,” Ren said in his letter, without elaborating.

Huawei’s Australia’s position on its consumer products is here

And for Australia and New Zealand and other five eyes?

In the US Senate this week

The Federal Government has reaffirmed that Huawei will have no part in the 5G roll-out or any critical infrastructure.

“Australia’s position on 5G security is based on our domestic and national interests. The Australian Government stands by its August 2018 announcement on 5G security.”

Huawei’s Australian chief executive officer Hudson Liu said, “We accept that the Australian Government policy on 5G may not change in the short term, but we will never give up on the Australian market, we are committed to this country in both the good times and bad times.”

Meanwhile, New Zealand says it is between ‘Huawei and a hard place’.

The Government Communications Security Bureau (GCSB) has categorically told Spark Telecom it can not use Huawei in the 5G roll-out.

GCSB (NZ) countered that Huawei’s ‘very, very shoddy’ equipment and software was the reason – not as a result of any geopolitical issues. New Zealand is standing firm.

He is ordering a new ‘ground-up’ look to protect the Five Eyes relationship (read GadgetGuy’s take here – also chilling). And its no coincidence he and Trump share the same barber!