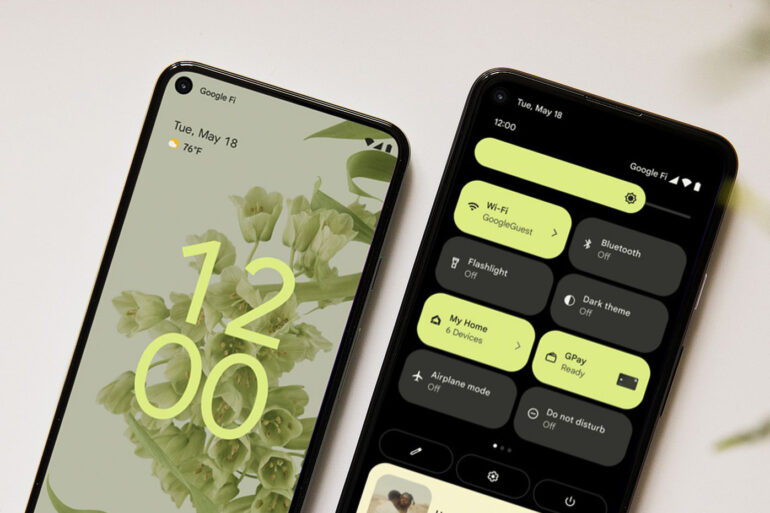 New Android 12 symbols alert you when your smartphone’s microphone or camera is quietly activated, as Google cracks down on apps which breach your privacy.

The new security indicator appears in the top right corner of the screen, on devices running Android 12. It displaying a camera and/or microphone icon when an app attempts to access this hardware.

Instead, the new security warning aims to increase awareness of exactly which apps are watching and listening. The idea is to catch out malicious apps attempting to surreptitiously listen in on your conversations or watch you through your camera.

The new Android 12 symbols also reassure you that apps are abiding by your privacy preferences.

For example, some Facebook users have long suspected that the Facebook app secretly listens in on their real-world spoken conversations, due to Facebook’s uncanny ability to pop up advertisements for items they have discussed aloud but not searched for online. The new Android security symbols settle this argument by making it clear whether or not Facebook is accessing your microphone.

Building on these new privacy features, Android 12’s new Privacy Dashboard lets you view a log of which apps have accessed your camera, microphone, location, call logs and contacts. It also displays a list and pie chart of which hardware and software your apps try to access the most.

Android’s new security features follow in the footsteps of Apple, which offers similar privacy warnings on iOS and macOS devices. An iPhone camera alert sparked fears in 2020 that Instagram was secretly filming users, but it turned out to be a bug.

Going one step further, Android 12’s Quick Settings now allow you to entirely deactivate your microphone and camera across the entire phone.