Which PC form factor is right for you? 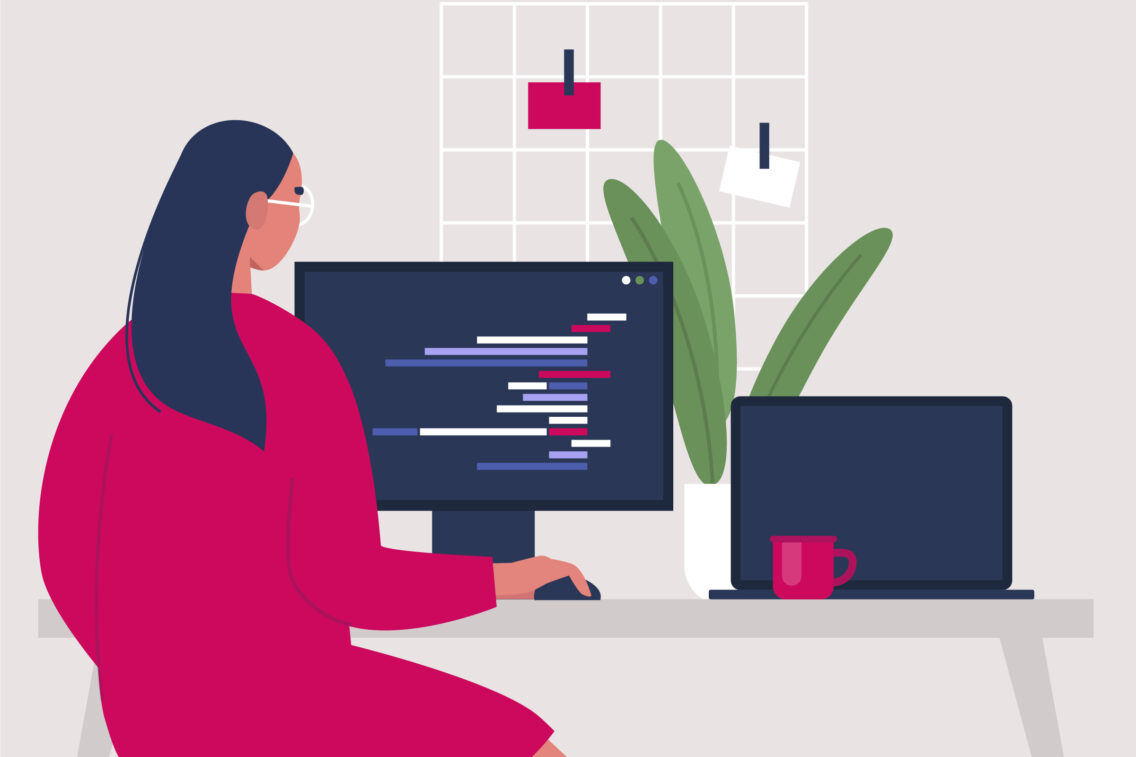 Your PC is a vital part of your life, a multipurpose tool for work, rest, and play – but choosing the right shape, or form factor, for your PC depends very much on what you do. The PC – short for ‘personal computer’ of course – has been with us for about 40 years, and over those decades has settled down into a handful of familiar form factors:

Desktop tower PC. The closest tech relative the original 1981 IBM Personal Computer, the ‘tower’ is still the proving ground for the latest tech, and can have the highest performance… at the highest price!

All-in-One (AIO) PC. In component terms, an AIO is much like a laptop, except instead of a hinged screen and keyboard, the computer is built into the back of a large monitor.

PC Stick. Modest in performance, but massive on possibility. Looks like a giant thumbdrive, plugs into an HDMI port to make any dumb display even smarter than a smart TV.

Each form factor has, of course, it’s peculiar strengths and weakness, and is suited (or not) to variable individual needs. Let’s take a close look at what they are.

Once the $8000+ domain of the ultra-rich executive, the laptop is now the go-to form factor for when you buy a new computer. And why not? A laptop has everything you need out of the box, and all you have to plug in is the power cord.

Laptop as a PC form factor has won its dominance thanks to huge variety of choice. Laptops can be feather-light and convert into tablets, they can be solid and dependable corporate workhorses, they can even be LED-bedecked gaming hotrods.

But because a laptop is fundamentally a PC, it can be connected to a large display, external keyboard, and mouse – so you can use it like a desktop. Many laptops have a compatible dock to make the process of connecting to a desktop workspace even quicker and more convenient.

Why do I want a laptop?

The laptop is best when you need a PC that fits your space but won’t also have to compromise on performance. Even the bulkiest laptops today are more portable than a desktop, and they’re simple to set up – unpack from the box, press power, go!

A laptop is also a good choice if you need peripherals like a camera, microphone, speakers etc, but just can’t stand the way all those cables get tangled and look messy and… ugh! All that stuff is built in to a laptop, and is set up ready to go – no need to install ‘camera drivers’ or work out how to switch your ‘audio source’.

Why don’t I want a laptop?

A laptop is harder to upgrade than a desktop, and you can usually only spec up the SSD storage capacity, and the RAM.

If you like to dabble in gaming, then you’ll need a gaming laptop, but these models are expensive and desktop graphics cards are still more powerful. In fact, if you are a bit obsessed with ‘performance per dollar’ (not that there’s anything wrong with that!) you may never find a laptop spec that’s quite right for you!

The desktop PC comes in many shapes and sizes, but all that marvellous variety emerges from a standardised configuration of two main components – the motherboard, and the power supply. Onto these, all the parts that make a PC are attached.

The basic, DIY big box PC – so often seen in a gamer’s den gussied up with LED strip lighting – complies with the standard called ATX. There’s a more compact kind of tower called ITX as well, which is becoming more popular among the self-build crowd.

The advantage of ATX is that it’s the place new components first hit the market – from CPUs to graphics cards to new SSD formats and more. This means, if you have an unlimited budget, the most powerful PC you can possibly build, today, will need to be an ATX tower. The desktop tower is both the ancient past but also the constantly evolving future of the PC.

Why do I want a desktop tower PC?

If you want the ultimate in gaming performance, a full-sized ATX tower is the best choice, because it will fit the most powerful graphics card (or GPU). And by ultimate gaming performance, we mean 4K at high framerates. What’s more, you can also use this powerhouse to do very hardcore work – whether that be animation rendering, photo processing, even actual science (with the right software)!

Why don’t I want a desktop PC?

The classic desktop comes as a bunch of parts which sure, you got to select, but now you have to build the thing! It’s not hard, but it can be fiddly. And after the machine is built, you have to find a space for it. Many ATX towers are just too big to go ON a desk and are best crammed under. The fans can be loud sometimes, and oh yes, you’ll need to know a bit about how to set up and maintain Windows.

The desktop All in One (AIO) PC

The All in One is so-called because it packs all the PC components in behind a large display. It’s a desktop-only computer (not portable) but like a laptop it comes out of the box with everything you need – including a matching keyboard and mouse. AIO PCs usually have a sleek design and the top end of the market includes premium materials.

In terms of performance, think of an AIO as a laptop but with a bigger display. You can get very powerful AIOs, with stonking powerful CPUs and 64GB of RAM, or even with a pro-grade graphics processor for media or animation work. Or you can choose something slimmer, quieter, and less expensive. Gamers, however, will struggle to find an AIO that meets their needs.

Why do I want a desktop all in one PC?

The AIO looks best in an ultra-minimalist home or home office setting, where you still want a big display (some even have curved displays) but you don’t have the space or aesthetic tolerance for a big chunk of hardware sitting on the floor. Because of the range of specs, an AIO can suit someone who wants a 4K display, and like a laptop, everything you need to get started is in the box. Most models also include a built-in webcam and microphone (like a laptop).

Why don’t I want a desktop all in one PC?

And AIO can cost as much as desktop tower, but will offer less performance at that price – again, same as a laptop really. And like a laptop, you can’t upgrade the graphics (with a few high-end exceptions) and most AIOs won’t be up for extended number-crunching or other pro tasks – although if you do a bit of a searching you will find AIOs with top-end CPUs… but the price will shock!

A new wave of CPU upgrades and form factor standard tweaks has put the doughty little Mini PC back in the spotlight for some buyers. Conceived by Intel, and called the ‘New Unit of Computing’ (NUC), the Mini PC is now a robust tiny, tiny standard for desktop PCs – you can hold it in your hand, and use it to create worlds (or maybe save this one!).

Latest CPUs, lots of RAM, big HDD and SSD options, high-bandwidth networking – Mini PCs are built to work hard and not take up much space while doing it.

Why do I want a Mini PC?

With a wider range of specifications than you can get from an AIO, the Mini PC also lets you spec your own monitor – or up to four of them! It has all the plugs and ports of a full ATX desktop tower, but is so small we can’t even think up a common object to compare it with! A stack of six pieces of toast? Bit smaller, actually. The Mini PC form factor also has a neat trick of being the same shape as a monitor’s VESA mount – that means you can bolt the entire computer to the back of a display.

Why don’t I want a Mini PC?

Serious gamers need not apply since a Mini PC doesn’t have room for a dedicated graphics card. Most can play indie games though, thanks to powerful CPUs. Also, the Mini PC itself is perfectly portable, but you do need to drag along a keyboard, mouse, display, speakers, camera, mic… yeah, it’s a pain. For desktop set ups though, it saves a lot of space.

Based on another idea from Intel, called the PC Computer Stick, the idea here is rather than focusing on providing as much performance as possible (within the space provided), the PC Stick is ‘good enough’ to do a wide range of everyday Windows PC tasks.

That includes streaming TV, movies, and audio, and browsing the web without worrying about weird page formatting or incompatible plugins, or any of that – this is a full Windows PC, after all.

The PC Stick’s most compelling use case is plugged in to an HDMI port on a ‘dumb’ TV – it can instantly turn that dumb TV very smart indeed. In terms of power, most perform at about the level of a mid-range laptop. Nothing impressive, but neither will it be annoyingly slow.

Why do I want a PC Stick?

You might have an older TV languishing because it doesn’t have the simple one-button access to a UI full of streaming apps. Plug in the PC Stick, and you can use either a remote or a wireless keyboard and mouse to stream all your favourite platforms, as well as whatever other web-based content you like. And when it comes to gaming, you can look into streaming games from your main (probably desktop tower) PC, over to the PC Stick. The action appears on the TV, the performance comes from across the room (or down the hall if you configure over Wi-Fi).

Why don’t I want a PC Stick?

These little machines, as computers, are not very powerful. While it’s not the PC Stick’s fault, Windows can be awkward to use with streaming services, and running everything through a web browser will remind you that cheaper, easier-to-use plug-and-stream adapters exist.

Shape of the future

While there are currently four kinds (or at least, shapes) of PC you can find easily on the market today, if the PC platform is famous for nothing else, it’s famous for constantly evolving and changing. Who knows what the PC will morph into next? The only rule is: Keep an eye out for what’s new! 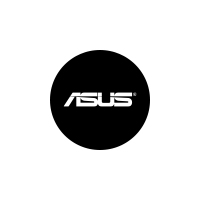