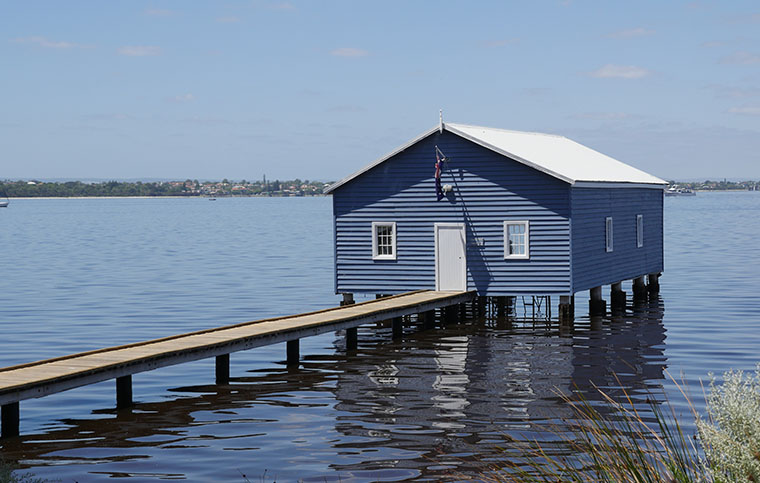 I spent last week in Perth, a lovely city in which I’d not been previously privileged to spend any time. It was kind of a holiday – my wife was there to work, so I piggy-backed on her travel. But, of course, I had to get up to my elbows in wirelessly connecting a camera to a computer via a smart phone!

I took a lot of photos using my Panasonic Lumix DMC-GH4 camera. And after the first day there, when I’d taken about a hundred photos of interesting things I’d come across, I thought I’d put them on my Microsoft Surface Pro 4. Much better to show her on that than on the camera’s own diminutive screen.

But then I remembered that I’d made the same mistake last time I’d gone away: no SD card reader. I’ve got several compact ones, and while they’re way slower than the excellent Lexar Professional Workflow SR2, one can easily sit in a pocket of my camera bag and not be noticed until required. But, of course, I hadn’t done that. (In fact, hold on a second … there, I’ve just put one in to avoid this problem in the future!)

Well, I figured I’d connect via cable. I had a Lightning to USB cable, and a Micro-B USB to USB cable. But the camera has an UC-E6 connector, a non-USB-standard one widely employed by several brands of camera and I hadn’t brought that cable with me. So no go there.

So, wireless it was! The DMC-GH4 has wireless connectivity which can work in several ways. I downloaded the manual from the web and went for the easiest connection: set the camera as a wireless access point, connect the Surface Pro 4 to it, and transfer pics.

Unfortunately, while the Surface Pro 4 could find the access point SSID it was transmitting, it would not connect. I could have tried using the technique of connecting the camera to the WiFi network and then copying to photos to a shared folder on the Surface, but I cringed at the prospect of keying in the passwords and folder paths on the camera interface. So I decided to use Panasonic’s imaginatively titled “Image App” app on my Android phone to copy the photos to the phone, and from then it would be a simple matter to transfer them to the tablet.

Among the options offered by the app were taking photos via remote control and – just what I needed – copying photos to the phone.

It would only permit thirty photos at a time to be selected and then copied to the phone, and since the WiFi connection in the camera only works in the 2.4GHz band, the transfer was not especially fast. I’d say about fifteen seconds per shot. But in less than ten minutes the first batch of photos was on the phone. In not much more than half an hour, they were all on the phone.

Then it was just a matter of plugging the phone into the Surface Pro 4 via USB and finding where the photos were. Turns out they were on the phone’s internal storage in an “Image App” folder within the usual “DCIM” folder for holding photos. A quick drag and maybe twenty seconds as the photos were dragged into the Surface, and that was it.

Well, except for deleting the photos from the phone and the camera.

Then we were able to look at them on the glorious high resolutions screen of the Surface Pro 4. Which is how digital photos ought to be viewed.