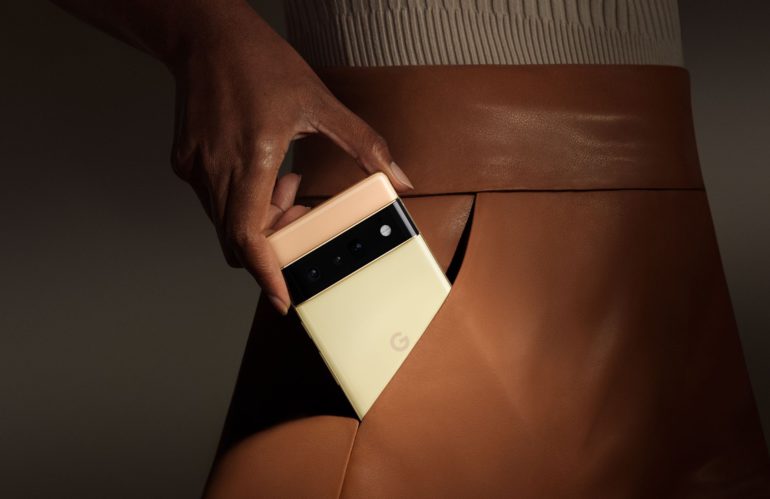 Google has released the Google Pixel 6 and 6 Pro to showcase what finely matched hardware and Android 12 software can do – call it a reference device. But unlike previous Pixels, there is a lot more to the hardware to make this quite a special smartphone.

The secret sauce is the Google-designed Tensor Chip based on a Samsung Exynos 2100 (which is the same as the Galaxy S21 series) using Samsung’s Exynos 5123 modem. It is optimised for Google’s AI and ML (artificial intelligence and machine learning) mobile applications. These include speech recognition, language translations, computational photography, power efficiency, security and Google’s claim of up to 80% faster than Pixel 5.

The camera is interesting. Several smartphones use the 50MP 1.2um Samsung GN1 sensor, which has dual pixel phase detection autofocus, bins to 12.5MP and 2.4um pixels. It is an excellent sensor but was superseded earlier this year by the GN2 1.4um.

The 6 Pro has 48MP, .8um, Sony IMX586 4x optical/20X hybrid Periscope Zoom. The sensor is the most widely used – over 300 brands/models use it as a primary sensor. It too bins to 12MP and 1.6um. The Samsung Galaxy S20 Ultra was the first to use this with a periscope. This 4x optical/20X Hybrid zoom setup is capable of higher zoom (say 80x), but Google has sensibly disabled that as it is impossible to get a good image above 20-30x.

The front selfie camera is uninspiring at 8MP and about 65° FOV (field of view). The Pro has a 12MP Sony IMX663 and an ultra-wide-angle 95° FOV – but you have to shoot in RAW format, so it won’t be all that much use.

The camera app – Google’s way or the highway

That Tensor chip enables a wide range of AI computational photography. I guess the real issue is will you like Google’s AI interpretation of the image and colours or not? Benefits include:

These features are in addition to the standard AI modes: portrait spotlight, scene lock, low-light and night-time photography.

The Pixel is likely to get a good DXOMARK camera score. (DXOMARK is a highly reputable photo quality tester). The October 2020 Pixel scored 120 – just under the iPhone 12 and Samsung Galaxy S21, and it did that with a dual 12MP+16MP camera, while the others had triple cameras!

Other Google Pixel 6 and 6 Pro features

This is pure Android – no extra user Interface, no bloatware – virgin. Everything it does is part of Android 12. That means many of the features will migrate to earlier Pixels and other brands of Android 12 phones.

Its camera app is proprietary, enabling it to deliver more from the hardware via Google’s Tensor system on a chip (SoC). Still, Android 12 has to support this and every other ARM SoC so others can harness the AI power of flagship Qualcomm and Exynos chips too.

The on-device translation feature also looks impressive. If someone sends you a text, or podcast or road sign in another of the 55 supported languages, it translates – according to Google – pretty accurately! You can also have conversations via text in your native language, and it will translate your messages to the recipient, and theirs back to you in your language. There’s no cut-and-paste or looking things up needed as it all happens seamlessly. Lastly, the transtate feature can be embedded into other chat apps like WhatsApp, Messenger and more.

Google has committed to 5 years of security patches (frequency not disclosed) and three years of Android OS upgrades. Given that it is starting at Android 12, that’s good, but Samsung or OPPO have similar policies.

How does it compare with other Android flagship phones?

In the Android world, it is the latest cab off the rank using a chip roughly equivalent to the Samsung Exynos 2100 or the Qualcomm Snapdragon 865+ (some say the SD888, but it is slightly below that spec). Still, it is a cut above most chips, so it should be on your shopping list if your budget is $999-$1299.

The January 2022 Samsung Galaxy S22 will use the latest Qualcomm SD895/898 or the Samsung Exynos 2200 with AMD’s ray-tracing GPU (for games). These are quantum leaps over the existing flagship processors. There is a strong rumour of a 200MP camera sensor or even a quad 108MP on the OPPO Find X4 Pro! But these will be much more expensive devices.

Google Pixel is an enthusiast’s phone – someone that wants pure Android. Given its ‘Sorta’ and ‘Kinda’ colours and recent advertising campaign, it is for a hip audience that wants lots of cool features.