Why our electricity costs so much? #Stop the energy rip-off 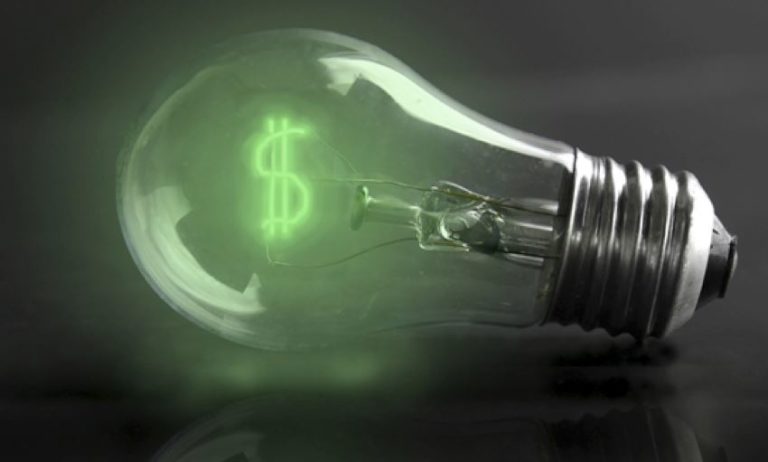 The Australian National Energy Market (NEM) has too many cooks – that is why our electricity costs so much.

Why? Because of missed opportunity, competing interests (financial and ecological) and the dreaded ‘P’ word – privatisation. Overlay the NEM with State and Territory parochialism, and it can’t help but be an expensive mess. That is why our electricity costs so much.

The NEM is an amalgam of many interests all needing to wring the last dollar out of the people that pay – you and me.

Too many cooks (yes, I spelt that correctly – not Crooks?)

It is no use crying over lost opportunity now. The time for that was back in the 90s to build (or nationalise) a unified grid with a single authority dedicated to efficient cost containment running the show. Instead, we ended up with a patchwork NEM (more here).

Under NEM ownership of electricity generation is separate from transmission, distribution and retail while maintaining separate State systems. The only ‘national’ component is at the regulatory level, where two separate national regulators (the Australian Energy Market Operator and the Australian Energy Regulator) overlap within the continuing regulatory operations of State governments.

If you think that was a good idea, the NEM is yet to produce lower prices or more reliable power for households. Gee, sounds just like the NBN, doesn’t it? Bring back the Postmaster-General, I say.

When you turn on a light, do you pause to consider how electricity is made, how it gets to the light, and why our electricity costs so much? Of course not.

The answers may surprise you and explain why our electricity costs so much – in fact, energy prices in Australia are some of the highest in the developed world.

Most of the electricity that comes ‘out of the wall’ starts either at coal-or-gas-fired power stations or from renewable energy sources like solar, wind, hydro or battery storage.

Retail electricity prices (what you pay) start with the energy generation costs over 24 hours. For example, coal generators take time to be bought online and gain maximum efficiency. Let’s just say that producing a constant MW (Megawatt) output is what they are designed to do. Once they are running, changing output is a bit like trying to change course on the Titanic!

If all power came from coal-fired stations, it would be very costly and inefficient to have them running at full capacity when power usage varies so much over 24 hours. But remember these big generators cannot spin up or down at will.

With the abundance of renewables in Australia, the middle part of the day uses lots of solar energy. But the coal-fired stations that provide a baseload (needed at night when solar does not work) are then under-utilised and losing money.

Plus, Australia has one of the highest rates of residential solar uptake anywhere in the world. This creates challenges on the grid with a variety of feed-in electricity types. What happens if it is raining or cloudy? We need those old generators sitting there just in case.

The bottom line is that the highly volatile wholesale electricity generation market (what retailers pay for power at any one time) has to keep prices high enough to keep the old infrastructure there and running – just in case.

It then flows over ‘poles and wires’ (distribution) that may be owned by the government, utilities or as in Australia, mostly privatised. These need to charge a transmission fee to cover repairs, maintenance, upgrades and profit.

The sale of ‘poles and wires’ bailed out several State governments helping to balance budgets and invest in other infrastructure. In doing so, it added a layer of cost and still has not achieved a national interlinked grid.

But solar has upset that comfortable arrangement

As we generate more household solar energy (and consumed ‘off-grid’) retail electricity sales drop, but the grid and generation infrastructure costs remain the same. The result – less grid power purchased means a significant increase in the delivery cost per kWh.

It all comes down to the management of solar, which today is not really managed at all. Management of solar can only really come from the intelligent use of battery storage, and this is where energy industry incumbents get really nervous as a properly functioning solar and battery system effectively means fewer profits for the big end of town in the energy space.

That is unless the public are foolish enough to give these same energy retailers control over our solar generation and battery storage assets.  It’s a bit like the fox minding the chickens.

Then you have a plethora of retailers and resellers. They buy ‘capacity’ from the grid and overlay accounting and billing systems. Retailers (under Australian Consumer Law) are the provider of your electricity and the reason why our electricity costs so much is in the diagram below

Now you understand the mechanics you begin to see why our electricity costs so much.

Energy costs fluctuate wildly during 24 hours due to demand, the capacity to service that demand and a whole lot of layers add to complexity and cost.

For example, those hot summer nights running AC need more power, but solar does not work then. So, we ramp up traditional energy generation that is much more expensive. Energy prices can vary between an average of $80/MW (Megawatt) in the middle of the day to over $14,000/MW. To put it into context that is like paying $14/kWh when the average cost is about $0.38c/kWh.

Add to this, the cost of energy delivery has also steadily increased over time due to solar power not needing the grid.

This is one hell of a balancing act, and the easy way is to force consumers to pay more. That is why our electricity costs so much.

And just when you thought it was safe, we throw another spanner in the works.

Enter battery storage. The amount of electricity a solar system generates depends on its kWh size. Most install 3kW or 5kW systems, although larger 10kW systems are growing in popularity.

An average household requires 20-kilowatt-hours (kWh) over 24 hours to run everything. If you install a 3/5/10kW solar system in Sydney, you can expect to generate 10/20/40kW. If you produce less power, you buy from the grid and vice-versa if you have more than you need and you can sell the rest. But you need a battery to even out demand over 24 hours and store any excess.

Now you find incentives to install off-grid battery storage. For example battery maker Sonnen has a scheme where households can install a 10kWh battery at no up-front cost (you must have a suitable 10kW solar system first), and pay a fixed monthly fee of $30, $40 or $50, depending on the system size and energy usage. BTW that monthly connection fee is really the ‘connection cost’ to stay on the grid. You become a mini generator.

Some State policies and retailers are also driving battery uptake, with similar deals of discounted or zero up-front cost.

But buyer beware, there are many terms and conditions you must meet to get the benefit of this system. It turns you into a mini generation asset manager to ensure you don’t use too much energy or that your solar is always performing correctly; fall outside these contractual requirements, and you get financially stung. You can read more here.

Now solar costs energy costs nothing to produce (forgetting panel/inverter/battery costs for a minute), so these schemes give the provider a free source of energy to feed back into the grid. But the catch 22 – this leads to increasing costs for non-solar/battery consumers.

Add to that that battery technology is still very early. Batteries have a fixed charge/discharge cycle life and can wear out in less than a decade.

Is it viable to put in solar and a battery?

Solar power is a no-brainer with efficient systems now costing a few thousand dollars and payback time is around three to four years depending on matching energy use with the panel capacity. But solar panels are only good for about 6-8 hours a day, so a battery makes sense to cover night-time period or cloudy days.

Just a note here: Retailers are already aware of the impact of solar, so they now charge a daily ‘connection fee’ for the privilege of you being connected to the grid (and you must connect where the grid is available).

But what size battery?

The appropriate solar and battery system size is a very complex equation (beyond most of us) as it requires real-time energy data and use patterns (over the four seasons) to calculate size and payback.

If you take the apparently economic battery subsidy scheme, you are producing free power for the energy retailer who resells your solar/battery energy at about $0.32c per kWh back to other energy users. Their strategy is to own the rights to household solar and batteries and to utilise them as their own energy assets to sell into the energy market.

If you go the Emberpulse route, you will receive monthly reports to help you understand the real costs of using appliances during low, shoulder and peak times. That helps to educate you on the best times to use the dishwasher, washing machine dryer and airconditioning or local heating.

After a few months, you will receive a report on the best grid retailer to use to save money based on your energy usage – retailers hate that.

You will also receive a quarterly solar system assessment that shows if and when the household should consider solar conversion and battery installation. GadgetGuy has been trialling Emberpulse and will report on this separately.

The dirty secret is that under this scheme householders effectively lose over $200/kW ($2000 for 10kW battery) each year to the energy retailers.

It has very high fixed costs (capital costs in generators, poles and wires, etc.) that must be paid for regardless of the amount of electricity we consume.

Renewables (let’s not get into politics here) are great but can generally only produce electricity when it’s windy or sunny, so they need the baseload to be covered by other forms. Lage-scale battery storage is good but costly per kW, so it is peak period coverage.

Ideally, we would have a high proportion of mini generators (solar and home batteries) to even out grid usage and even feed-back energy when needed. But this would disrupt the cosy profit-making of the current system. It would also shift the power (pun intended) back into the hands of the Australian householder.

The answer is the energy market is ripe for mass-market disruption by householders and opens up the opportunity for householders to significantly reduce the payback period of solar and battery if managed correctly.