Will Facebook and Google News shut down Australian media coverage? 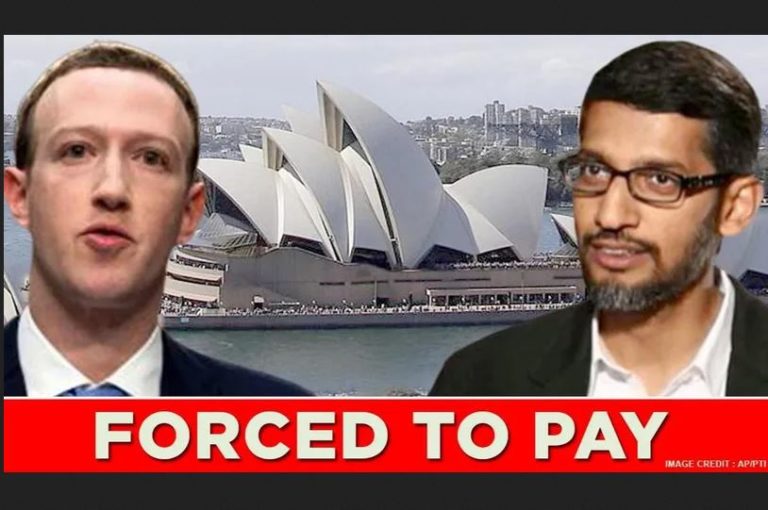 In a not perverse way, I hope Facebook and Google News (and other news aggregators) shut down Australian news coverage. If only to prove that Australian media is not reliant on their so-called beneficence – sorry stealing our 100% original news content.

In fact, it opens the way for some enterprising company to start ‘OZNews’. Wouldn’t it be nice to go to an Australian news aggregation site? A place where we can find original, relevant local news – not the irrelevant pap determined by global clicks.

Why do Australian media need some payment for original content?

It is all about advertising revenue that used to pay for journalists to create original and region relevant copy. That is not paid for, chop-sewerage copy, from Phillippine or Asian content creation factories. It is real news.

The ‘rivers of gold’ related to the number of readers or newspapers sold. Newspapers and magazines used to have armies of advertising salespeople (by my reckoning it was at least 5:1 over journalists). They would user reader surveys to show that they had a particular audience or coverage.

That means advertisers specify an audience (e.g. left-handed Australian Golfers in a certain socioeconomic demographic). Or they buy Ad-words (left-handed golf clubs). Then they buy a number of page views. Facebook and Google know the audience. Their computers place the ads in publications read by said audience.

All of a sudden local media faced an advertising drought, drip-fed by Facebook and Google. And as money dries up so too does Australian journalism.

Getting clicks is the #1 priority

The question is not that we need payment. But we need our fair share of clicks to earn a few measly dollars. And with more clicks, we can go directly back to advertisers and offer custom packages. Things that resonate with our audiences – do things that programmatic advertising cannot.

Most news sites have a mix of organic and search traffic – clicks.

Organic is your regular readers who like your content and style. As the oldest (mid-90s) and the largest Australian owned lifestyle/tech, news/review site, about 30% of our readers are regulars. But most sites have a very low organic readership. Every day they wake up and have to find an audience through search.

Search is when people want detailed information about a specific item. I don’t know about the rest of Australian media, but about 70% of readers come from search. We know that general or soft news does not rate well on our site. Reviews and important news does.

What Facebook and Google News do via news aggregation do is to direct you to publications they want you to read. It is not about news quality but news clicks.

There is no doubt that Facebook and Google News (and Apple News and other aggregators) drive traffic to some articles in some publications. BTW – traffic means clicks, and that means a very small fraction of a cent in advertising revenue.

But the real problem is that Facebook and Google News do not curate the news for accuracy or especially regional relevance.

For example, Australian media extensively covered the release of new Sennheiser CX 400BT buds with local pricing and attribution. There was a global embargo to 4 PM 1/9/20. When the embargo lifted Google selected GadgetGuy’s article as the original and most authoritative, and it briefly became the top story.

But as the evening wore on (the sun goes east to west), Google started placing its international favourites up top.  CNET (US), ZDNet (US), Forbes (US), What Hi-FI (UK), The Verge (US), Android Central (US), Pocket-Lint (US), Engadget (US), Notebookcheck (Germany) and even mainland China and India started to top its ‘curated’ coverage. Not one single damned Australian tech site remained on www.news.google.com.au.

Why? Because its algorithms rely on traffic to the site. Australia has 25m people. It cannot compete with site traffic from the US, China, Japan, Europe and the rest of the world.

So, Facebook and Google News paying Australian media for content is more about a matter of principle

It is not about the few tax haven Cayman Island dollars/Irish Euro that payment for news will cost them.

When not if, Australia is successful, the rest of the world will follow suit. And Facebook and Google News et al. will alter their curated news algorithms yet again. This will continue to strangle independent media and avoid payment. News aggregators know it is better to be part of an aggregation site than not.

We would ask ACCC chairman Rod Sims to consider the smaller Australian independent media. We all write brilliant, 100% original and Australian relevant news.

All we ask is that if news aggregators are accessed from an Australian IP address that Australian news has priority. And irrelevant regional, BS and fake news gets listed separately.

As a result, clicks will rise, and we will have money again to support an Australian journalism industry and bring you the real news.

Stop the posturing guys, and fix the root of the problem. Go Josh Frydenberg and Rod Sims – we love you.