Will the Samsung Galaxy S8 and S8+ include Ethernet drivers? (UPDATE: TABs have them!) 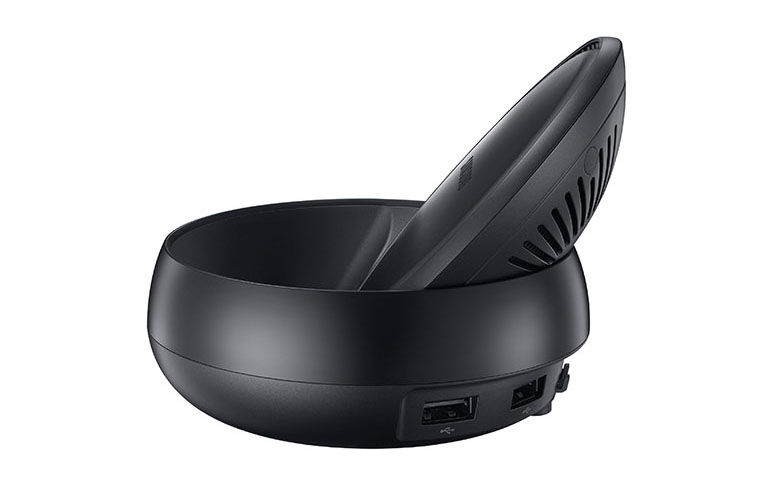 As has been well reported here, amongst the accessories coming from Samsung for the new Galaxy S8 and S8+ phones is the Samsung DeX (RRP $199). This is a compact expansion dock, with USB and HDMI connections, and … Ethernet!

The Android OTG (“On the Go”) abilities of the USB connections on the bottom of many, maybe most, Android smart phones, allows the connecting of peripherals such as a keyboard and mouse, or a digital to analogue converter for higher quality audio, or a USB memory stick to backup photos when you may be away from cloud services and a computer.

And, at least on paper, Ethernet. That is, wired networking. There can be circumstances where this is useful. For example, you might be in a hotel somewhere and don’t quite trust its WiFi, which might make you vulnerable to a “man in the middle” attack, or could be an attacker faking the hotel WiFi. So plugging into Ethernet could be preferable. If you can.

However a driver is required for the Ethernet built into the DeX. If Samsung has gone the easy way in implementing the DeX, it will be just a clever stand with wiring to take advantage of the OTG function, and the Ethernet driver will be installed in the phone.

However, it is possible that Samsung has gone a more complicate route so that the DeX requires special drivers to work. So we’ll have to see when (or if) we get our hands on the phones.

I have the Belkin USB Type-C Ethernet adaptor here (which I reviewed some months ago), so if I can convince Samsung to let me review one of the new phones, I’ll report on how it goes with a wired Ethernet connection.

UPDATE (the next day): It had slipped my mind, but it came back to me that some Samsung devices are perfectly happy with an Ethernet connection. Specifically, my Samsung Galaxy Tab A 8 inch tablet. Look closely at this status bar:

The second icon from the left (at the very top), indicating a notification, looks somewhat like an Ethernet port. And so indeed does the indicator at the top right, next to the Bluetooth icon. I had plugged a USB to Ethernet adaptor into a Micro USB-B to USB Type-A adaptor, and that into the Samsung Tab’s Micro USB-B OTG port, and switched off WiFi. My Spotify music just kept on playing.

And when you tap, you jump right to the “More connection settings” section of the setup menus:

So clearly at some point in their product development Samsung has decided that an eight inch tablet might end up being used via wired Ethernet connection, but that a phone wouldn’t.

Until, perhaps, the advent of the Samsung Galaxy S8 and S8+ phones. We’ll see when we get to see them.