Windows 10X may be the future of Windows 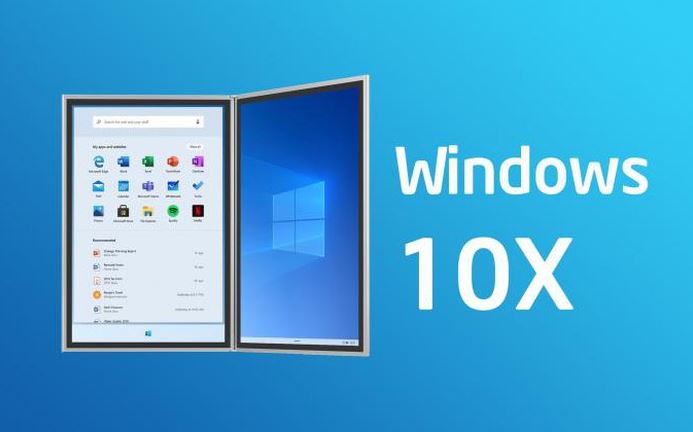 Windows 10X is a new, well late 2020 Windows operating system ostensibly to run on new devices like the dual-screen Surface Neo, followed by devices from ASUS, Dell, HP and Lenovo – all on ARM platforms.

Now before we confuse you, Windows 10X (Microsoft blog here) uses the same Windows Core OS as the current Windows 10, Xbox, HoloLens or Windows on ARM (WOA) devices. That means practically no learning curve. Navigation and functionality are familiar. A Windows 10X device will feel like a part of the Windows 10 family.

But the key difference is that current WOA runs Windows in an emulation mode. It thinks it is running on an x86 processor, but it is an ARM processor that is ‘pretending’. Emulation slows things down, but it is the easiest, fastest and cheapest way to run Windows and its 32-bit apps on ARM.

Well, because ARM architecture is basically phone/tablet and it is a lot lower cost to make than Intel or AMD x86 computers. But there are limitations to WOA ARM emulation. It won’t run Win 64-bit programs, it chokes on multi-tasking, no VPNs (yet), device drivers may be an issue, and current antivirus/malware software won’t protect it.

Windows 10X is an effort to take WOA to the next step. That next step could be the end of Intel/AMD x86 devices except where raw horsepower like CAD workstations or servers is needed.

Windows 10X separates the core operating system from everything else. Think of that as a kind of Chastity belt – things can get out, but they can’t get in! That means virus, malware and every poorly written program that tries to access the OS can’t.

Instead, all apps run in a Win 32 or a native container. Not to get too technical but the container is really a faster Windows emulator in a sandbox, and nothing can pass the Chastity belt making Windows 10X inherently safe.

And as time goes by Win32 apps will be replaced by UWP and web apps versions that run natively on Windows 10X.

Of course, Microsoft will need access for OS updates, but these will be handled from its site only.

Mainly that apps can’t run in the background. Background apps drain the battery, so instead of allowing that, it closes containers. But apps open almost instantaneously and know where you left off.

Or how we use dual screens? Do you want one big screen, two snapped screen etc. Do you want to consume content or create it? Windows 10X has the smarts needed to know about additional screens because its containers are screen-based.

And there will no longer be a live tile start or task menu. If you think about it, every live tile takes memory and CPU resources. Instead, it has a system-wide search bar and a ‘recommended’ list of recent apps/files/websites you have used. I am happy about that – I disabled all tiles anyway.

I have been using WOA devices now for several months. Surface Pro X and Samsung Galaxy Book2 and I can see both the ‘bad’ and ‘good’ sides. Overall, things like 20-hour battery life and that it can do most of what I need in a thin and light form factor are winners.

I still use Windows 10 for things like three screens, editing and more, but that is because that architecture can do that.

This is a steppingstone to Windows 10X that may become the computing device of choice over the next few years. Frankly, how many of us really use all the power an x86 computer has?