Windows 11 upgrade – what you need to know 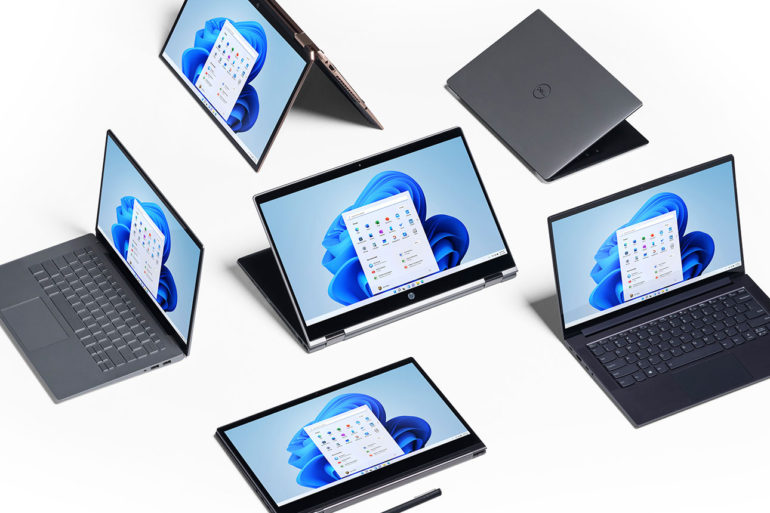 The Windows PC Health Check app to see if you can run Windows 11 upgrade was perhaps too ‘literal’. Microsoft admitted this mistake when responding to a strong backlash from users with five year-or-more-old PCs.

Microsoft has published a list of supported Intel, AMD and Qualcomm ARM processors, and some are quite old. For example:

Microsoft did say that ongoing future support for older processors will depend on its capabilities, including a current minimum of 4GB RAM, 64GB storage, UEFI bios, TPM 2.0, Direct X12 and 8-bit colour.

We can only guess, but that sounds suspiciously like Apple, which only supports macOS for three Macs. To be fair to Apple, it does have more extended support in practice – it just does not guarantee older Macs will run future versions.

Why is Microsoft finding it so hard to give users of older PCs Windows 11 upgrade certainty? Because it was playing it safe, and PC Health Check was not all that informative. In doing so, it sent the wrong message.

GitHub has WhyNotWin11 (WhyNotWin11_x86.exe) – to tell you if your PC/laptop meets Windows 11 standards. If Windows Smart Screen or your AV software blocks it, just allow it. Put it on a USB stick and test all your PCs – it runs from the USB – no install.

If you get TPM or Secure Boot errors, access your BIOS and make sure they are on. Cures for other issues may require new drivers or a component upgrade – but at least you will know what those issues are.

Unlike Windows 10, which is still supporting pre-2015 PCs and laptops, Microsoft will depreciate or remove some Windows 11 services as older the hardware becomes incapable of servicing it. It may still run Windows 11, but for example, the absence of a presence detector will mean it can’t wake on a person’s approach or vice versa. Similarly, no touch screen would mean no tablet mode.

Your PC is old metal – what does that mean?

If you currently run Windows 10 and can’t upgrade the PC, don’t worry. It will be supported to at least October 2025 by security patches and hopefully any Windows 11 features that may not need modern hardware. After 2025 your PC will still work, but no new security patches to protect it. So, no, you won’t have to throw it out, but you may find future apps may begin to need more than Windows 10.

Will Microsoft play tricks to get us to install the Windows 11 upgrade?

Seasoned readers will remember Microsoft using some questionable tricks to get users to upgrade from Windows 7 or 8 to Windows 10. The prime reason was that earlier Windows versions could not withstand the perils of internet viruses and malware payloads. Microsoft was a little heavy-handed in getting people to take up the free Upgrade.

The imperative this time is nowhere near as strong. If you run Windows 10, you are fine for nearly five more years when your hardware is probably well out of date, and you are no longer eligible for a free upgrade. If you have eligible hardware, you would be crazy not to get onto the Windows 11 bandwagon. Or would you?

Why upgrade to Windows 11?

Have a read of the new features here. Windows 11 is a free and perpetual licence based on compatible hardware. Most of my recent PCs are suitable, and I want the added protection of an operating system hardened against 2021+ issues.

It has better multi-monitor and multi-tasking – essential for me as a rabid multi-tasker who can chew gum, walk, and whistle simultaneously. I also use tablets, and Windows 11 tablet mode is, shall we say, a proper tablet mode – not a hashed up unpredictable Windows 10 one. I love the idea of Android apps, albeit ones from Amazon App Store.

Windows 11 will enable me to make the most of my ARM-based Samsung Galaxy Book 2. Updates will be much faster – Windows 10 can be awfully slow. And I have some Wi-Fi 6E devices that I would love to be even faster. One reason I will be upgrading it to get rid of Cortana. I genuinely hope Google Assistant comes to Windows 11, although initially, Microsoft is cosying up to Amazon Alexa and its Android app store.

From what we can see, you cannot set up a PC with a local ‘anonymous’ account. That means you need to log in to a Microsoft account via the internet. We understand that after set-up, you can then implement a local account. Paranoia is a strong incentive to avoid Windows 11. Although of all Big Tech, Microsoft is coming up smelling sweetest. It seems to be the most open OS with support for Android and different classes of processors. And its business model does not rely on selling your data.

You may not like the new look and feel. One of the greatest outcries from Windows 7/8 to 10 was the new menu system. It is a bigger change this time. If you are a Timeline, OneNote, Paint 3D and Skype user, they are MIA from Windows 11 (they are in the app store if needed). If you only have 64GB of storage, don’t try to upgrade. You can do a clean install, but you need lots more free space for an upgrade.

New PCs will come with Windows 11 – there won’t be much choice. So, you may want to ring as much life out of a perfectly good Windows 10 PC. Windows 11 is all about connectivity – Teams (Collaboration), One Drive (Cloud), remote computing (security and VPN), and it is for the wild and lawless Internet post-2021.

99% of upgrade issues come from pre-existing hardware, software and app issues. Because Windows is brand, model, and hardware/apps agnostic, it cannot know everything about the Upgrade. For example, one Beta user has already found that a popular third-party codec pack puts the Upgrade into a loop.

In 2015 I was supporting hundreds of PCs for the Windows 10 upgrade process. Without fail, a clean ISO install followed by Windows Update cured any issues. I expect no less of Windows 11. There will be a lot of this until hardware, software, and apps get Windows 11 versions.

Windows 11 on ARM – the next quantum leap