We preview Windows 8, heading to tablets in 2012 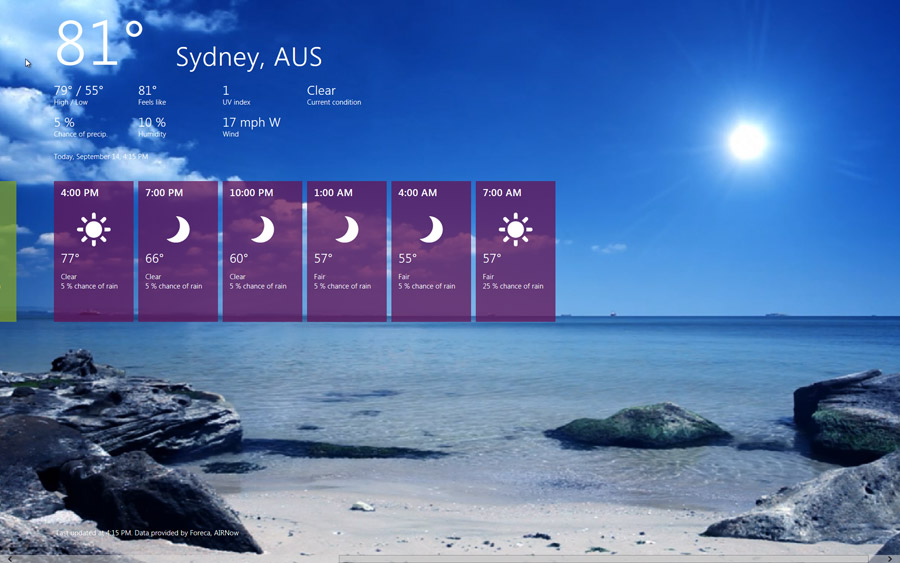 Comfy using Windows on your laptop but wish it was more like a Mac? Microsoft’s Windows 8 might be just what you’re looking for.

Shown for the first time this week, Windows 8 blends the look of Windows Phone 7’s “Metro” interface with a Windows 7 backbone.

In fact, the new OS feels like a middle ground between tablet and desktop computing, making the usability something any computer can handle and not just the ones with a keyboard and mouse. It’s a move that isn’t surprising anyone, especially as Apple tries to do the same with Mac OS X Lion, blending the already capable desktop operating system with functions similar to what’s found in iOS.

While different, the new grid layout is easy to understand, combining square and rectangular shortcuts that can also include live animated information. You can’t see it from the screenshot above, but some of the icons update themselves with fresh information, including news, social networking information, and the weather.

With real-time updates across icons, Windows 8 feels like a combination of the Apple iOS interface seen on the iPad and the live widgets used on Google’s Android OS. Click on the icons and you’ll be taken into apps designed for this new look, still running on Windows but fashioned for this new look.

There will also be a proper version of Windows in background, suitable for apps not designed for the new look Windows. We tested this briefly by installing Picasa and found the shortcut was added to the Metro interface, but ran in the Windows desktop.

Microsoft also plans on integrating support for the Xbox platform in its new OS, with the company showcasing cross-platform multiplayer gaming and possible support for purchased Xbox Live games on your computer.

It’s still early days, but we like what we’re seeing here. With more tablets being sold than ever and notebook computers gradually taking advantage of touchscreens, we can see Windows 8 working as a solid touchscreen option in new devices.