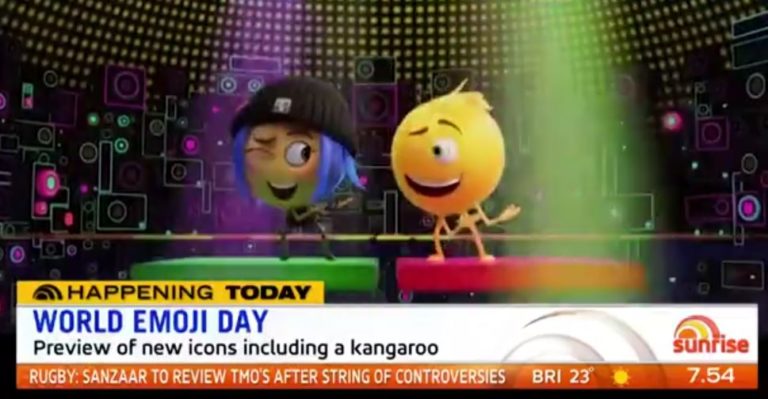 The world is going crazy for emoji. World Emoji day is 17 July. Australia gets a kangaroo and mango.

Val is enthusiastic about the new personalised emoji featured on Samsung’s Galaxy S9/+. It takes a photo of you, emojises it (converts to an animated emoji), and you can do so much with it.

“You can put a bit of flair on it, a smile or a wave. It can reflect how you feel too,” he added.

Apple is celebrating with the release of more than 70 new emoji characters. These will come to iPhone, iPad, Apple Watch and Mac later this year in a free software update.

The new emoji designs, created based on approved characters in Unicode 11.0, include even

Facebook and Messenger have produced an infographic on emoji use.