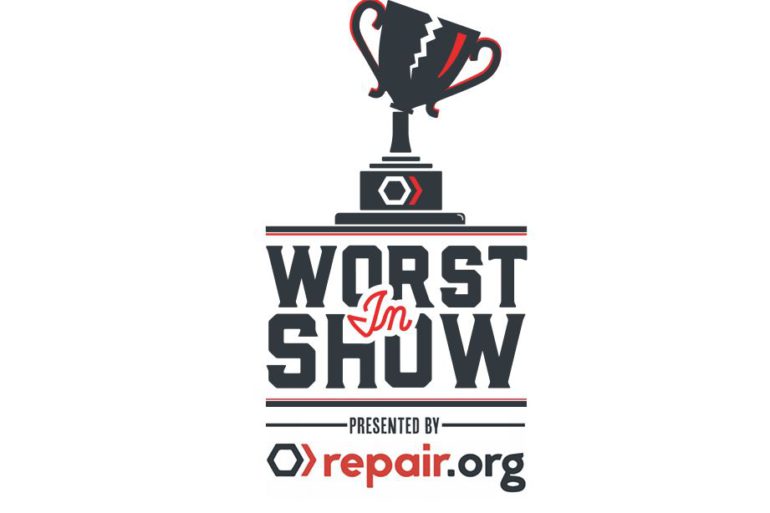 iFixit joins USPIRG and Repair.Org for the first Worst in Show Awards at CES 2021.

CES 2021 is off and running, and so are life-changing technology claims. But are all these products changing our lives for the better? The Repair Association thinks not, which is why it recognises the least secure, safe, repairable, and eco-friendly gadgets with the Worst In Show awards at CES 2021.

So here is an overview from The Repair Association

“With the X9 Combine, Deere is replacing a standard header interface with a proprietary digital connection. For the first time in agricultural history, John Deere is short-circuiting a farmers ability to adapt their equipment to meet market demands.

Before this product, every ag implement (a harvesting or thresher add-on, for example) was interoperable with any machine. No longer. It has gone out of its way to make a product not interoperate with other products.”

“John Deere is increasingly locking farmers out repairing their equipment. As they have added electronics and automation, they have also started restricting access to the software tools required to diagnose and repair problems.

There is lots of creepy here, but Linksys wins for the race to the bottom converting all your other IoT devices into its spying scheme. It also wins because while it says that all data and alerts will be stored locally, it also seems to be sold as a way to make sure you know when Grandma falls even though you live across the country.

“Why, TCL? Because this is a company that has spent much of the past three months batting away reports about serious security vulnerabilities in its Android smart television sets, including vulnerabilities and security configuration flaws that left some TCL TVs—and the data they contained—browsable from the public Internet.

It is a company that was forced to make painful, public acknowledgments not just that their products were vulnerable, but that it had no established, internal security team or process to respond to vulnerability reports from independent security researchers and to expedite fixes for its tens of millions of customers. Keep clear of this Trojan tech – cybersecurity is not a priority for them.”

“It is a company that was forced to make painful, public acknowledgments not just that their products were vulnerable, but that it had no established, internal security team or process to respond to vulnerability reports from independent security researchers and to expedite fixes for its tens of millions of customers.

“It has everything you hate about home printers and applies it to makeup.”

The $299 lipstick-colour-mixing device, with an accompanying smartphone app, mixes colour from pods to form lipstick shades, dispensing the amount needed for an application. It’s another example of a complicated electronic replacement for a simple device. Because it’s electronic, the lipstick mixer requires rare earth materials, and it also uses disposable ‘pods’ (replaceable for $100).

It’s not a practical or useful product. It’s less convenient and more expensive than just buying a range of shades.” “It’s yet another example of a complicated electronic replacement for a simple device.

GadgetGuy is a stauch supporter of the Right to Repair movement and reminds readers that Privacy is the single greatest issue facing humanity.

Sony at CES 2021 – TV, speakers, spatial reality, drones as only Sony can