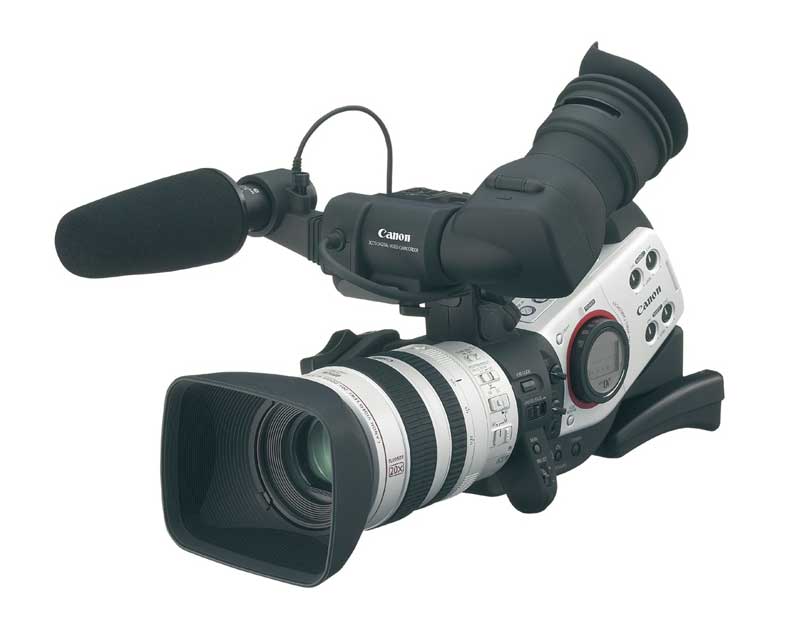 VideoCamera Magazine reviewed a pre-production model of the Canon XL2 in September 2004, now after extensive testing comes the bench test on the model that has excited the prosumer marketplace.

I was effusive about the XL2 back in September last year when I was able to use a pre-production model of the replacement to the exceptional XL1s. Now, given a chance to use the new model in real situations, I realise that review was grossly understated. It is not until you really use this camcorder that the dramatic changes with the previous model become really apparent. While it looks as if Canon evolved the XL1s into the XL2, the differences between the two models are actually revolutionary!

Designwise there is little question that the new XL2 shows its common heritage with the previous models. It?s on the test bench the dramatic changes in image processing and overall performance become clear.

The performance of the original XL1 was astounding when the camcorder was first introduced over seven years ago. However, the 8-bit processor and 4:3 chips made the design less than acceptable for serious videomakers. The XL2 has delivered a more robust 12-bit processor and uses three 8.4mm (1/3.4-inch) CCDs but utilises an impressive 800,000-pixel count per chip that can deliver video either at a 50i (interlaced) or 25p (progressive) frame rate. Like its NTSC cousin, the PAL XL2 supports both 16:9, but at a realistic 960 x 576 effective pixels and 4:3 at 720 x 576 effective pixels.

Approximately 200,000 pixels at the top and bottom of the XL2?s CCD are permanently disabled to produce what can arguably be described as a ?native? 16:9 chip. The 4:3 aspect is then configured from that.

Since the XL2?s release late last year the competition has significantly heated up with the release of Sony?s groundbreaking HDV 1080i models ? the consumer-based HDR-FX1 and the pro version HVR-Z1P (reviewed in this issue). This has put a great deal of pressure on the Standard Definition XL2. Releasing an SD model when there was a HD camcorder in the wings, was always going to be a gamble for Canon.

What has become obvious in the past six months is that many serious videomakers are being wooed by the ?siren song? of HD. It will be interesting to see how this plays out in the next few months and how Canon reacts to the pressure that HD has developed as it becomes more popular.

Let?s look at what the XL2 delivers when used in a variety of real shooting situations. I think the first point that needs to be made is that the XL2?s exceptional optics simply cannot be matched by any other camcorder ? consumer or professional ? under $15,000 currently on the market.

The new 20x optical zoom interchangeable lens with optical image stabiliser lens that comes standard with the XL2 has an f/1.6 to f/3.5 aperture with a long zoom capability that?s currently unmatched in the market. The tremendous lens system ensures that the XL2 delivers images that are exceptional. Canon?s interchangeable lens system is nothing short of stunning and the new lenses raise the bar even higher.

Any pro will tell you that lens quality and performance is one of the most important aspects when considering any camcorder.

Of course, if we are talking lenses then focus is an obvious issue. The new 20x zoom seems to be greatly improved in this area. In manual focus the lens has a clean mechanical feel rather than the floating associated with electronic focus systems.

The camcorder?s auto-focus system is centre-weighted like most other camcorders. Having an option for other focus priorities when in auto, as is available on Canon?s still cameras, would be a very useful feature.

Internally, the 12-bit DSP (digital signal processor) oversamples, delivering patently better detail in the shadow areas within a shot and also avoids the problem found in the XL1s of clipping brighter highlights.

Combine this with the new CCDs deployed in the XL2 and the result is a finer more detailed image when compared with an XL1. We actually did this on the test bench ? directly compared an XL1 and XL2. Of course, the XL1 we used is three years old and has been something of a work horse, but the difference in image quality is pronounced. The new XL2 delivered a clearer, sharper more detailed image in every shooting situation we compared.

What became abundantly clear on the test bench is that a combination of better image processing, improved CCD chips and a raft of new image manipulation settings make this camcorder dramatically different, and, more importantly, better than its predecessors.

It isn?t only the internal functions that Canon?s engineers focused on when they designed the new XL2. Despite physical similarities, the XL2?s workflow design has also been dramatically revamped. It?s another reason why this camcorder shines ? it has a highly efficient and functional layout of controls.

Externally accessed buttons and switches that control basic camcorder functions are logically laid out and placed where they should be for easy access during recording. Therefore, the controls for focus, iris and white balance are easy to use. And let?s not forget the very smart external access to colour bars. If you are using this camcorder professionally then external access to colour bars rather than having to drill down through layers of menus is a boon.

Physically, the XL2 is extremely robust, with a tough metal alloy body that will withstand considerable real-life abuse. It is really something videomakers should consider when assessing a camcorder; many of the XL2?s competitors are surprisingly flimsy in this department.

While most pros will avoid a colour eyepiece viewfinder like the ?plague?, Canon has done an exceptional job with the large viewfinder on the XL2. The new multi-function colour 5 cm (2 inch) LCD viewfinder can be flipped open for ease of display, or closed to use as an eyecup. In addition, it can be physically moved forward or backward. With its new built-in shoulder cushion, the XL2 feels perfectly balanced, and it?s a great convenience to be able to move that viewfinder backward or forward, and swing the eyepiece out of the way if it?s not a bright day or for off-the-shoulder shots.

There?s a new crosshair centre marker inside, as well as a 16 x 9 framing display, along with control of brightness, colour, sharpness and contrast, with three indicator lights showing record, shutter speed and gain.  This is by far the best colour viewfinder I?ve ever used on a camcorder. It permits precise careful focus even under extreme low-light conditions. For those who still can?t imagine a colour viewfinder doing the job, Canon does offer an optional hi-res monochrome viewfinder as an optional accessory.

Virtually all DV camcorders come completely unstuck in the audio department. Like its predecessors, the XL2 shines when it comes to audio connectivity and overall performance.
The XL2 benefits greatly from an audio circuitry overhaul and considerably quieter overall than the XL1s. The mic level XLR inputs can be padded +50dB to accommodate mixers without mic level output. And single-channel audio now can be panned for dual-channel recording.

The new model also facilitates four-channel audio recording at 12-bit 32kHz. However, you should be cautious of shooting at 32kHz, though, as 48kHz 16-bit audio (CD quality) is the considered professional standard. While you may not notice the difference initially, clipping of certain frequencies can be rather annoying when the video is played back through a serious sound system.

The real story is that with the new cine features the XL2 in the hands of a videomaker prepared to take the time to learn to maximize the camera?s capabilities and in camera features, can create excellent looking images that can be presented on a variety of popular mediums and formats.

The camcorder offers performance with other DV cameras in its class, with the XL2 exhibiting particularly good clarity in the dark shadow areas. How does it compare to Sony?s HDV models? Well, the short answer is that in terms of camcorder design, lens performance and cine features the XL2 is streets ahead. However, there is no denying that the 1080i performance of the FX1 and Z1P is vastly superior to the XL2?s SD output.

For current XL1 and XL1s owners, the advantages of moving up to the XL2 are obvious, as the camcorder exhibits vastly improved performance across the board in terms of superior pictures, better-quality audio, and more efficient camcorder operation workflow.

The Canon XL2 is a simply a superb DV camcorder that is bound to make a significant dent into not only the low-end broadcast and prosumer markets, but is sure to find favour with serious digital movie-making fraternity as well. The XL2 can only be viewed as the ?must have? product for quality conscious producers looking for true 16:9, 25p and 50i operation.

What I loved about the XL2 most was that it delivers perfect 16:9 ratio widescreen images. As well, it delivers the Holy Grail when it comes to the ?film look? ? with 25p Progressive Scan and more control over the output image than you are likely to use in ten years of videomaking! Importantly, even in its normal settings, the XL2 handles difficult contrast ranges to perfection.

So which camcorder would I choose in the prosumer space? This is perhaps the most difficult question I?ve ever faced when it comes to camcorders. However, it has to asked and answered. Right now the answer is unconditionally the XL2, but I can see a time in the not too distant future where HD acquisition and output will become an important decision making factor and the SD XL2 simply will not make the grade despite its great optics and features.