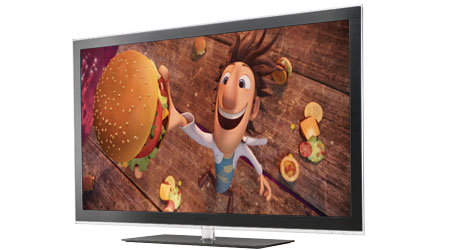 Yamaha has introduced a new line of home theatre receivers, the Aventage range, which will be sold only through specialist retailers. The top model – the RX-A3000 – was supplied to us for review, and I’ve got to say that this seems to be the best all round home theatre receiver I’ve yet seen.

The receiver fully embraces the standards of today, with eight HDMI inputs (one on the front panel) and support for both Blu-ray 3D signals and the Audio Return Channel available from some new TVs. This last lets to the TV send its sound back to the receiver via the same HDMI cable by which it receives video signals.

Perhaps not every standard, though: the receiver does not include Dolby Pro Logic IIz processing, which generates two ‘front height’ speaker channels. However Yamaha has included its own long-standing DSP modes that do the same, and more.

The receiver supports digital music in the usual (eg. MP3, WMA, WAV) and less usual (FLAC) formats over a network or from a USB device.

Its seven amplifiers are each rated at 140 watts. It actually has 11 sets of speaker binding posts, so you can wire up several loudspeaker configurations and simply switch between them, since the two surround rear channels can be redirected to other functions.

Yamaha includes its own YPAO process for automatically calibrating the system and calculating EQ settings to adjust for problems within the room. This worked well in taming some somewhat difficult speakers I had deployed, while providing excellent balance.

The results with all movies, and with multichannel high definition music from SACD (which the receiver supports), was simply excellent. The receiver packed plenty of power to deliver realistic volume levels in a medium-large listening room.

The receiver also passed through all the Blu-ray 3D video content I had to hand (some four different Blu-ray titles) to a 3D TV with no problems. Which is what you’d expect from a receiver with HDMI 1.4 inputs. What was unusual – the first I’ve seen, for sure – was that the receiver’s own neat GUI was able to pop up over the top of 3D signals. That made control of the receiver very easy since interaction was virtually instantaneous.

The video processing provided by the receiver was excellent. It is a new system from the HQV (‘Hollywood Quality Video’) stable, called HQV Vida. The scaling was excellent, and the automatic progressive scan conversion reliable. It may actually yield an improvement in your DVD’s picture quality over your player’s internal video processing. Just set the DVD player’s HDMI output to 576i if available.

Supplied with the unit was Yamaha’s latest wired iPod dock, which plugs into a dedicated port on the rear. Using this, the receiver displays the relevant iPod menus on your TV. Scrolling through long lists of artists was assisted by a feature which allows you to jump through one or ten pages at a time. This came in useful with the Internet radio feature as well, given the literally thousands of stations available. There was also a good range of podcasts linked to it.

The ability of the receiver to play back high quality ‘FLAC’ format files from a USB device was hindered by the location of the USB socket: on the front panel. Leaving a jukebox-like arrangement in place would mean leaving the front panel open the whole time with an ugly cable sticking out.

And since that’s all I can think of to complain about, it is clear that the Yamaha Aventage RX-A3000 home theatre is a very fine unit indeed. That would be at any reasonable price. At $2499 it is also brilliant value for money.