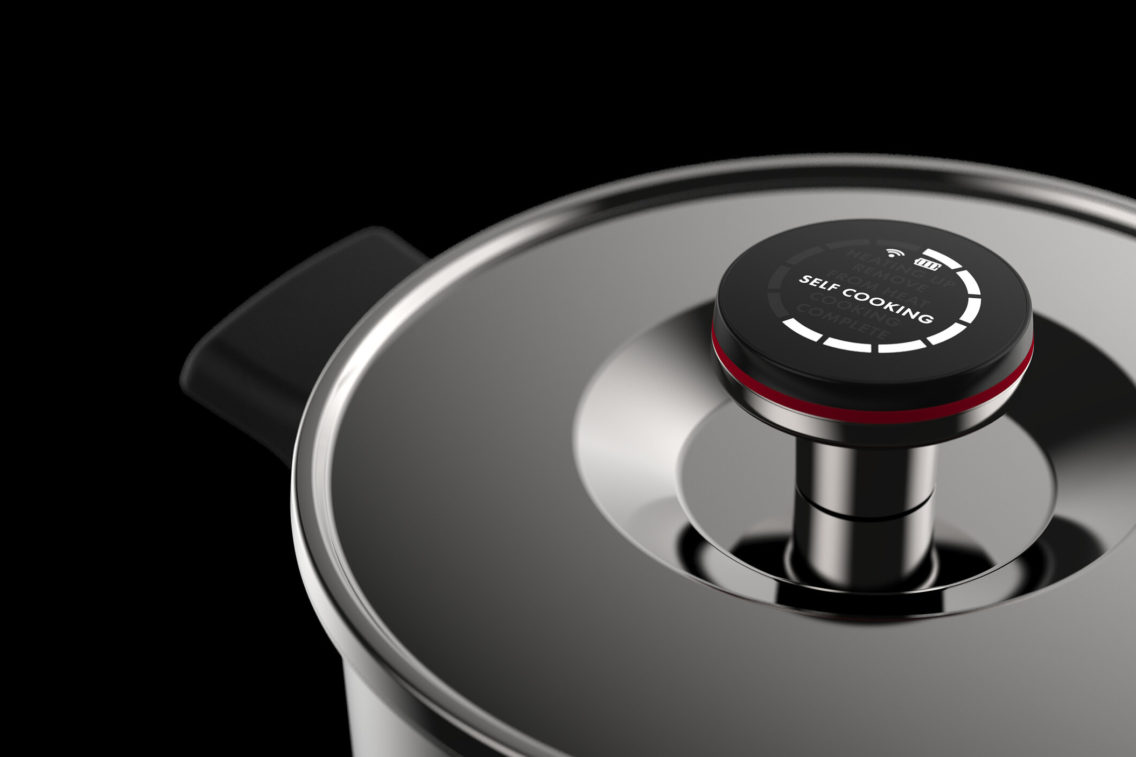 Simply put, the Zega is a 5-litre, double insulated pot and lid with a Bluetooth temperature sensor and an app. You prepare the food, place it in the pot, select the right heat level, and once it reaches that, turn off the stovetop. It does the rest.

Zega is an Aussie invention too. Sounds great – one-pot cooking, far lower energy cost, and very well-made – you can also use it as a standard pot.

Upfront, let me say it does all it claims – it cooks one-pot food beautifully. But it is a challenge is to learn – sometimes by bitter experience – how long the ‘walkaway’ cook time really is. For example – once you start cooking, you must leave the lid on! Opening it to stir or add extra ingredients allows the heat to escape.

This review is more about learning an entirely new way to cook. And realise that the ‘smart’ part is just a BT digital indicator that tells you when the pot reaches the heat for various ‘base’ protein. It does not control the cooking in any way. The app is embryonic, contains some recipes and FAQs.

The secret is the double-wall construction that sandwiches a thermodynamic air layer between two sheets of 18-10 stainless steel. This traps the heat, and the moisture inside the pot makes it like a thermos. You heat it for 8-10 minutes. It cooks for hours, with no stirring or tending required. Because it continues to cook without gas or electricity, it saves money, and it’s perfectly safe to leave unattended.”

It is a 5-litre pot, quite heavy and has a double insulated base, walls, and lid. It is not a pressure cooker, more akin to a slow cooker, and that is where the first caveat comes in.

We decided to cook a Thai Beef Massaman curry. It is a time-proven slow cooker recipe taking four/six hours on fast/slow settings. Now we admit that this is not a Zega recipe, and we perhaps should have started with one.

We set the large gas hob to the lowest heat, put the pot on, selected Quick Cook (Beef) in the app, and about 10 minutes later, the gauge/app indicated to turn the stove off. But the total and unexpected cooking (standing) time was just on 2-hours. We had to let it sit for an extra four hours, and by that time, it was cold. That is not an issue – you can simply gently heat it to serve.

The curry was different. The oyster blade beef (cheap cut perfect for slow cook) was tender, but the fat had not rendered out of the meat. The flavour was good but lacked a little depth that a slow cook can bring out. Still, very acceptable although we prefer the slow cook taste.

The recipe states 45 minutes (plus preparation), and that is what it took. We usually cook spag bol in a saucepan and simmer covered for 45 minutes and uncovered for 30 minutes. Again, it was perfectly cooked, but the flavour was not as intense as the saucepan version. In part, the latter uses heat reduction with the lid off to stream off water and bring out the flavours.

There are about 60 recipes for chicken, vegetables, fish, pork, beef, and lamb. I am sure that as this cooking style takes off, there will be a lot more. The emphasis here is that this is one-pot cooking, so recipes are all about stews, braised meats, casseroles, curry, soups and wet dishes.

Although there is a 15-minute recipe for corn on the cob using just lemon juice and white sugar but the wet bit is that you have to add four litres of water to cook the corn in. And it recommends charring the corn on the BBQ first for a more intense flavour. Perhaps this is easiest in a microwave!

There also ‘quick cook’ recipes (same base protein) that we should have followed for the Thai Beef Massaman. Basically, select the protein, put your ingredients in the pot, and set the suggested heat level (low, medium or high). * The digital indicator would be far better if replaced by a digital temperature readout. It then heats to the hob temperature and starts cooking when you turn off the heat. The problem with quick recipes there is no time estimate.

However, the FAQ’s reveal that Zega allows

It says the cook times are a guide, and you can extend these, but that would require a reheat and further cooking. No – the times are the times!

It also warns you to reduce the stock/liquid by about 30% because there is no stream reduction.

* What is low, medium and high pan temperature?

According to FineDiningLovers, these are typical heats

One would assume that the stovetop knobs usually marked low, medium and high correspond, but you would be wrong. Every brand and model seems to have a different tolerance based on the element/ring size. For example, using a Weber Grill BT Thermometer (9.6/10) a Meile gas cooktop on high hits

If you are serious about the Zega, you will need to know how your hotplate performs.

A few of our FAQs

Remove the digital crown before washing. It is a BT device that uses a special charging dock. No recharge times yet – a 30-minute charge will give you at least 6 hours of cook time. No wall charger supplied – it works well with a standard 5V/2A USB charger.

It has a vegetable steamer pot that also doubles as a grater. There is also an elevated meat rack that lifts meat out of the liquid.

It is a great idea. Zega is a safe bet either way. If you learn to use it for wet dishes, especially to replace a slow cooker, it is fine.  Here, the term ‘slow’ means two hours of cooking, and holding is another two hours at best.

If you don’t like it, it is a well-made, decent priced 5L pot that every kitchen needs – a big pot that can easily feed a large family. Will ‘walkaway’ cooking become an accepted new form of cooking? Probably not – the real driver is energy efficiency, and its stay hot properties may mean it becomes a viable cooking method. It is a bit like the sous vide craze – it won’t be in every kitchen soon. And there is the issue of flavour intensity. Regardless of heat efficiency, it simply does not render food as a slow cooker does. So, use more flavour, condiments and spices.

On a quality scale as a 5L pot, it is a 10/10. On a cooking scale, it is for wet, one-pot cooking. It is not quite a replacement to the el-cheapo Kmart slow cooker. On a new trend scale, it is going to take time to gain traction.

Our pass mark is 8/10, and we will start there. Over the coming months, we will see if it becomes a beloved kitchen implement like the excellent Ninja Foodi Grill (8.9/10) has become absolutely essential in our kitchen.

Features
8
Value for money
8
Performance
8.1
Ease of use
6.9
Design
9
Positives
Aussie invention
Walkway cooking's main attraction is energy saving
It is for 'wet' dishes like casseroles etc
Well-made quality 5L pit
Lifetime guarantee
Negatives
Seems to lack intensity of flavour that slow cooking brings out - use more condiments
Unless you use a recipe you are really on your own and need to experiment
8