The fourth phone from HTC to sit under the new “One” branding, the HTC One V takes on a look similar to the older Legend handset we saw a few years and gives it some much needed upgrades an bringing the operating system up to scratch.

HTC’s last One handset for us to review out of its initial announcement at Mobile World Congress this year, the One V is a refresh of an older handset.

Smartphones live and die by their display technology, and here on the One V you’ll find a 3.7 inch Super LCD with last year’s regular 800×480 resolution. With those details, we can find that the One V features 252 pixels per inch, lower than the 330ppi found on the iPhone 4/4S.

The chassis is made from a combination of metal and rubber, with the 1500mAh battery built into the phone. At the base of the phone, you’ll find a little rubber and plastic section that can be removed, with the SIM and microSD slots underneath.

Inside the handset, you’ll find a 1GHz single-core processor 512MB RAM, and 4GB of internal storage, though barely 1GB of that is available to you. A reasonably up-to-date Android 4.0 “Ice Cream Sandwich” is the operating system you’ll find out of the box, running a slightly different version of HTC’s Sense 4.0 overlay.

Connectivity is about par for the course here, with 802.11 b/g/n WiFi, Bluetooth 4.0 with A2DP, AptX support, and GPS, while multimedia features include Beats Audio and a rear 5 megapixel camera with LED flash and 720p video capture. There is no front-facing camera on this handset.

Ports are pretty limited here, with only a 3.5mm headset jack up top and a microUSB charge and data port on the bottom right of the handset. Buttons are equally limited here, with physical buttons existing for the volume rocket on the right and power button on the top of the phone, with the HTC three staple soft buttons on the front of the handset, acting as back, home, and task manager.

A notification LED strip can also be found on the very top, blinking when the phone is receiving charge or when there’s some form of notification.

The little brother of HTC One X, XL, and S handsets announced earlier this year, the One V is a different type of phone for someone with a very different budget.

While the X boasted performance, the XL went for the jugular with blistering 4G speeds, and the S played second fiddle to the One X’s level of performance, the HTC One V looks to be a decent all-rounder, refreshing the chin smartphone design with Google’s recently released Android version 4.0, also known as “Ice Cream Sandwich.”

Picking up the One V, you’ll notice that it feels very slick, with a metal gray back. The design harks back to when HTC released its excellent Legend smartphone in 2010, although things have been updated slightly since then. Two rubber sections can be found here, one surrounding the rear camera, with the other along the rear bottom where it pops off and hides the SIM and microSD slots.

The slightly slanted chin is still a nice look, though one that has, for the most part, been retired for the simple flat look on most phones.

Here in the new handset, you’ll find a 3.7 inch screen up from the 3.2 the Legend had, a higher resolution 480×800 Super LCD screen with decent viewing angles, and an operating system that feels quite modern.

While the OS looks and feels like a recent version of Android, the usual amount of extra work HTC throws into its phones is mostly missing here, with the experience a blend that combines the look of HTC’s Sense overlay and the usability of stock Google Android.

That means there’s none of that 3D interface that we’ve seen on HTC’s handsets for around a year, and the experience really feels like a much flatter two-dimensional experience than what the company has been pumping out year after year.

It's a "HTC Sense means stock Ice Cream Sandwich" look for the One V.

The ring-based lock screen is still there, and you can easily switch out your most favourite apps quickly, as well as add widgets without any problems, but the dimensionality seen on other HTC handsets is missing in action on the One V.

Despite this, it’s a relatively pleasing experience, though it does exhibit the odd bug here and there, with the on-screen keyboard occasionally going missing, and the pull-down Android message bar disappearing and blending into whatever you were looking at.

HTC has kept the button layout from its 2012 phone range, meaning you have a back button, a home button, and a reasonably useless multitasking app manager button, that like in the other models, we wish was a menu button instead.

When it comes to the battery, we were literally blown away by what the One V is capable of showing. We’re guessing the “V” means “very good battery life,” because that’s exactly what you get here in this handset.

Four days of battery life. Not too shabby. In fact, that's pretty impressive.

Our test normally has us using the phone for calls, sending texts, web surfing, doing a fair bit of social networking, as well as checking our work and home emails. With this, we were able to use the battery well into a third day of a single charge, boasting what had to be the most impressive smartphone battery we’ve come across in years.

We actually managed a fourth day out of it, though to be fair, it did run severely close to being out of battery on this day, which made us pull out the charger and plug it in.

Four days of use, though, is bloody impressive, and if you get a lot of use out of your phone, with plenty of 3G downloads, Bluetooth usage, and make a lot of phone calls and texts, we’d say you should be able to get between one and two days of use, which isn’t bad. When you go significantly less, we’re talking about between two and four days, which is amazing.

We charged the HTC One V on September 8, and ran it all the way to September 11 on one charge. If you're a heavier user, you'll probably nab two days on this handset.

Of course, a solid battery life on a smartphones suggests that the device probably won’t have a lot of speed or performance, and that’s something that is entirely obvious when you start using the V.

While we’re used to seeing dual- and quad-core processors powering most Android smartphones from this year, the One V features a low-end single-core chip that brings it down to performance levels seen in two year old handsets, barely scraping above the HTC Desire HD released in 2010.

In fact, it is the same processor used in that handset, only that it appears in a new handset boasting a smaller and better screen, better operating system, and larger battery.

Two years on, the performance should definitely be better, even in a budget handset such as this, especially if the handset is expected to last a good year or two longer from the time it’s purchased.

The benchmark certainly doesn’t make any positive impacts on us, and while software benchmarks generally don’t give a real world indication to speed, the lack of speed can be noticed in most things you use the phone for.

Take switching between apps and browsing the menus, both of which have a very noticable two to four second delay from when you press a button and something happens.

You may find that you’re hitting the home button more times than you’d otherwise like, as the phone struggles to do the first action.

Some very odd bugs popped up here and there.

We even noticed a problem with the touchscreen and USB connectivity that, when the phone is charging, causes the capacitive screen to stop working. This was a problem because when we left the phone to charge overnight and our alarm went off, we weren’t actually able to switch off the alarm thanks to the screen not working properly.

Web performance could even be better, with the One V offering a reasonably budget maximum download speed of roughly 7Mbps, although in our tests, we averaged closer to four. That should be enough for most people, but it could bug people depending on how quickly they want to check out that YouTube video or download apps or music.

Speaking of downloading, there’s virtually no memory on the inside, so you’re going to need a microSD card if you plan on doing some picture taking or listening to music.

Smartphones can be hard to pick, especially when you know that you’re going to be locked into a two-year contract with one, or if you’re plonking down lots of cash for a device you hope will last you until you can afford – or need to buy – another one.

HTC’s One V isn’t perfect and definitely won’t win any performance awards, but if you’re after a handset that goes the distance with battery life, this is the one to consider. Its speed – or lack thereof – certainly leaves a lot to be desired, and we wouldn’t suggest it for everyone, but if battery is your main concern, we’d look at the HTC One V. 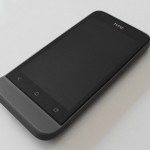 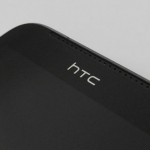 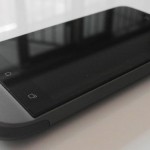 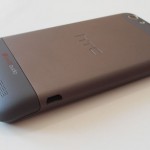 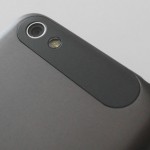 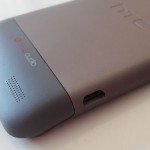 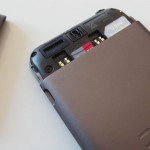 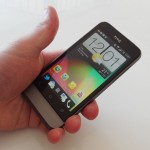 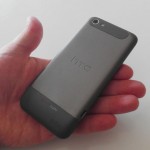 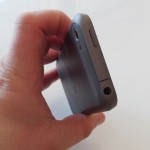 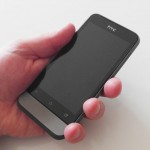 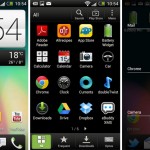 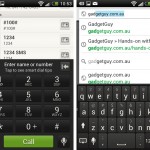 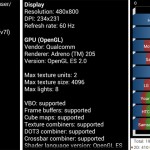 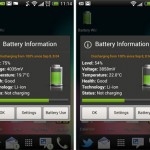 Four days of battery life. Not too shabby. In fact, that’s pretty impressive. 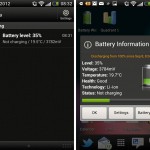 We charged the HTC One V on September 8, and ran it all the way to September 11 on one charge. If you’re a heavier user, you’ll probably nab two days on this handset. 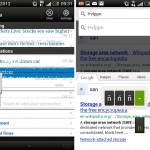 Some very odd bugs popped up here and there. 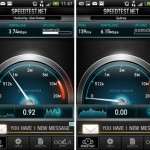 Marley brings the warmth of wood to wireless headphones