Every major computing brand seems to be jumping on the Ultrabook bandwagon, and next in line is Toshiba, producing a machine that manages to get almost everything right.

While other manufacturers are building multiple configurations of their Ultrabooks, Toshiba has a different approach in the Z830: one spec that serves the purpose.

For its internals, Toshiba has decided on the second-generation Intel Core i5 processor clocked in at 1.6GHz matched with 4GB RAM.

A solid-state drive will add to the performance, although storage isn’t quite in abundance in this model, with a 128GB model picked with only 74GB available to you after the computer sets itself up, thanks in part to Microsoft Office and Windows Home 64-bit.

Like many Ultrabooks, this one features a 13.3 inch screen with 1366×768 resolution, as well as a webcam above the screen. Video is handled by Intel’s own HD3000 graphics, while audio is handled by stereo speakers and a microphone built into the computer.

Connectivity options are plentiful here, with WiFi 802.11 b/g/n, Bluetooth 3.0, DLNA, HDMI, VGA, SD card slot, and a built in 1Gbps LAN port – something other Ultrabooks often bundle in via an external connector.

Three USB ports are also included here, one of which takes advantage of the high-speed USB 3.0 format.

As far as build quality is concerned, Toshiba has done a standout job in the Satellite Z830.

You’ll see it in the brushed aluminium top, the more subdued gun-metal bottom, and a thickness and weight that makes it barely noticeable. In fact, the Z830 is one of those machines that will delight you in how thin and light it is, with it’s 1.12kg weight hardly felt.

The screen frame is also very flexible, something Toshiba says adds to the durability, with a display that apparently won’t crack under pressure. Some might say that it’s a little too flexible, but provided you don’t put too much pressure on the screen, you won’t notice it.

Toshiba generally makes good keyboards in their laptops, and we weren’t disappointed here either. The keys are soft, make a light tapping sound, and you find that you don’t lose any letters as you type, something that ultra-thin notebooks like this are prone to seeing.

The trackpad is also excellent, the plastic surface and click buttons being very easy to use. Multitouch gestures aren’t as solid here, with pinch-to-zoom gestures being the only ones that worked for us. Two finger scrolling seemed to be missing for us here, though, with no easy way of scrolling in documents or webpages.

Toshiba’s inclusion of backlit keys is a welcome one, though we would have preferred if the backlighting had varying brightness levels. Here on the Z830, you’ll find settings of on, off, and timed for 15 seconds.

For this Z830, Toshiba has gone with the Intel Core i5 processor, a chip that certainly offers enough speed, complete with a 22 second start time from off and a 2-3 second return from standby.

As for battery performance, we managed around five hours of life from the Z830, which is pretty much par for the course when it come to Ultrabooks. You might be able to squeeze an extra hour out if you switch WiFi off and turn the screen down on settings, but that’s roughly all you’re going to get in this model.

The power pack follows a pretty standard design too, with the typical two part design: a long rectangular power brick with a cable. It’s not the simple carry-on design that Apple’s MacBook Air features, something that Asus seems to have picked up on in its Ultrabook design.

Toshiba has managed to nail much of what we look for in a laptop, coming through in most aspects. But somewhere around the screen, the company appears to have dropped the ball a little.

We were a little disappointed with the resolution Toshiba chose here. While Asus managed a 1600×900 resolution in its 13 inch UX31 Ultrabook, Toshiba has gone with a fairly standard 1366×768 panel. This may not be a low resolution screen, but it’s just so ordinary that we’re surprised Toshiba didn’t offer something a little higher quality, especially since the direct competition – Apple’s 13 inch MacBook Air – offers 1440×900.

If the resolution doesn’t annoy you, the viewing angles and glossiness of the screen might. Like some of the cheaper panels we’ve seen in laptops throughout the years, you pretty much need to be looking at this screen dead on for the colours to be decent, otherwise you’ll see washed out imagery. The reflectivity of the panel is very noticeable too, and is a perfect example of where a matt screen would have made all the difference.

While the screen isn’t the level of quality we expect in Toshiba’s premium products, the Satellite Z830 is one of the best Ultrabooks we’ve seen to date, marrying an exceptional design, solid build, and excellent price point. 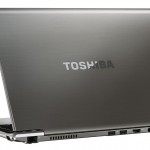 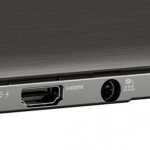 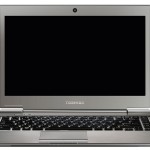 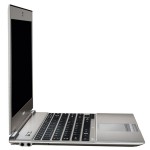 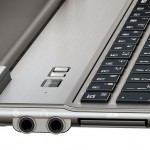 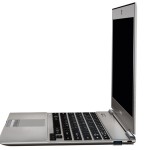 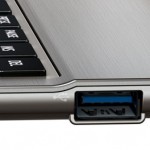 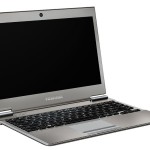 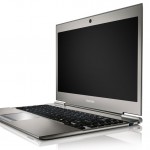 Windows 10 is here, so are the computer makers ready?