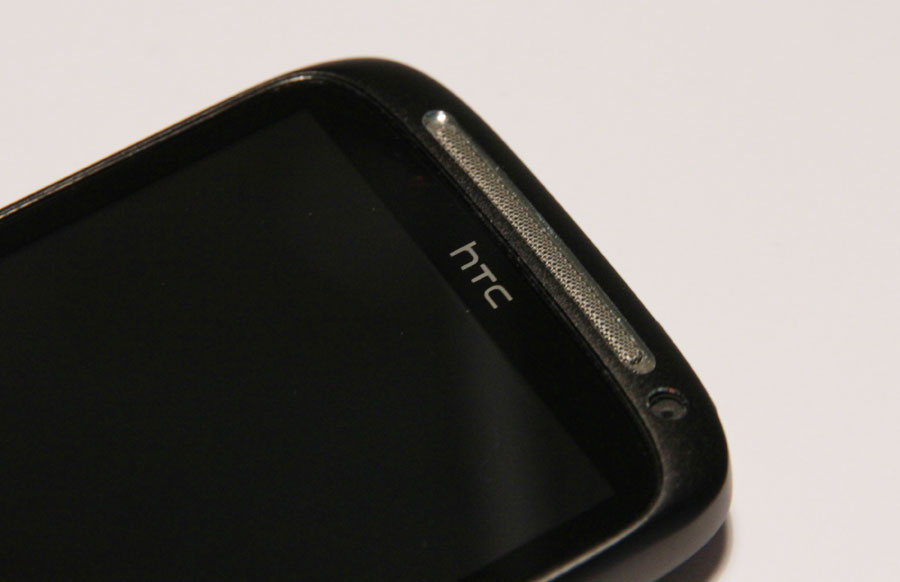 The follow up to last year’s HTC Desire brings some welcome changes, including a more solid design, less bulk and an updated operating system.

The fourth phone from HTC to go by the “Desire” moniker, the Desire S is an update to the HTC Desire, the company’s first real foray into the world of Android in early 2010.

Gone are the physical buttons from the old Desire, with the staple Android Home, Menu, Back, and Search buttons now presented as touch-based icons beneath the touchscreen.

Gone too is the optical trackpad seen on the first Desire – and little wonder too.  With touchscreens now the preferred interface, this technology is fast becoming a relic technology for mobile devices.

Even the build quality has moved up a notch, with the plastic casing of the old Desire replaced by the aluminium unibody seen throughout much of HTC’s current range.

Upgrading the Desire for 2011 isn’t just a cosmetic matter  – there are changes on the side too. HTC has increased internal memory from 576MB to 1.1GB; thrown in a front-facing VGA camera for video calling and DLNA wireless networking; increased the maximum download speed from 7.2Mbps to 14.4Mbps, and moved the operating system to the most recent version of Google Android – 2.3 “Gingerbread”.

The grunt underpinning operations has taken an upgrade too, with the Desire S retaining the 1GHz speed of the Desire but moving to the most recent version of Qualcomm’s Scorpio processor to keep the operation snappy. The graphic processor, too, has been upgraded to the newest Adreno.

The rear camera is the same as on the original Desire, with 5 megapixels, autofocus, and an LED flash still part of the package. Other strong features that made the original Desire such a good phone have been continued in the S, and include a 3.7 inch Super LCD screen, Gorilla Glass screen protection, Bluetooth 2.1 with A2DP, WiFi, and GPS.

Pick up the Desire S and you’ll be struck by how nice it feels. HTC’s aluminium unibody doesn’t account for the entire device  – the top and bottom rear sections are encased in a rubber finish that allows easy grip, and makes the handset feel a little more robust than its predecessor too.

If you have smaller hands, you’ll appreciate the size; a smaller form-factor than what we’ve been seeing recently in the 4 inch and larger mobile devices.

The Desire S runs on Gingerbread, the most recent version of Google’s Android OS, and with it, a more current version of HTC’s Sense overlay to Android. The menu system is split into sections – Downloaded, Most Frequently Used, and All Apps – making it easy to find an app quickly.

There’s also only one button press to customise your screens, with the shortcut found on the bottom of each of the seven home screens. From here you can change the wallpaper, widgets, add folders, and even change the look of the HTC Sense overlay.

And much like previous HTC handsets, you can still pinch the homescreen and see all seven of your widgetised screens, as well as view animated weather if you use HTC’s weather widget.

The speed of the new Desire is a noticeable improvement on the model it updates, with no obvious slow downs as we surfed the web, accessed social networking services, and made phone calls.

Even the call quality sounds crisper, with high definition voice supported on the Telstra NextG network. This is actually the second handset we’ve tested to support this feature, with the Desire S joining the Sony Ericsson Xperia Neo.

Battery life is about normal for Android devices here, with the Desire S fetching a good day of life when accessing the web, making phone calls, and using the phone for email and social networking updates. Most of the time, our usage would fetch us a full day, with no need to recharge until we got home, a result that pleased us more than when we played with HTC’s Desire HD last year.

We wish, however, that HTC would include more memory in its devices. The Desire S’s 1.1GB of internal memory just isn’t enough in a world where handsets are arriving with at least 8GB inside, and without more internal space, this handset fails as a one-stop shop for our music, apps, and multimedia world.

With a slightly better internal spec and a few millimetres and grams shaved, the Desire S isn’t a major advance on the model it replaces. That said, the original Desire is an impressive handset, and this refresh – minimal as it is – improves on it.