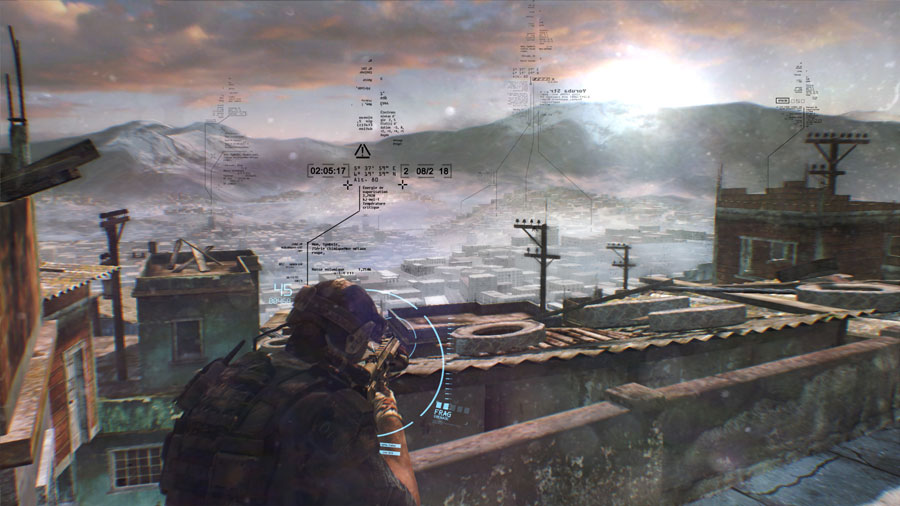 The long-awaited sequel to Ghost Recon Advanced Warfighter 2, ‘Future Soldier’ marks itself out as a very high quality product right from the word ‘go’.

As the title suggests, Ghost Recon Future Soldier features some entertaining near-future gadgetry that is fun to use, even though you can only really deploy any of it when you’re instructed to do so.  Each mission requires you to equip yourself appropriately for the forthcoming task, but there’s no latitude to pick up the superb drone, for instance, and just mess around with it once you’re out on the battlefield.

The graphics, animation and overall polish of ‘Future Soldier are of an incredibly high standard. On the other hand, gone is the freeform, ‘go-anywhere’ structure of previous games – even Advanced Warfighter 2 wasn’t quite this prescriptive – and, doubtless in a bid to share in the fortunes of its principal competitor, Ghost Recon Future Soldier has been constructed in a strictly linear fashion, with interstitial in-game sequences providing cohesion to push the main storyline along and numerous countdown clocks to artificially induce excitement.

Much like Gears of War and Modern Warfare before it, Ghost Recon now caters to the attention-deficient-generation of game players who apparently need to be told exactly where to go, what to do and how to do it at every given moment.

The innovation of ‘active camo’ increases the opportunity for stealth and makes you feel like a high-tech ninja. Non-player character artificial intelligence is reasonable while under attack, but can be occasionally frustrating at close quarters, focussing only on your character and triggered when deemed that you’re too close or in the sight lines of an enemy.

The same does not apply to your comrades, who in many instances can be crouched, under camouflage, right beside the enemy who completely ignores their extreme proximity but still appears to be able to see you, meters away and around a corner. Equally, Future Soldier relies on the heavily scripted ‘tripwire’ method of triggering enemy behaviour, so things don’t happen until you cross certain thresholds and, when you do, they play out the same way every time.

So the single player campaign is a prescribed sequence of missions that deliver thrills at the expense of player expression, while the multiplayer portion of the game embraces both adversarial and co-operative experiences.

Emulating Electronic Arts by forcing a connection to their own servers and locking second-hand game buyers out of immediately being able to enjoy aspects of the game unless they purchase a ‘pass’, Ubisoft is taking the fight to the retailers without much prospect of retaliation. Nevertheless, once accessed, the multiplayer is entertaining, with several options that, while not as innovative as its Splinter Cell stablemates, deliver a fast paced, sometimes tense, often fun experience (especially with co-ordinated ‘synch’ takedowns).

In aiming for a slice of the enormous financial pie that greets every Call of Duty release, Ubisoft has backtracked on the essential and distinctive character of Ghost Recon. The one-shot kills, the stealthy, considered movement and economy of action, the ability to approach objectives in numerous ways, using whatever path you choose: these (especially that latter aspect) have all been dialled down in favour of creating a gaming experience that delivers action, speed and tons of drama.

The gameplay is thereby transformed in such a way that it is at once both beyond recognition for Ghost Recon fans but instantly familiar to anyone who’s played their competitors’ titles.  Whether you consider this an advance or a retreat depends on whether you like your videogames to make you think or make you twitch.

Even the bonus gameplay mode, ‘Guerrilla’, while suggesting a stealthy, tactical experience forsakes any chance of an advanced ‘terrorist hunt’ scenario and instead comprises a copycat version of ‘Horde’ from Gears of War, whereby you have to withstand the onslaught succeeding waves of enemies.

None of this is to say that Ghost Recon Future Soldier is a poor experience – on the contrary, it’s a highly polished, tightly directed ‘shooter’ videogame that delivers thrilling weapons and gadgetry in exciting action sequences. The fact that the experience is virtually indistinguishable from Modern Warfare 3 or Black Ops may be of little consequence but, for those who can recall the first three games in this incredible series, it’s hard to let go. 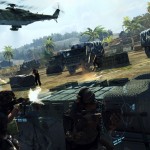 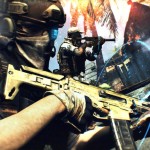 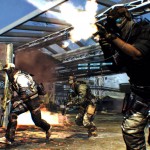 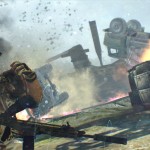 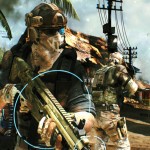 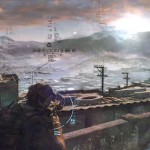 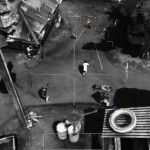 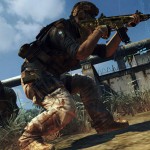 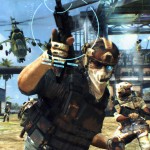 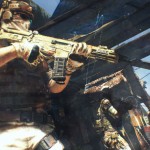